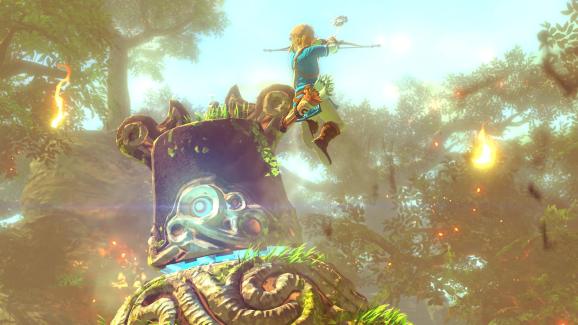 Breath of the Wild was the first Switch game Nintendo confirmed.

I don’t think Nintendo is going to delay the NX, but your conclusion may vary when you look at how long Nintendo has between now and March.

If the NX launches in March, the allegedly portable console will have one of the shortest marketing runways in the history of the console business. During a conference call with investors in April, Nintendo confirmed the NX’s 2017 release window. Since the company typically releases new hardware on Sundays, we can estimate that the publisher is potentially aiming for a March 26 launch. That means if Nintendo revealed the NX today, it would have only 158 days to build up excitement before the launch of the dedicated gaming hardware.

To put that in perspective, the shortest turnarounds between first public reveal of a console and its subsequent retail launch was Sony’s PlayStation 2 followed by Sega’s Saturn. The PS2 had 166 days between its debut at the Tokyo Game Show in September 1999 and its Japanese launch on March 4, 2000. Sega showed off the Saturn console at the 1994 Tokyo Toy Show on June 2 before rolling it out in Japan 173 days later that November.

Here’s a chart from Reddit user MikeMania that puts things into perspective visually. Note that the PS4 should actually be 268 days because Sony revealed most of the details about the system at a February 2013 event. 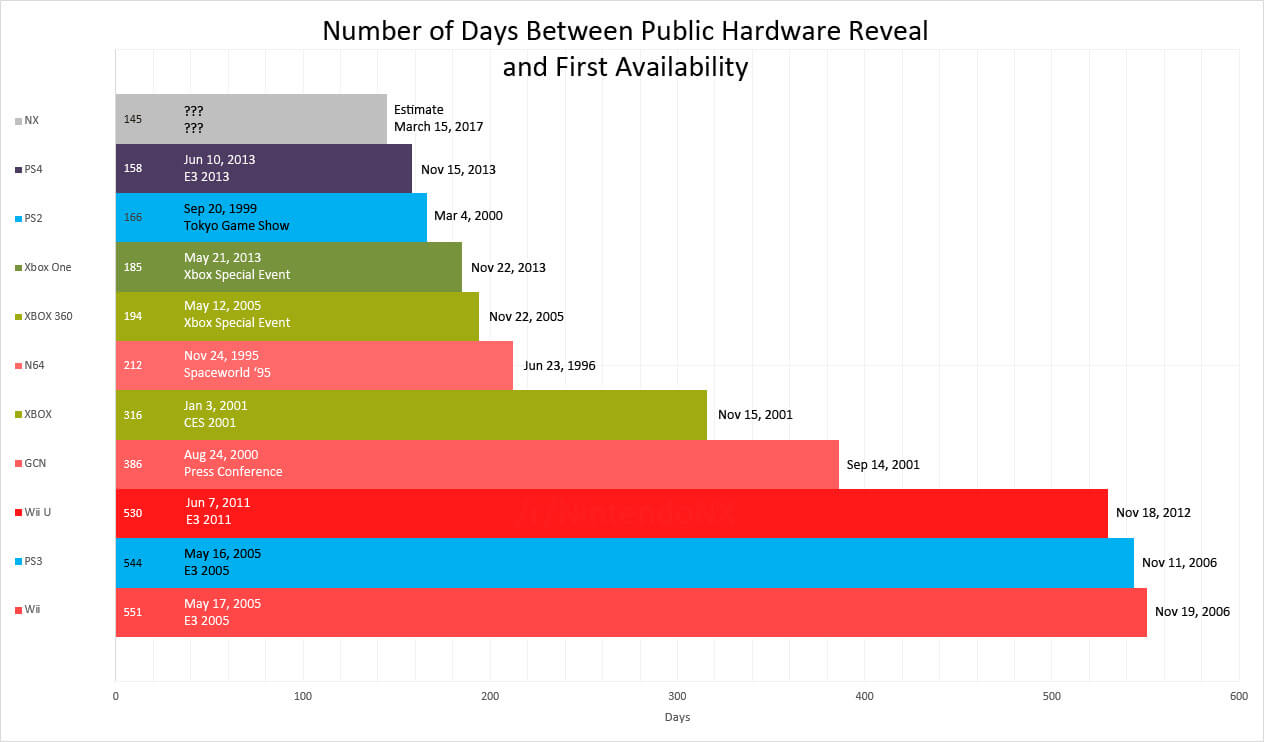 Above: Nintendo is running out of time to announce the NX.

Of course, 158 days is still a lot of time. But Nintendo is clearly not going to announce the NX today. It still could this week, according to Wall Street Journal. That newspaper is reporting that it is “not impossible” that Nintendo could post an online presentation this week about the upcoming system. It’s much more likely, however, that the company will begin sharing details about how it will announce the NX when president Tatsumi Kimishima holds a conference with the media next Wednesday. By then, the company will have 151 days, or exactly five months, until the last Sunday in March.

If the publisher has a lot to reveal, it could pack the next several months with a ton of information about the NX. That could keep hype levels high, and the company would likely take ownership over the post-holiday season. The first quarter of the year is typically a quieter for the gaming industry. But if Nintendo is planning a dense marketing campaign, it could grab and hold onto attention starting now and building through the NX’s eventual March release.