Osmo has made its mark with award-winning augmented reality iPad games for children, and now it’s launching another one: Osmo Pizza Co., where kids learn how to run a pizza shop and develop entrepreneurial skills. It’s another magical way to teach kids how to run a business, make change, and keep customers happy.

The title is the third game that Palo Alto, Calif.-based Osmo has launched this year, and it once again uses the iPad camera and a simple mirror to create an augmented reality experience for children ages 5 to 12.

With Osmo Pizza Co., you attach a mirror to the top of an iPad, enabling its camera to see what is immediately in front of the tablet. Then you start the game, responding to customers who ask for a certain kind of pizza. You place faux pizza dough in front of the iPad. Then you quickly place pizza toppings on top of it, fulfilling the customer’s order.

“You learn how to make customers happy and then spend your money to upgrade your pizza parlor,” said Pramod Sharma, the CEO and cofounder of Osmo, in an interview with GamesBeat. “This is like your first job, running a proverbial lemonade stand in AR.” 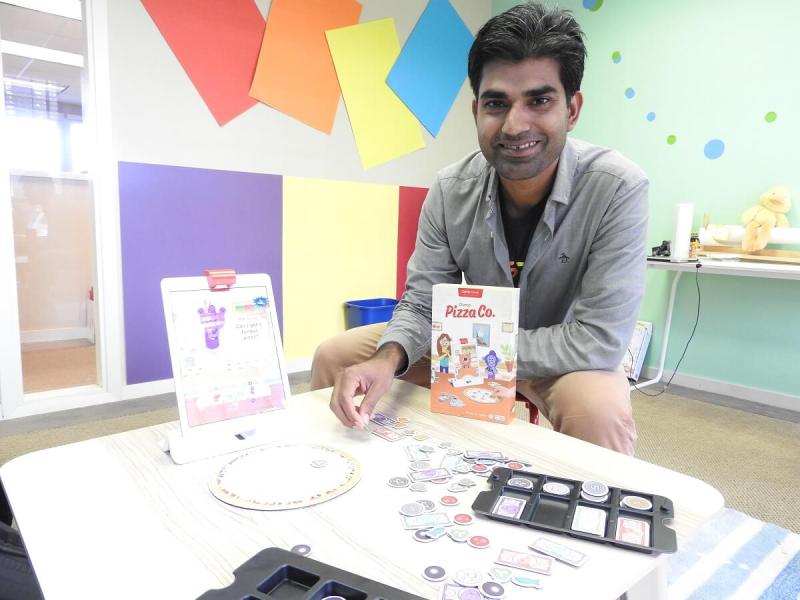 The child serves as owner, chef, and cashier of the pizza shop. The game teaches kids real-world math, financial literacy, emotional intelligence, and more. If the customers are happy, they can leave positive reviews for the restaurant.

Sharma asked me what my first job was as a kid (I used to paint my relatives’ houses). It’s a rite of passage, like running a lemonade stand. In this case, a pizza parlor made for a better game as orders are more complicated. It’s also an important part of the economy, yet schools don’t really teach kids how to run their own businesses. Osmo wants kids to learn that as early as possible and derive lessons in creativity, self-confidence, resilience, initiative, and empathy.

“I wish I had something like Pizza Co. when I was a kid,” Sharma said. 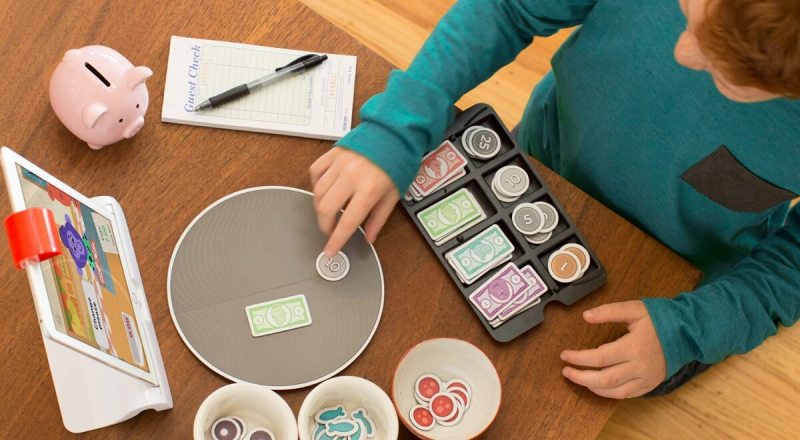 Above: Osmo uses the iPad camera to recognize objects in Pizza Co.

Osmo Pizza Co. is full of cute animals who love to eat pizza. They make happy or sad faces or grunt with approval when you fulfill their orders or make the right change. But if the child makes a mistake, the animals let them know it. You can upgrade the shop and decorate it. In later levels, you have to buy your own inventory and replenish it. The game has four difficulty levels.

“We captured two aspects of startups,” Sharma said. “One is trying to make the customers happy. The second is figuring out how to grow your company. Once you make money, you have to reinvest it.”

Osmo Pizza Co. sells for $39. The commerce kit, which includes the Osmo game system base and mirror, Pizza Co., and other apps Newton and Masterpiece, sells for $59. 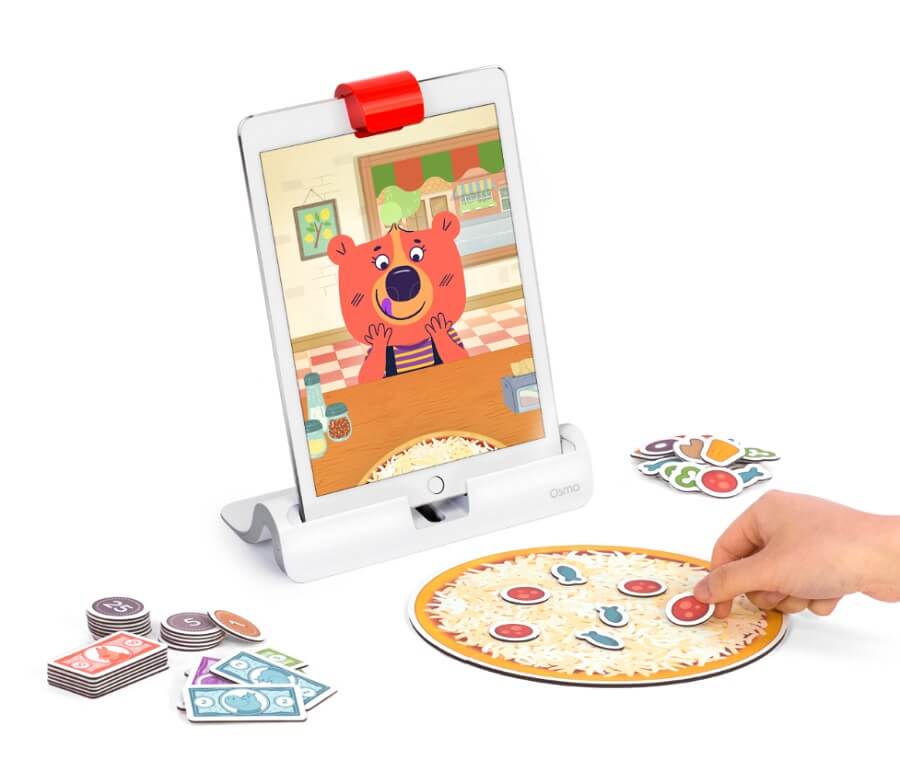 Above: Osmo Pizza Co. comes with these objects (iPad not included).

Previously, Osmo has used physical, interactive play to teach kids how to code with Coding and to spark creativity with Masterpiece and Monster. The company’s first product was recognized as one of Time Magazine’s 25 Best Inventions of 2014, and it continues to be a favorite of teachers, parents, and kids alike.

Former Googlers Sharma and Jerome Scholler started Osmo in 2013. The company has 45 employees and 10 contractors. Over time, the company shifted its focus for its AR technology from adults to kids.

“We are trying to be a kids-first company,” Sharma said.