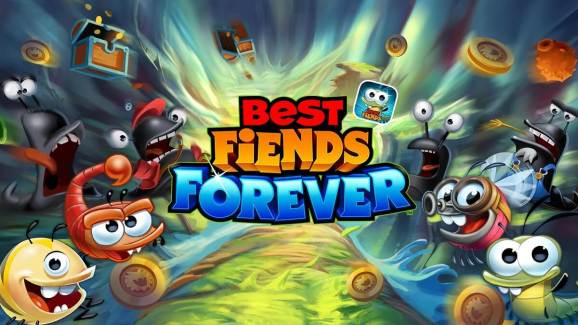 These folks are serious about the $36 billion mobile game market. Finland’s Seriously has launched Best Fiends Forever, the second game in a trilogy of mobile games based on the Best Fiends franchise, which has had more than 50 million downloads to date. 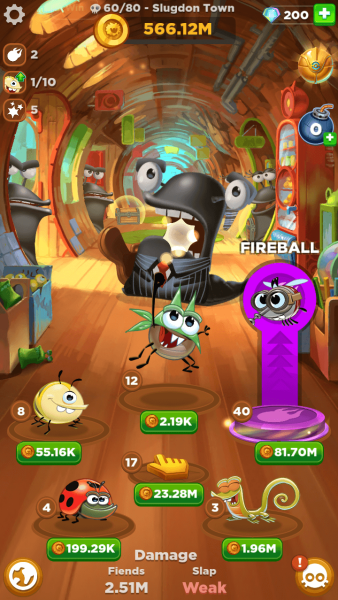 The game is a “clicker adventure” set in the universe of Best Fiends, which was a hit game that Helsinki, Finland-based Seriously launched in October 2014. And to help it stand out from the crowd and fund a good cause, Seriously has partnered with charity Oceana to drive awareness and fundraising to the nonprofit. The title is available as a free-to-play game on the iOS App Store and Google Play.

Best Fiends Forever was written by Emmy-award-winning producer and writer Stewart Burns (a writer on The Simpsons), and Heitor Pereira (Despicable Me) composed the music. Mobile gaming has become a tough market where user acquisition costs are driving smaller developers to turn to new platforms such as virtual reality. But Seriously is one of the rare successful game studios that gets a crack at a second big game.

“The new game continues the journey of our heroes, the Fiends, through the world of Minutia and their battle against the hapless Slugs,” said Petri Järvilehto, the cofounder and chief creative officer of Seriously, in a statement. “Tapping into the hottest new genre in mobile gaming – clicker games – players can slap, collect, and level up pretty much everything in the game. While it’s very approachable and fun for the whole family, there’s a lot more strategy than initially meets the eye.”

Best Fiends still has more than 2 million daily active players, and people have spent over 25 billion minutes experiencing the world. The game has generated more than $50 million in revenue to date.

“At Seriously, we are challenging the traditional Hollywood model by focusing on building entertainment brands on mobile first, as the media audience has shifted there,” said Andrew Stalbow, the cofounder and CEO of Seriously, in a statement. “By being directly connected, our fanbase has the opportunity to take a journey across our network of games, products, videos, and upcoming animated shorts as we work to build the Best Fiends brand into a global entertainment franchise.”

Seriously partnered with Hollywood talent for the second game, such as Burns and Periera. And in the partnership with Oceana, an organization dedicated to protecting the world’s oceans, Seriously has created an in-game integration where players will reach the Oceana Island and discover more about the work the nonprofit does. For more details, visit bestfiends.oceana.org.

“We count on our supporters around the world to raise their voices on behalf of the oceans,” said Andrew Sharpless, the CEO of Oceana, in a statement. “We’re thrilled that Seriously is providing a platform to get potentially millions of mobile-savvy people involved with our work.”

Additionally, Seriously has created a Best Fiends Forever influencer marketing campaign that has generated more than 200 original videos from influencers such as DanTDM, LDShadowLady, and Joey Graceffa.

Seriously has 48 employees. It raised money from Upfront Ventures, Northzone, Korea Investment Partners, Sunstone Capital, and Daher Capital. Seriously has offices in Venice, California, where business development and marketing are based, and in Helsinki, Finland, where the studio is located.