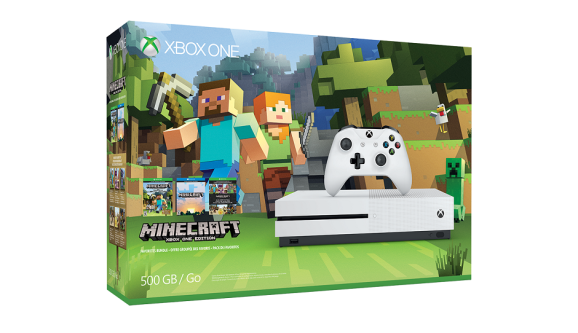 The Xbox One had a strong quarter in the United States, but Microsoft’s gaming division still saw an overall decline.

Gaming generated $1.9 billion for Microsoft in the first quarter of fiscal year 2017, which covers the three-month period ending September 30. That’s down 5 percent year-over-year. Microsoft explains that a lower average sales price of the Xbox One was the biggest reason for the decline, but this also helped the system outsell Sony’s PlayStation 4. The worldwide gaming business is worth $99.6 billion, and Microsoft is battling it out with Sony in the console sector and attempting to rehabilitate the image of Windows gaming to compete for as much of that cash as possible. That is starting to work when it comes to the Xbox One.

“Xbox One won U.S. console market share for Q1,” reads Microsoft’s quarterly financial report. “[That was] driven by the launch of the Xbox One S and new Xbox One game titles.”

Microsoft also noted that Xbox Live continues to grow in terms of active users, which is leading to more spending on digital goods and subscriptions.

Microsoft marked its Q1 with a strong Xbox One lineup. The highly regarded racing game Forza Horizon 3 is a highlight of that roster, but the Xbox One S also debuted to a strong positive reaction from fans and critics. These factors, combined with the lower price of the old Xbox One models, helped Microsoft build up that momentum through the summer. Now, as the holiday gift-giving season rapidly approaches, the company is attempting to keep its velocity with major releases like Gears of War 4, the Minecraft Xbox One S bundle, and strong support for third-party blockbusters like Battlefield 1.