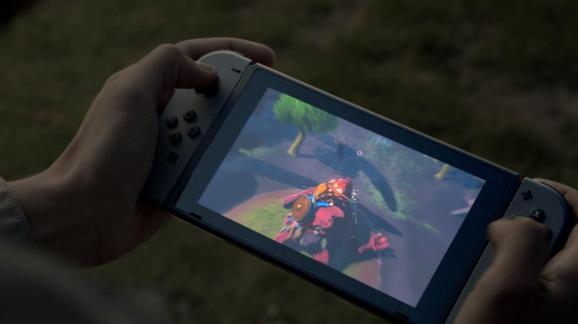 The Nintendo Switch in action.

Nintendo’s new system is just a few months away, and we are finally starting to learn what it is capable of.

The publisher launched the first trailer for the Nintendo Switch console today. In the sizzle reel, the company showed how the system can transform into a television console and an on-the-go handheld. Additionally, Nintendo provided a glimpse at a number of the system’s features, and I’ve gathered those all in one place for you to peruse at your leisure.

Here’s a breakdown of the Nintendo Switch:

It’s likely that Switch is capable of a lot more than all of that, and we’ll find out if that’s the case over the next several months. Obviously, many gamers are wondering whether it has apps, a touchscreen, or virtual console. Oh, and we are waiting to find out the final March release date and a price.

But for now, Nintendo has presented a smart new machine that I can’t wait to try for myself.