Nvidia is back in the game console race with a new chip that serves as the heart of the newly unveiled Nintendo Switch gaming device, which is a hybrid of a portable machine and a home console.

The Switch runs on a custom Tegra processor. Since these processors are for mobile devices, you can assume that the new Switch has mobile wireless data capabilities, either through Wi-Fi or 4G/LTE mobile data.

“Creating a device so fun required some serious engineering,” Nvidia said in a blog post. “We worked together with Nintendo — putting in more than 500 engineer-years — to develop the custom Tegra processor and software that packs the high-performance punch inside this amazing device.”

The company said that “every facet of gaming platforms — algorithms, computer architecture, system design, system software, APIs, game engines and peripherals — had to be rethought and redesigned to deliver the best experience for gamers.” 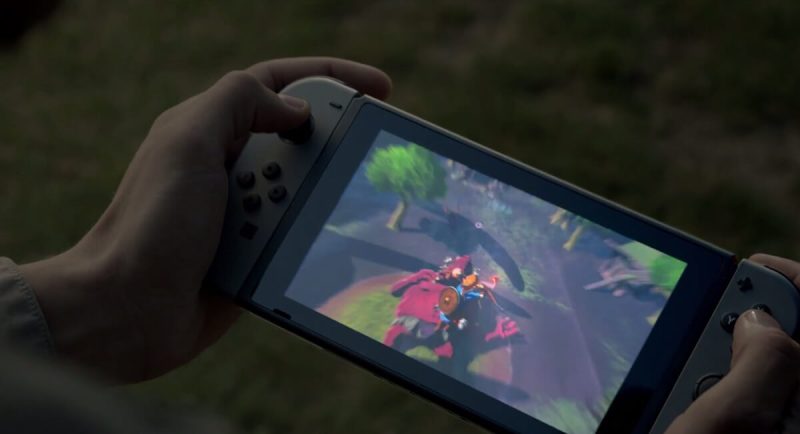 The end result, Nvidia said, is “The first true home gaming system you can take anywhere – with a seamless transition between docked and undocked states.”

Nintendo Switch will be available in March 2017. Nvidia was previously in consoles for the PlayStation 3 and the original Microsoft Xbox. But in the most recent generation, Advanced Micro Devices supplied the combo graphics-processor chips for the Nintendo Wii U, Microsoft Xbox One, and Sony PlayStation 4. That was because AMD had the market on x86-based devices that combined a microprocessor and graphics in the same powerful chip.

But Nvidia has been plugging away at the mobile market with its ARM-based Tegra chips for years, and it used the Tegra in its Nvidia Shield tablet. The ARM technology means that developers will likely have to learn a new development model, one likely based on Android. Nintendo hasn’t said what operating system the Switch is using yet.