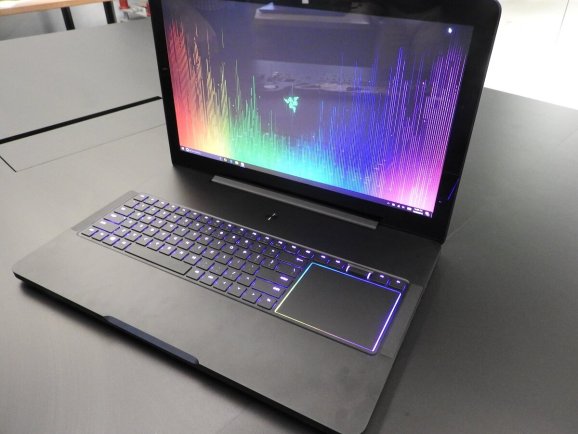 Razer went all-out with the design of its new 17-inch Razer Blade Pro gaming laptop. I went to the Razer office in San Francisco to get a hands-on look at the machine that the company calls the “desktop in your laptop.”

Desktop replacements are popular now with the availability of the Nvidia Pascal-based graphics chips, which have performance on-par with bigger machines and low power consumption as well. Razer is reaching for the no-compromise laptop, one with no tech trade-offs and no price limits (it’s $3,700). What you start asking when you get this kind of machine, with such a full 4K screen, is why would I need a desktop? I got a good look at the machine yesterday at a Razer press event, and it’s clear that we are near the day where desktops and laptops are more about a usage choice — whether you want to be mobile, or whether you want to have multiple screens — than just the pure performance of the machine.

“This is now the king of the Razer Blade lineup,” said Kevin Sather, director of product marketing at Razer, in a press briefing. “It brings a whole different kind of performance over the prior generation.”

The impressive thing about this is that the machine isn’t a crazy beast that weighs a ton. Razer has adopted the Nvidia GeForce GTX 1080 graphics chip for the Razer Blade Pro, which makes the machine more powerful than the 14-inch Razer Blade (with the Nvidia GeForce GTX 1060) and the 12.5-inch Razer Blade Stealth (with Intel integrated graphics). It’s a big step up from the 2015 model, and it completes the refresh cycle that began earlier this spring for the Blade laptops. 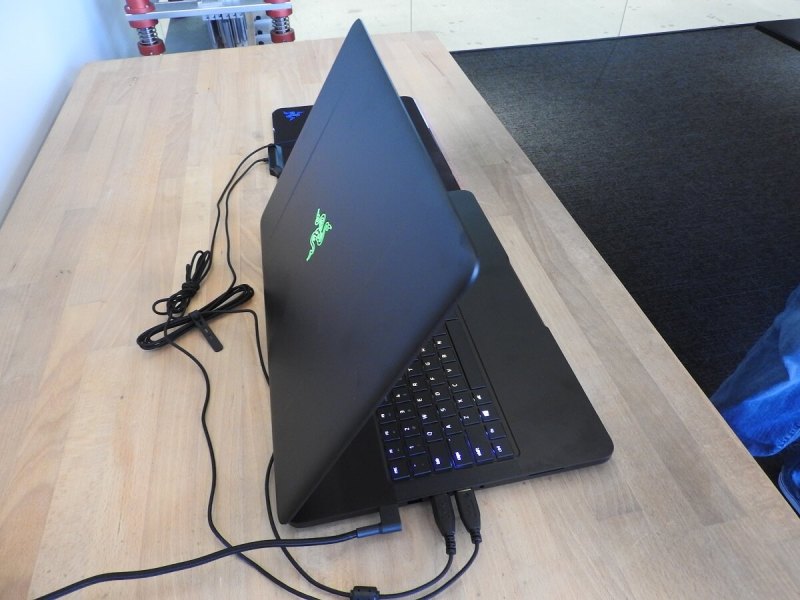 While this is the high-end, fully loaded Razer laptop, it’s not an ungainly beast. It is only 0.88 inches thick, compared to 0.52 inches for the Razer Blade Stealth. It weighs 7.8 pounds. I picked it up, and it was pretty light. That’s pretty amazingly thin and light, given it has top-of-the-line graphics.

It has a 4K G-Sync IGZO screen with Razer Chroma support, which means that you can configure the keyboard and the trackpad to be any color you want. (You have a choice of 16 million colors). It has 32GB of dual-channel system memory (DDR4 at 2,133 MHz), which is the most memory that Razer ever put in a laptop, Sather said. 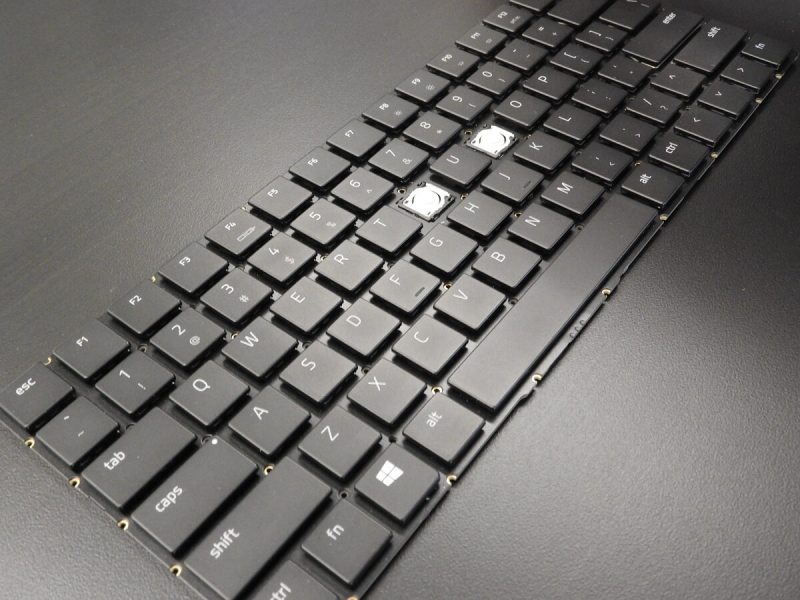 I didn’t get to play game on it, but I did mess around with the keyboard, which has a low profile. The keys have a lot of spring in them and make a clickety sound that tells you that you’ve hit and press the key as far as it will go. I think it’s great that there’s no touchpad right in front of your wrists. Rather, it’s off to the side, which means there are fewer accidental brushes. It takes just 65 grams of pressure to activate the keys. The benefit of having the low-profile keyboard is that the machine becomes a lot thinner. Once again, this has to work really well if you’re going to replace your desktop with a laptop. And it does.

“We tasked our engineers to create the world’s thinnest mechanical switch on the keyboard,” Sather said. “We wanted the tactile feel of the mechanical keyboard without sacrificing the form factor.”

Razer has been able to pack a lot of processing power in part because the Nvidia chip is power efficient, built with a 16-nanometer manufacturing process that reduces the power consumption. You could theoretically attach this machine to a graphics accelerator, adding a second graphics card. But with the performance of a GTX 1080, you probably don’t need to do that, Sather said.

Sather said the machine is VR ready, allowing you to play with the HTC Vive VR headset or the Oculus Rift or OSVR headsets, Sather said. The machine should be more than powerful enough to run VR games at 90 frames per second, which is the recommended spec if you don’t want to get motion sickness.

“Earlier this year, it was hard to hit these specs,” Sather said.

The machine has three fans that circulate air in and out of the machine, as well as within. There are other thermal management techniques to keep the machine cool. It has a compact, flat 250-watt AC adapter. That adapter isn’t as ridiculously big as the power bricks that come with some of the big machines from past years. So Razer hasn’t simply taken the brick out of the laptop and put the brick in the cable.

The device has Thunderbolt 3 via USB-Type-C connectivity and a Killer Doubleshot pro as well. It has three USB 3.0 ports, a HDMI 2.0 port, a SD card reader. And it has a Killer Doubleshot Pro networking connection that prioritizes game traffic over other traffic. These are the kind of connectors and features you need if you are serious about replacing your main working machine in the house. 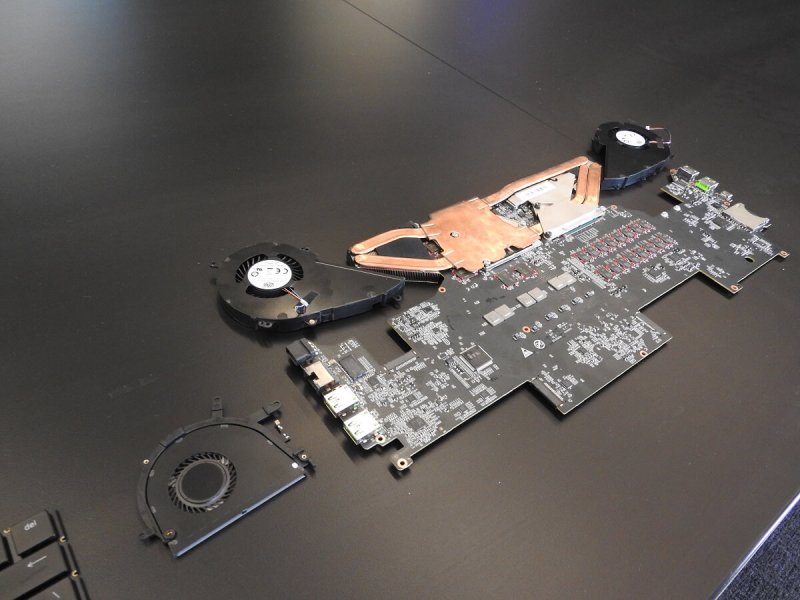 Above: Razer Blade Pro circuit board.

I took a look at the circuit board, and it’s interesting to see that the three fans take up a huge amount of the space inside the housing. But those fans and the heat sinks attached to the main chips are key to making the device cool enough so that it gets a decent battery life and thin enough to have a profile that is less than an inch thick. When you get under the hood like this, you can see that Nvidia shouldn’t get all the credit for making a real gaming laptop possible. It takes some real engineering to make it happen, and Razer has made its own contributions to this dream of desktop replacement.