Before Electronic Arts’ DICE studio decided to make Battlefield 1 set during World War I, a couple of game developers had to do research for more than two years to figure out if it was viable. It turns out it was, and the years of research have yielded something that is historically accurate, with an emphasis on the Great War’s lesser-known events.

I’ve played the full game — which debuts today on the PlayStation 4, Xbox One, and Windows PC — and it does an excellent job balancing both fun and historical accuracy.

The burden of walking that line fell on developers such as Aleksander Grøndal, the senior producer at DICE. In an interview with GamesBeat, he said that first and foremost EA’s obligation was to stay true to the Battlefield franchise for the sake of fans. But there were plenty of opportunities to mix interesting and little-known parts of World War I’s history with the requirements of the first-person shooter game design at the same time.

The lesser-known, or buried, parts of the war that Battlefield 1 depicts include a regiment of African-American soldiers. The 369th Infantry Regiment was known as the Harlem Hellfighters, an all-black unit that served alongside French soldiers. They were Americans, but they wore French uniforms and were treated no different from white soldiers, in contrast to discriminatory treatment in America.

The single-player campaign — known as War Stories — is about Lawrence of Arabia. The hero is a guerrilla warrior who is a woman. While Bedouin fighter Zara Ghufran is a fictional character, she is based on real women who served in the Arab revolt against the Ottomans.

“We wanted to challenge preconceptions and bring a greater diversity of story,” Grøndal said. “We wanted to explore more than the globe-trotting super soldier. The war was so much more than the Western Front. We knew quite early we wanted to tell personal stories, not about saving the world but how ordinary people behaved in extraordinary situations.”

The Italian Arditi did go into battle in a place that looks very much like the Alps in the game. And the Germans fielded a number of captured British tanks, which kept on breaking down. After digging out these facts, the developers created gameplay situations around them that were fun for gamers. They took some creative liberties, particularly when the soldiers go off on their own, but each story has a kernel of truth.

Here’s an edited transcript of our interview. And here’s our full review of Battlefield 1. 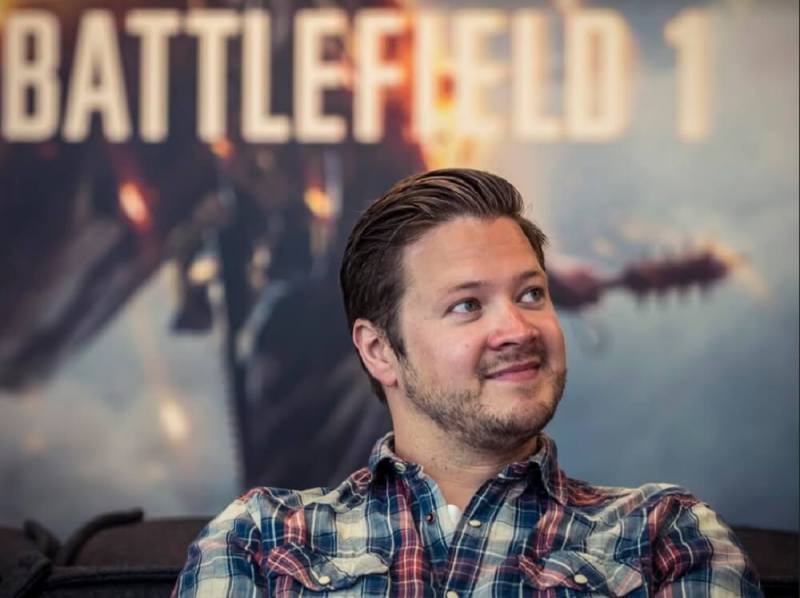 Above: Aleksander Grøndal, the senior producer at DICE in Stockholm, talks about Battlefield 1.

GamesBeat: I’m always interested in how developers balance historical accuracy with entertainment in a game like this. How did you approach that?

Aleksander Grøndal: Every time we make a game, it’s always a Battlefield game first. That’s important, to stay true to our roots as a franchise. But that doesn’t mean we can’t try to be as authentic as we can. We just have to make some choices along the way for the sake of fun. We’ll always take fun over fiction when we have to, but in most cases we don’t have to. We can draw on the source material quite heavily for inspirations to make things fun.

It’s not a documentary by any standard. It’s more about exploring what we find interesting, the opportunities we find to tell stories. We take some creative liberties. In multiplayer, obviously, we allow tanks to exist in battles where tanks never appeared, because it fits better with the Battlefield formula. But everything in the game is era-authentic. We just take some creative liberties with exactly where we put things.

GamesBeat: Did the research process take quite a long time?

Grøndal: That was a significant effort. Particularly because there aren’t any other games that have done this, or very many movies that have taken a wide look at the era. We had to dig deep into finding locations that were interesting, finding stories that we wanted to tell.

We’ve had two guys working on the pitch for a World War I game for years, long before we started working on the game itself. They picked out all the stuff that would be relevant to a Battlefield game: all the hardware, the cool locations, some situations that we could explore and stories we should tell. They had a good framework, a collection of ideas to pick from.

Any time you start on a project like this, where you need to do a lot of research, everyone approaches from a different angle. Some people like to read books. Personally, I like to listen to podcasts and other source material, things like audio lectures, or watch documentaries. We all attacked it from different perspectives. I’m not a particularly big reader, but I’m good at listening.

Above: The destruction from World War I claimed 17 million lives.

GamesBeat: I recall you spelled out some of the documentaries you liked, like World War I in Color and Blueprint for Armageddon.

Grøndal: Exactly. Those were really good. Everyone finds their own way. But the good thing is there’s a lot of information out there. It just takes time to find it and gather it. Everyone got used to that after a while. You had to dig a little bit deeper to find the real information out there. We have a pretty substantial library here as well – books of blueprints for the various hardware, how trench systems were built.

What gets us the best result is just going to these locations in the world, though, doing research on the sites to capture the feeling there. There are still some remains in different places. It’s been changed, but we can still get a feeling for it. The hardware is out there, too. Some people still maintain and fly biplanes today. People collect period weapons. We could go and test-fire things and record sounds and see their inner workings. Some people maintain very good YouTube channels that capture that source material in a modern way. Forgotten Weapons is a cool one detailing how different weapons work and how they were used. 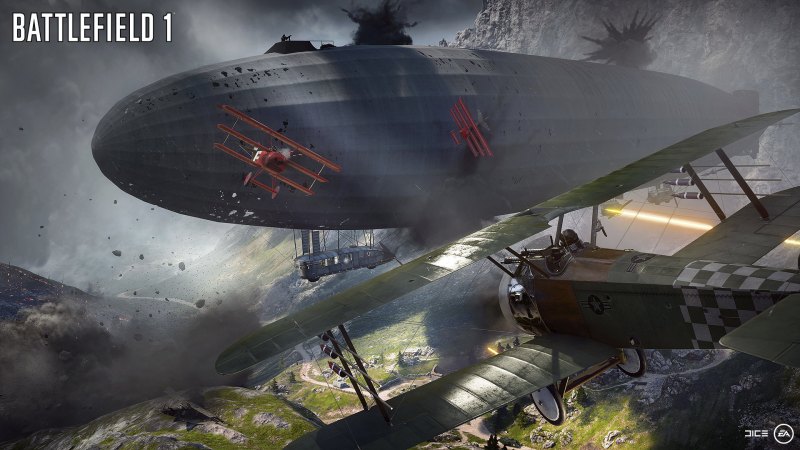 Above: Zeppelins in Battlefield 1.

GamesBeat: With the different war stories, how did you choose them? Which parts of the war did you want to retell and emphasize?

Grøndal: We needed to look at it from a holistic point of view. We considered both multiplayer and the war stories side by side. We tried to throw as wide a net as possible. We knew quite early that we wanted to tell personal stories – not stories about saving the world, but about how these people lived through this extraordinary situation and how they changed. There was a human element that we wanted to explore more, rather than the sort of globe-trotting super-soldier feeling.

We also wanted to make sure that we challenged your preconceptions about World War I a bit. It was much more than just the western front. The western front was an important part, but not the only part. We wanted to tell stories about places and people that you maybe didn’t know about. Australians and New Zealanders obviously know about Gallipoli, and Italians know about Monte Grappa, but a wider audience doesn’t necessarily know about those battles.