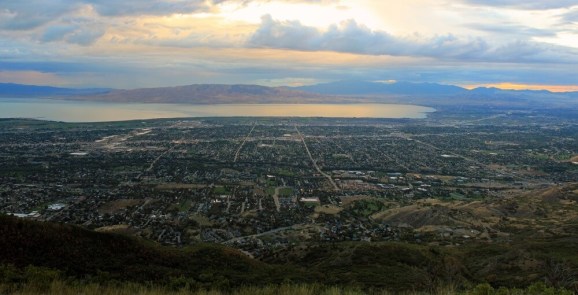 In the first presidential debate of 2016, Secretary Clinton pointed to innovation as a key to economic prosperity saying, “I want us to invest in you. I want us to invest in your future. That means jobs in infrastructure, in advanced manufacturing, innovation and technology, clean, renewable energy, and small business, because most of the new jobs will come from small business.” Her remarks highlighted that the U.S. needs technology innovation beyond the classic hubs.

Indeed, the U.S. has depended on innovation, technology, and small businesses to maintain economic prosperity and a national security advantage. While the majority of this economic growth has come out of the ecosystems on the East and West Coast, how does the rest of the country build an ecosystem that will drive innovation and economic growth?

Technology innovation needs to happen in the flyover states. It’s not simply something to add to the wishlist; growing technology innovation in the Midwest is an imperative, especially for those states that have endured slow economies in recent years.

Boston and the Bay Area excel at developing innovative startup companies across a breadth of technology areas, from life science to data analytics, but so do landlocked states, including Utah. In fact, Utah is the epitome of a non-traditional technology center creating an effective innovation ecosystem through availability of risk capital, talent, new idea generation, innovative culture, strong networks, and government leadership. Other states should follow suit.

Available risk capital at the pre-seed, angel, and later stages is critical for companies to grow. While Silicon Valley is the poster child for effective VC-tech startup relationships — with VC firms deploying $31.5 billion across 3,308 deals from 2009 to 2013 and continuing into 2016 — Utah isn’t far behind. In 2014, Utah raised more venture capital funding than New York and Provo-Orem. Utah was also number one for dollar-per-deal averages, beating out San Francisco by $32.9 million.

And like Silicon Valley, Utah boasts its own impressive team of unicorns (startups valued at more than a billion dollars), including Qualtrics, Pluralsight, and Domo. These innovative companies were possible because of healthy funding from VCs willing to invest. For other states to succeed in technology innovation, their VC-startup partnerships need to expand.

Separate from risk capital but just as necessary is the need for talent and idea incubation. These robust talent and idea generation pipelines necessary for technology growth are often fueled by local universities. Academic researchers employed at higher education institutions often work with early-stage businesses — sometimes undergraduate or graduate students from that school — to strengthen and realize their new technological products. Boston’s indisputable top university, Harvard, is home to several technology and science incubators, including the Harvard Life Lab and the Harvard Innovation Lab. Similar incubators are on the rise elsewhere; in fact, new data from the National Business Incubation Association shows that roughly one-third of the 1,250 business incubators in the U.S. are at universities, an increase from one-fifth in 2006.

Even with this progress, we need more incubators driving technology innovation. Utah’s universities, particularly the University of Utah and Utah State University, are home to incubators specifically fostering technology inventions. These incubators provide mentorship, core facilities, and guidance to startups and newly founded technology projects, while cultivating new talent and encouraging the development of new ideas. All these actions specifically target growth in the tech sector instead of general business development.

Strong, supportive leadership in business and local/regional governments creates business friendly policies that encourage innovation. These beneficial governmental actions are vital to the future viability of technology within a city and state. The California and Massachusetts governments have ensured startups are incentivized to launch and stay in these states, but so has Utah. Through efforts like the Utah Science Technology and Research (USTAR) Initiative, where I work, the governor and state legislature have shown leadership in funding essential components of the ecosystem, including research capacity, talent pipeline, and risk capital.

The combination of these elements in Utah — robust universities, supportive government leadership, and available capital — has enabled the development of vigorous innovation ecosystems over the last ten years. These initiatives contributed to Utah being ranked the number one state for business by CNBC in 2016 and named Silicon Slopes to tout its considerable tech success.

Technology needs to move beyond the East and West Coast to the rest of America, but this can’t happen without the development of innovation ecosystems. These local technology environments won’t just help the states they’re in but will allow the U.S. to maintain a technical edge in a rapidly growing global economy.

Ivy Estabrooke is former program manager at the Office of Naval Research and current executive director of the Utah Science Technology and Research Agency (USTAR).