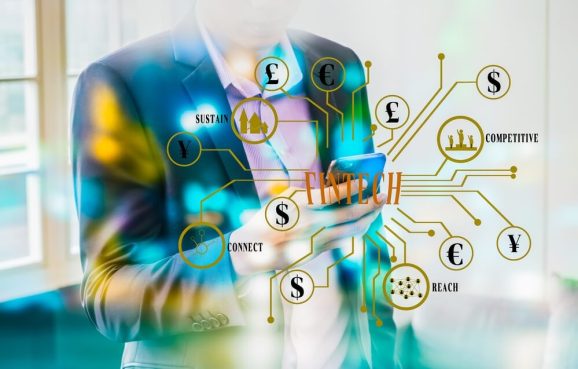 The financial services sector is bracing itself for an unprecedented period of disruption. Innovations such as smartphones, big data analytics, and the blockchain technology that underpins Bitcoin, are forcing banks, insurers, and Wall Street firms to adapt to an unpredictable future where some of the old rules no longer apply. We’ve seen this before – just look what happened with Blockbuster vs. Netflix, record stores vs. digital music, or even Yellow Pages vs. Google. But unlike those examples, a banking sector shakeup will not be a zero-sum game.

Some FinTech proponents argue it is only a matter of time before innovative startups – which are developing technologies to digitize money and monetize data – will undermine and displace much larger and long-established rivals. On the other hand, top players in the banking industry retain key advantages, which will buy them time to deploy new technologies to provide better and additional new services to clients. But every customer segment comes with its own dynamics and challenges, and the established banks that thrive going forward will be those that quickly make tough but necessary decisions about which markets they will double down on, where they’ll partner with new technologies to better address the markets, and where they’ll cede those markets to new entrants.

The FinTech revolution accelerated with the new regulations enacted in the wake of the 2008 financial crisis, which made certain lines of business less profitable for banks and created an opening for startups leveraging big data, new communications modalities, and other tools to serve ever more tech savvy consumers. At first, banks began trying to develop many of these technologies themselves in a bid to keep up with nimble rivals. But as the pace of innovation has accelerated, banks have found it harder and harder to do everything at the pace, volume, and scale required.

So far neither side has been able to score a knockout blow. For all their bold talk about displacing the incumbents, few startups have established brands that consumers trust at scale and that meet regulatory standards. And while big banks claim they have worked hard to emulate the nimble and innovative culture common to Silicon Valley startups, they have little to show for it so far.

I’ve often been asked which side will come out on top. To answer that question, we have to first break the market down into its three core segments:

Corporate banking: Banks will be wise to invest in this segment. Not only must they double down to remain competitive against rivals, but it is an area where startups will face the highest barriers. While some startups are likely to attack these segments, they are much less likely to be successful due to the complexity of the products and services, the need for large balance sheets to affect some of these transactions, the regulatory scrutiny, and the ongoing strong relationships banks enjoy with their major customers.

SMB banking: After the 2008 financial crisis, heavy regulations were imposed on the banks, making it much more expensive to service small- and medium-sized business customers. This led traditional banks to pull back sharply from this segment, creating a lack of available financial tools and resources for SMBs. In fact, in a survey that my firm, Blumberg Capital, recently commissioned, 74 percent of respondents agreed that small businesses face all kinds of barriers when applying for loans and other financial services in the U.S. FinTech startups have rushed into this void, offering more efficient technologies and tools for lending, payments, operations, underwriting, cybersecurity, know your customer (KYC) regulations, compliance, asset management, and more. I expect this trend to continue and for new market leaders to be born in this category. The SMB market is the segment in which nimble FinTech companies are most likely to displace large banks.

Consumer banking: Banks focus on the upper end of the consumer market – the high earners – because banks often can’t make money servicing the majority of consumers. So it’s no accident that most consumers feel neglected and, according to our survey, four in five respondents (80 percent) believe financial institutions need to focus on helping the average consumer and small business rather than the 1 percent and big business.

FinTech startups are developing software that allows them to more efficiently service a much broader range of consumers and still make money. With these new technologies and solutions, FinTech startups will be able to extend banking services to a broad swath of underserviced consumers who have not been considered desirable customers for lack of adequate credit history. Technology will also enable more consumers to manage their finances online and on mobile devices, regardless of location or time. Per the survey, almost three in five Americans (57 percent) said the days of going into a physical branch location for any reason are coming to an end.

The consumer market would appear ripe for a FinTech takeover, but startups will face a number of challenges while building their brands: the high cost of customer acquisition, the balance sheet required for lending, and the intense and intensifying regulatory scrutiny. There is also the growing issue of trust and cybersecurity. The survey found 72 percent of Americans worry about security with some of the new banking services online. Both startups and incumbents need to adopt new technologies to meet the demands of the consumer and to provide adequate security in an increasingly dangerous environment.

The FinTech revolution has thrown the banking sector into turmoil. Banks retain significant advantages and will not easily be supplanted in key segments as long as they move quickly to meet new challenges. On the other hand, they are vulnerable and would do well to recognize this fact sooner rather than later. Adapt, adopt or hasta la vista baby!