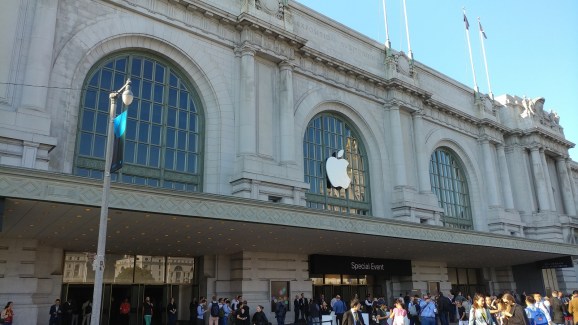 As corporate winning streaks go, Apple has been on a pretty good one: 14 straight years of revenue growth.

The company will likely confirm that this streak has come to an end when it reports fourth-quarter earnings tomorrow. For the fiscal year 2016, ending Sept. 30, analysts’ estimates anticipate that Apple will disclose $215.67 billion in annual revenue. That would be down from the $233.72 billion it reported for fiscal year 2015.

The drop won’t come as much of a shock, since the company has reported two consecutive quarters of year-over-year revenue drops earlier this year amid a decline in iPhone sales. And none of this seems to bother investors, who have bumped Apple’s stock up about 11 percent over the past six months to $116.60 per share.

Still, it’s incredible to think one has to go all the way back to 2001 to find any decline, when the company reported $5.36 billion in revenue, down from the $7.98 billion revenue it reported in 2000. That’s also a reminder of just how puny Apple was at that point: The drop in annual revenue for 2016 could be about three times Apple’s total revenue in 2001.

Of course, the iPod was released in October 2001, and the seeds of Apple’s epic turnaround had just been planted.

When earnings are released Tuesday, analysts will probably be most interested in Apple’s forecast for the coming year, particularly for the important holiday quarter. At the moment, analysts are forecasting a return to growth, with $225.66 billion in annual revenue (though that would still be below 2015’s revenue).

And they will be looking for any clues about how the first few weeks of iPhone 7 sales went after the devices were released in September. Apple also has an event scheduled for Thursday, where it is expected to unveil updates to its MacBooks.