SunSpider is a JavaScript benchmark, probably one of the oldest ones around. We ran version 1.0.2, the latest and last version released. 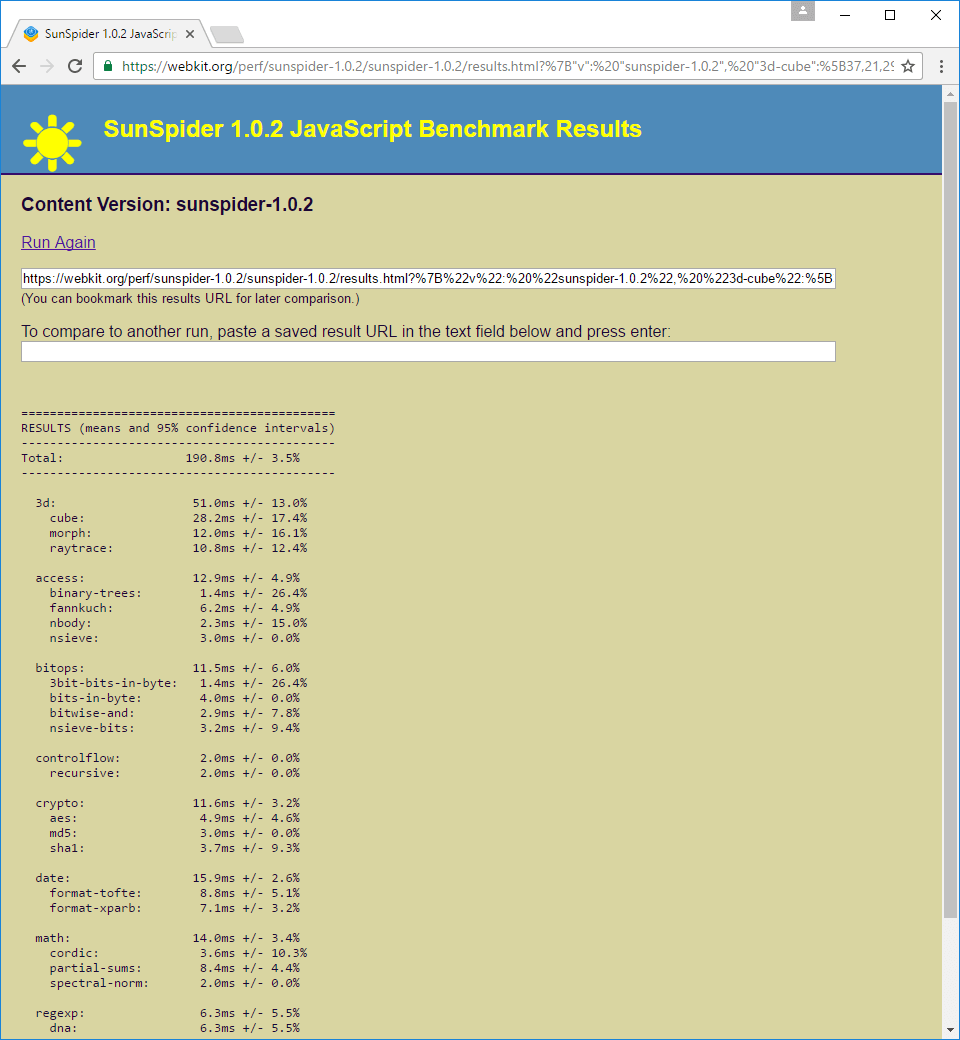 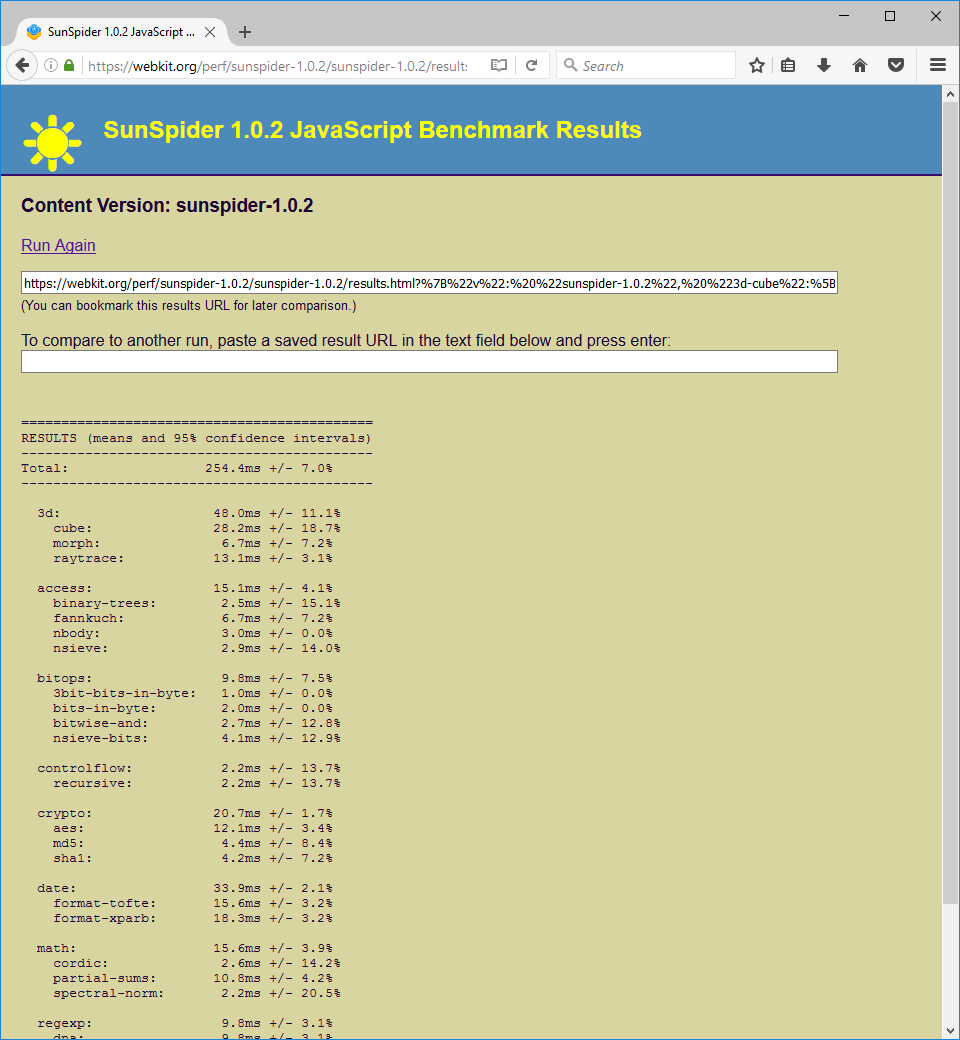 Edge destroyed them both, finishing in half the time: 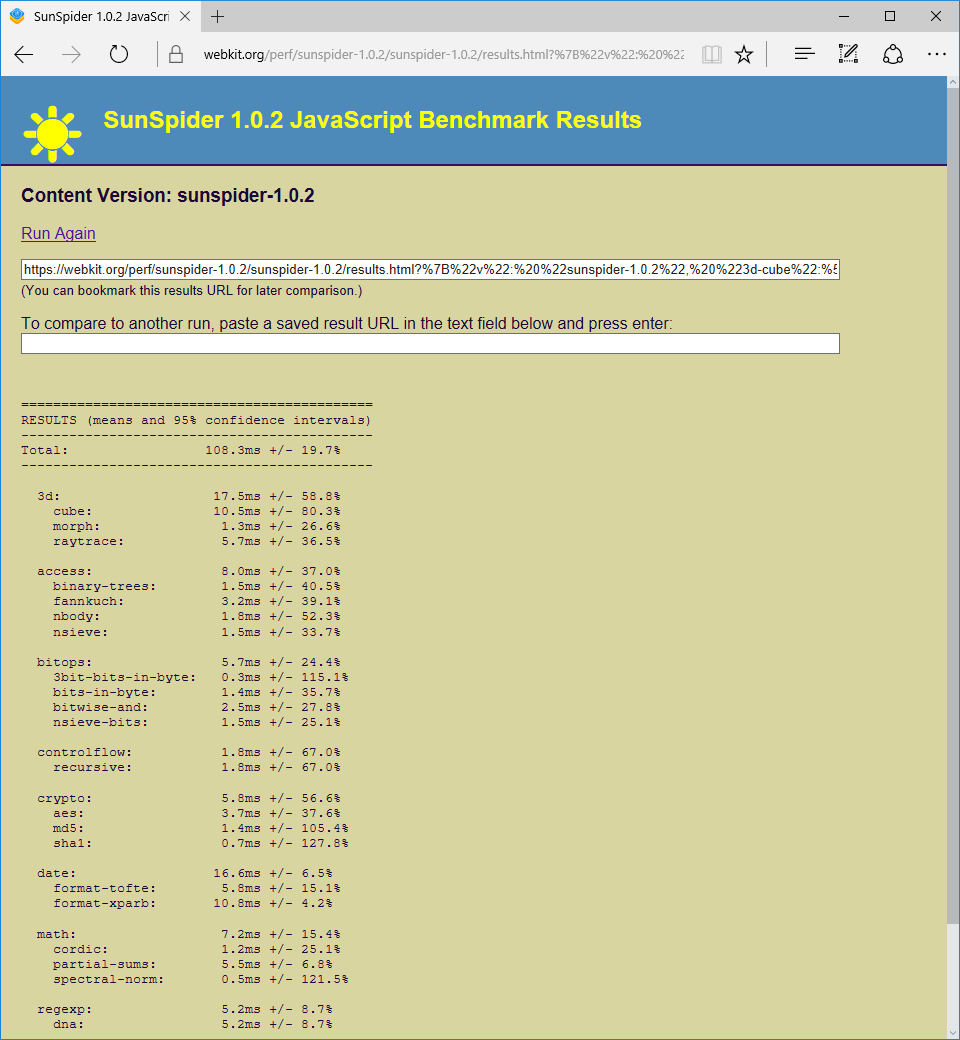 This is an old test, and interestingly all three browsers did worse than last year. But that’s not really a big deal — what’s notable is that Edge still won by a wide margin, and that Chrome passed Firefox for second. 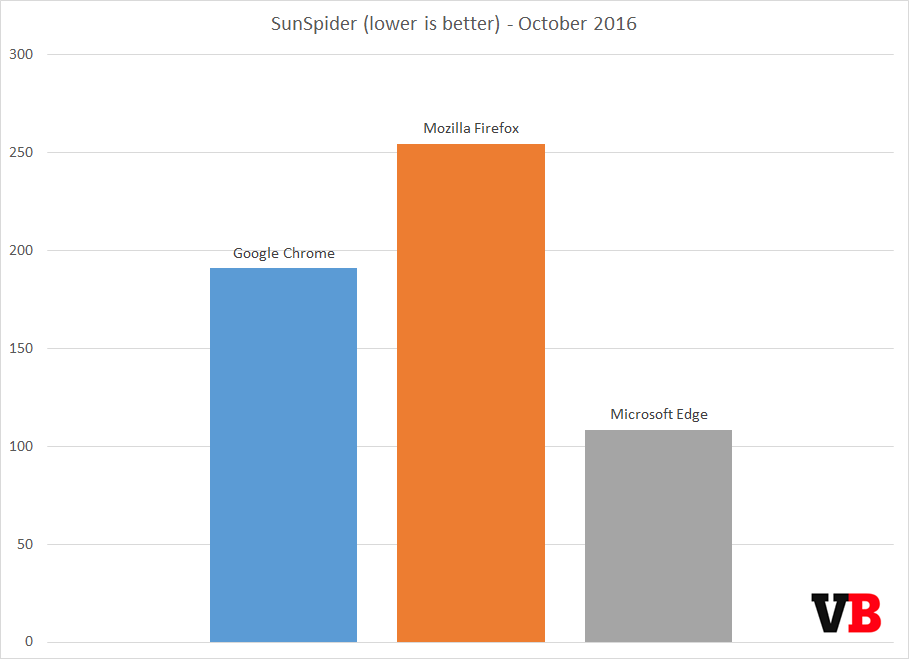