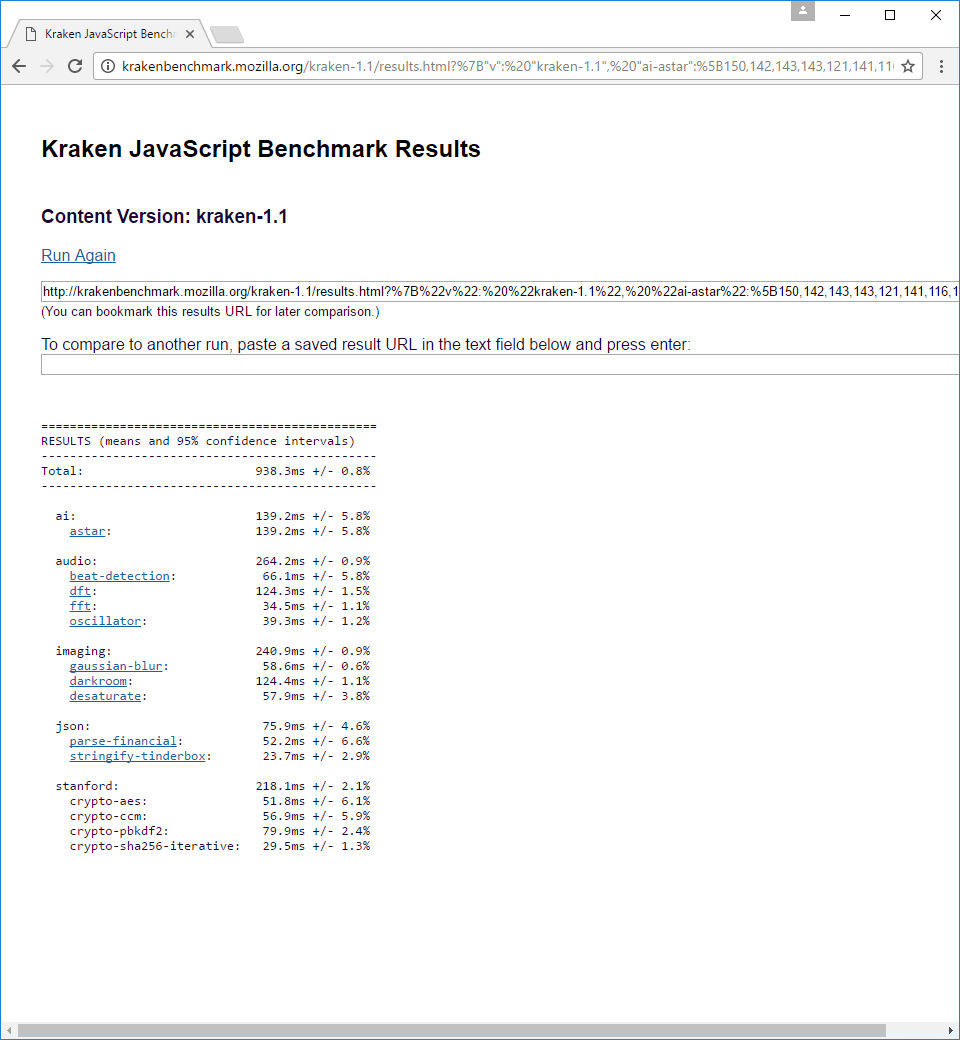 Firefox was a bit slower: 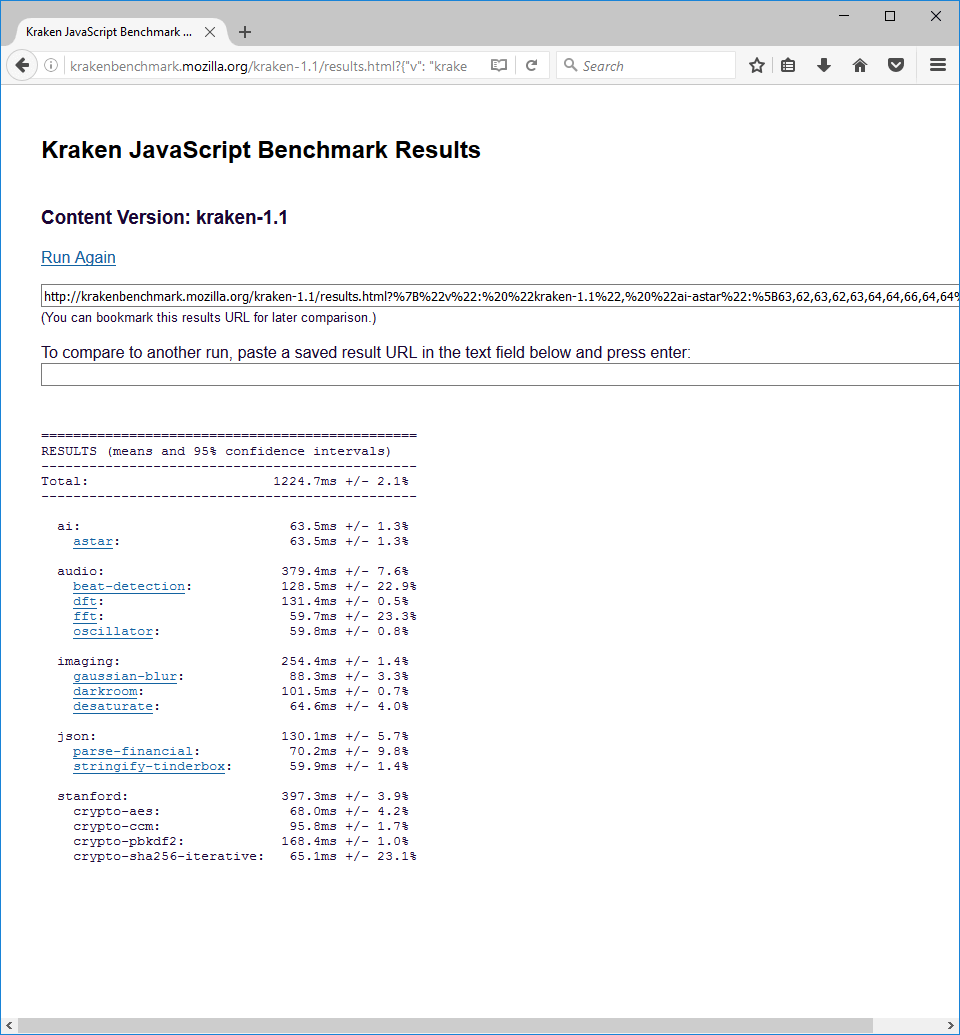 Edge was faster than Firefox but still slower than Chrome: 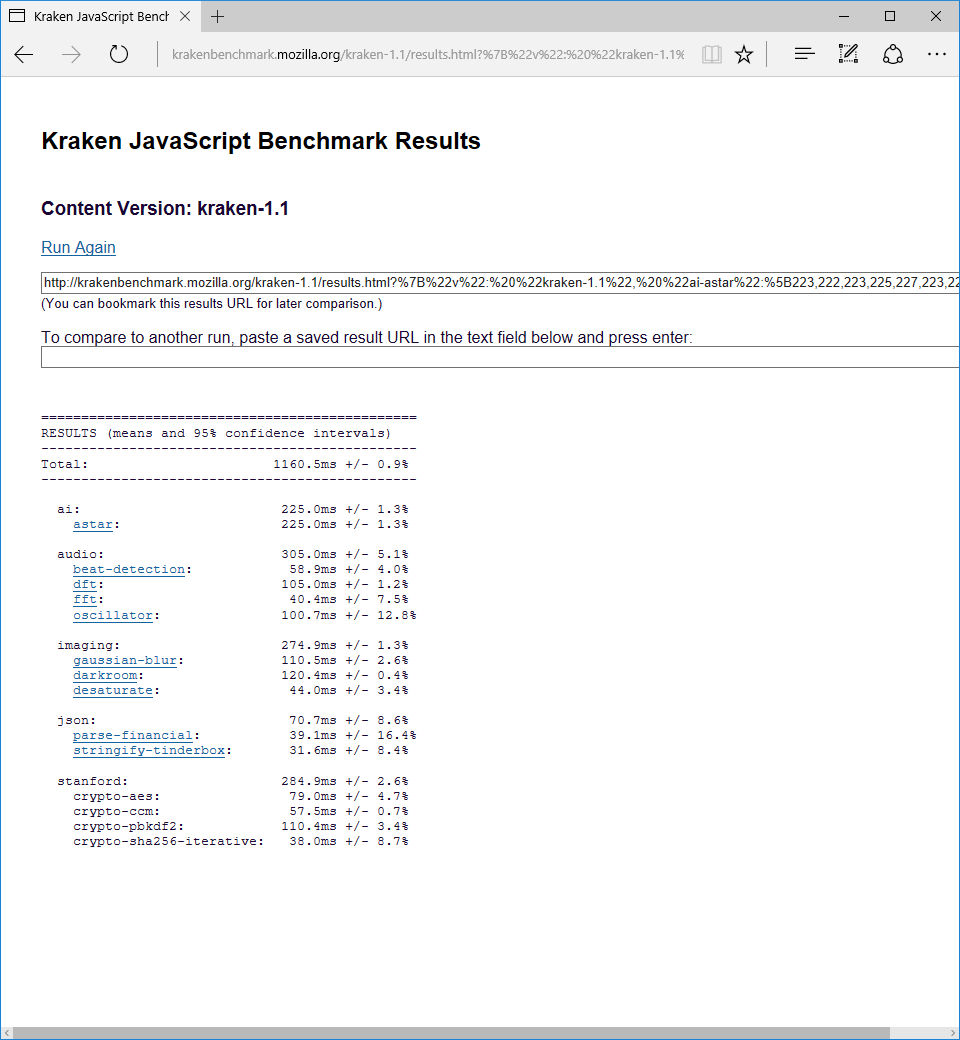 Despite the fact that Kraken is Mozilla’s benchmark, Chrome still won this test. And again, the order remained unchanged from last year. 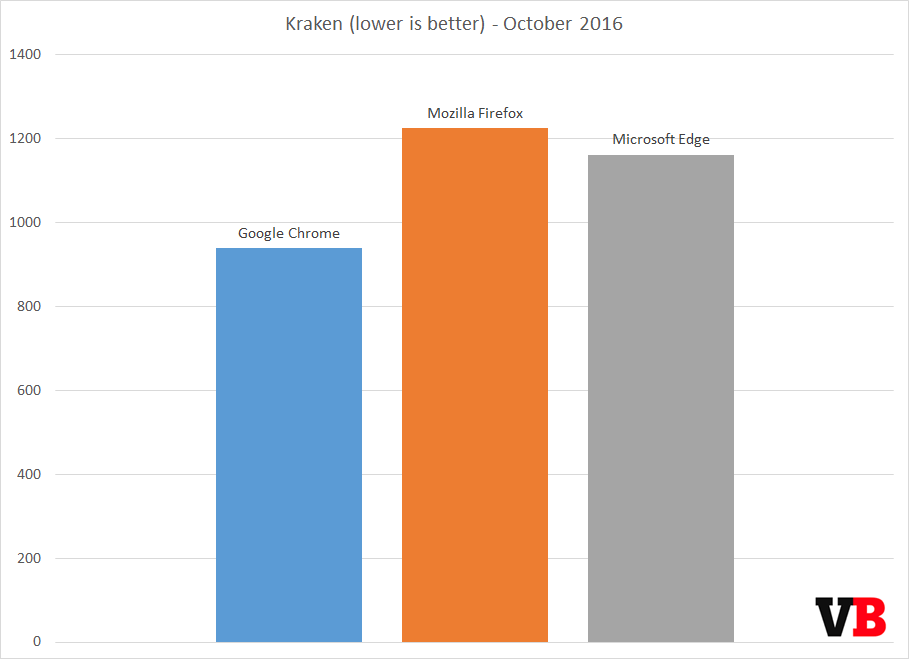