Oort Online is a WebGL benchmark created by the developers for the game of the same name. We didn’t see a version number.

For this benchmark, a higher number is better.

Chrome did well in this visual benchmark: 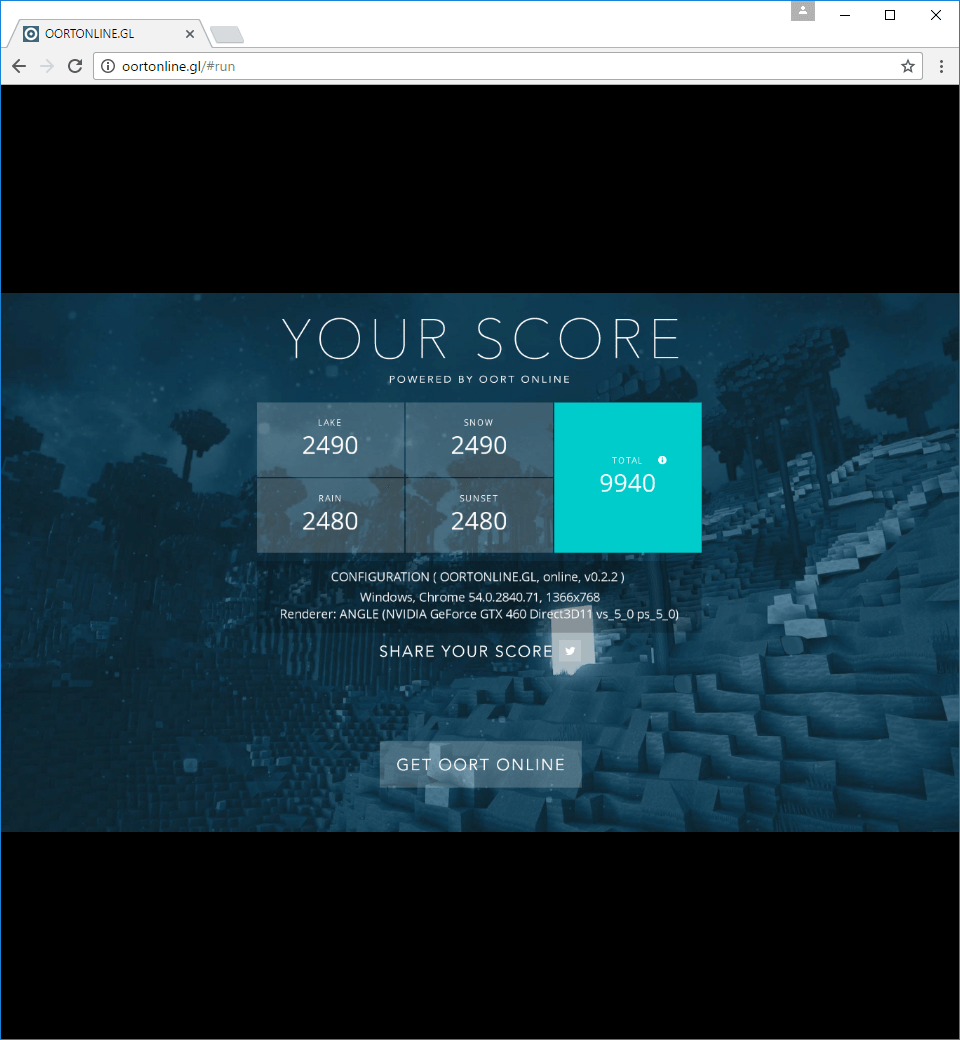 Firefox left it in the dust: 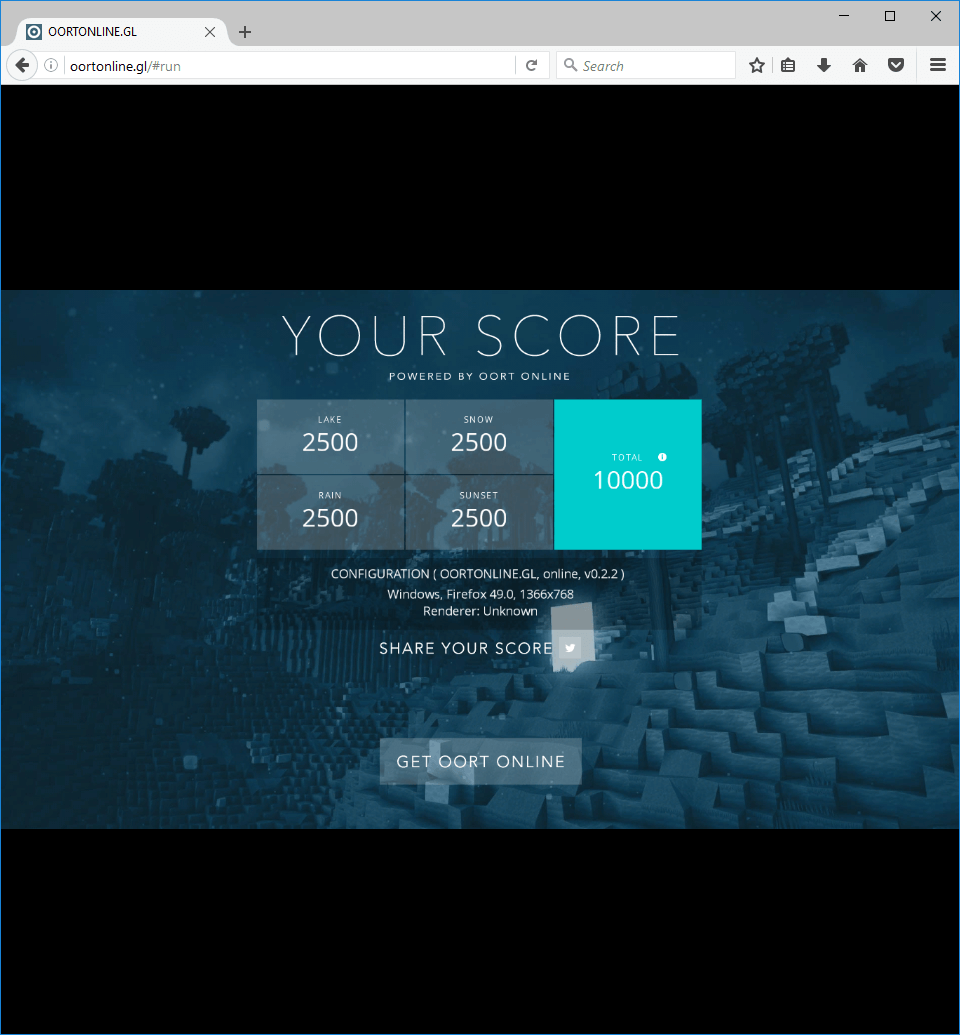 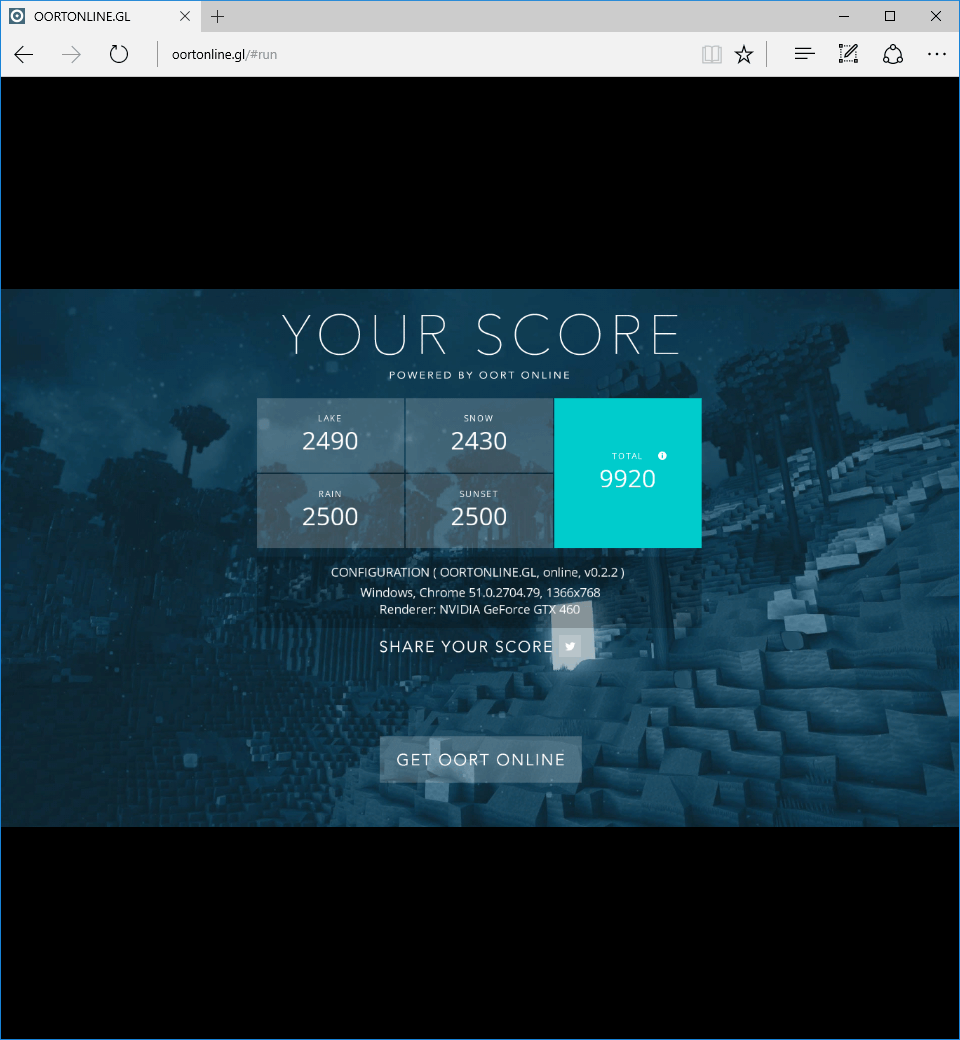 When it comes to graphics, Chrome was the king last year, but this year it’s Firefox. Edge did a lot better than before, but still placed third. 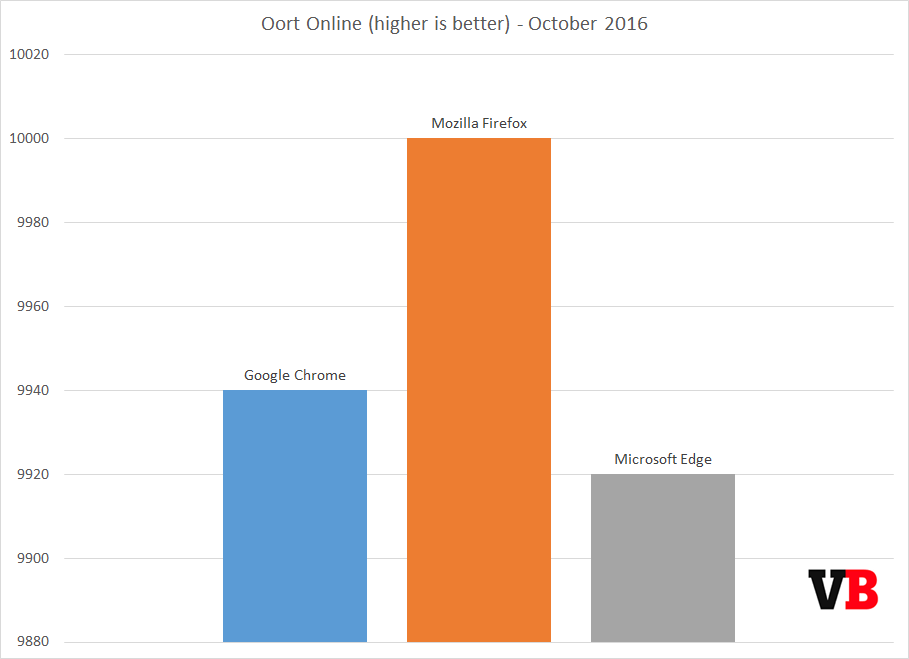