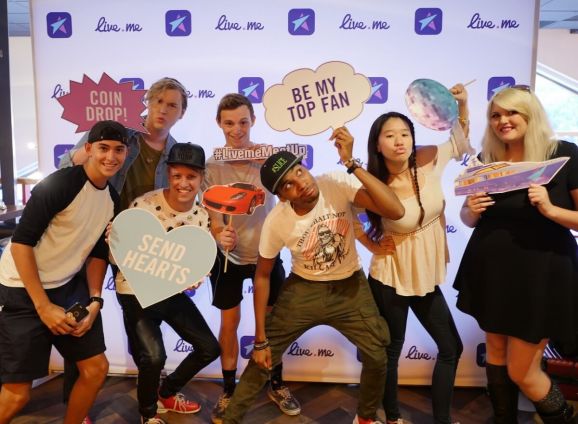 Cheetah Mobile’s Live.me mobile streaming app launched just seven months ago. And the Chinese company is announcing today that Live.me has now processed more than $1 million in virtual gift payments to its broadcasters.

Broadcasters who stream live content can get paid in different ways. They can make money from ads or subscriptions. But they can also receive gifts from their fans in the form of virtual goods. Broadcasters can then cash in those gifts with Live.me. This quick-monetization scheme is one of the reasons that utility developer Cheetah Mobile expanded into the fast-growing livestreaming space.

And so far, it is helping broadcasters make a living from livestreaming. Live.me is now home to millions of users who together create, consume, and share more than 100,000 hours of content each day.

The app’s growth is in large part due to the range of interactive features available to fans and broadcasters — including virtual gifting, which allows anybody in the community to earn real cash on the platform.

As of mid-October, Live.me is number 22 on the iOS App Store’s top-grossing apps. And the company said that on October 1st, Live.me became the highest-grossing livestreaming app ever in the U.S.

Additionally, Live.me recently announced a new mobile commerce solution — the Live.me Store and shopping experience — which will be rolling out to select broadcasters, giving them the opportunity to create and sell new merchandise or link to existing items.

“Our goal with Live.me is to provide broadcasters the tools and resources necessary to produce the content their fans will enjoy, while allowing them to turn their passion into a profession,” said Khudor Annous, head of marketing and partnerships at Live.me, in a statement.

Live.me plans to roll out several new content initiatives and product features in the coming weeks, all geared toward driving engagement in the community, thus making it easier for broadcasters to support their creative endeavors. The app is available on both iOS and Android. Live.me competes with Mobcrush and Kamcord.