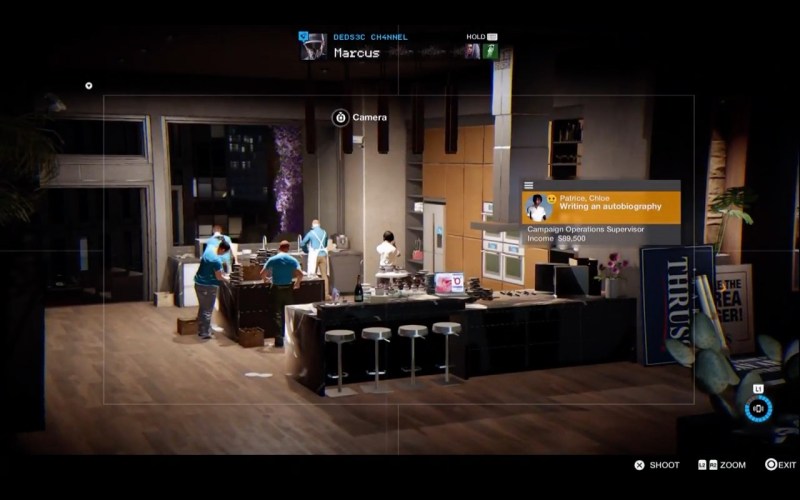 GamesBeat: I always wonder how you decide what level of detail to have in an open world. You didn’t reproduce all nine counties of the bay area, but there’s a lot of it there. What choices did you make as far as what to include and what to leave out? Is it very time-consuming to try to include something to do on every block or whatever?

Guay: It can become a daunting task, that’s true. What we did initially, we worked on a rough layer — just gray blocks, a height map of the bay. We knew we had to scale it down, because otherwise it would take us forever to build it and take players forever to drive around.

What we wanted more than anything on the bricks-and-mortar side was to make sure we had the vistas, the overall big picture, the feel of the place. Especially with San Francisco. If you go to the top of Twin Peaks or Coit Tower or the bridges, you get those impressive views. We took about 50 key points in the world and got reference videos of the vistas there in the real world. We looked in our game engine and tried to make sure we had the overall feel right.

We had some tough choices to make. Initially, in the first iteration of that layout, we had Golden Gate Park and the Presidio, the two big parks in San Francisco. When we were trying to scale things down, though, we merged them together. We lost a bit of housing in between, but we got the overall feel of the city anyway. The Sunset is really sprawling, too. At some point you end up with hundreds of backyards to do, and that takes forever. We had to trim down a lot of residential areas like that.

But ultimately the most important thing is that when we build those neighborhoods, it’s not just textures and buildings. It’s the people and the culture. People talk among themselves about things that make sense. You have the right kind of people in each place. That’s a lot of effort. 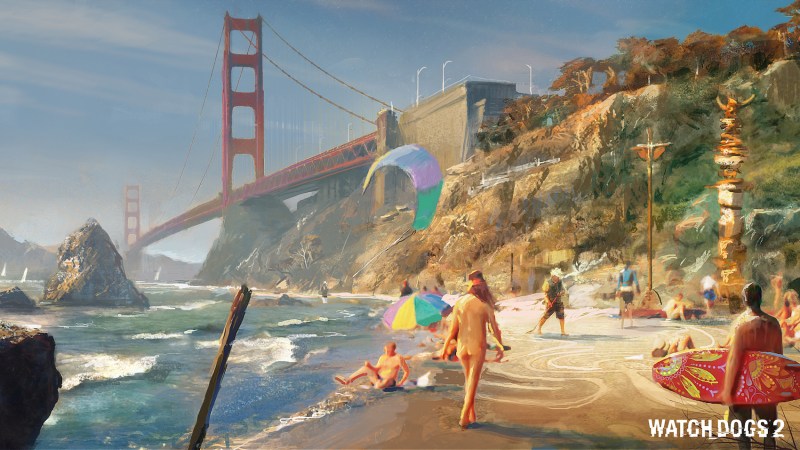 GamesBeat: The people are the ambient life in it.

Guay: Exactly. Silicon Valley was the area we had to shrink the most. I like to say that our Oakland, Marina, Sausalito, and San Francisco feel really close as far as preserving the geography. Our Silicon Valley is shrunk down a lot. It’s more inspired by Silicon Valley. Stanford is there, San Mateo. We brought in some big tech campuses. We took some liberties and had some fun. We’re inspired by the kind of tech campuses that exist or are being planned in the Valley, but mostly we built our own.

GamesBeat: You’re building them how they should be. [laughter]

Guay: They’re built so differently from tech campuses in other parts of the world. There’s a fun kind of buoyancy to them. So we went a little crazy to let the player go there and have some fun.

GamesBeat: I’m looking forward to what you could do in Watch Dogs 3. Russian hackers, Chinese hackers, cyber warfare.

Guay: There’s a lot of subject matter to explore out there. You’re right. We’re not worried about running out of material. If we get a chance to make more, I’m sure we’ll have plenty of ideas.