Microsoft hosted its Windows 10 event today in New York and, to my surprise, it was quite awesome.

Today’s ride started off pretty smoothly with some “hmm’s” and “cool’s” regarding the Windows 10 update: augmented reality and MS Paint on steroids, a.k.a. Paint 3D. Then it got wild when Microsoft introduced Surface Studio, a neat desktop that is any creator’s dream, and the tech world stopped for a second — insert praising-hands emoji.

Brace yourself for a rollercoaster of design emotions. Here’s what went down. 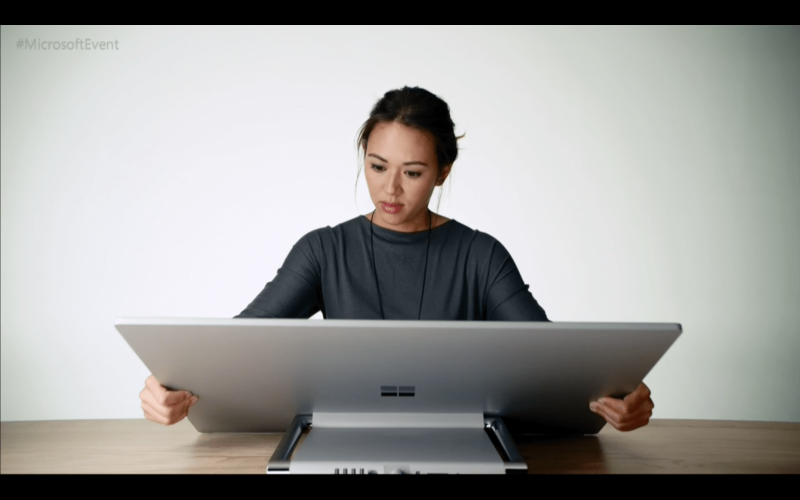 The Surface Studio, an all-in-one computer, features 32GB of RAM and a 28-inch touch display with 13.5 million pixels. But the biggest selling point of Microsoft’s first desktop PC is its “zero-gravity” hinge that allows you to angle the display according to your needs. It can even be laid nearly flat on a table, resembling an empty canvas that you can lean on while working.

The Surface Studio will be available for the Holiday season, in limited quantities, for $2,999. Along with the Surface Studio, Microsoft released the Surface Dial. As an assistant to your mouse, a stylus, and your fingers, Dial lets users easily zoom in and out and access design and editing features. You can use it both on and off the Surface Studio, and it works with Surface tablets, too.

The touchscreen accessory will sell separately for $100.

The new Surface Book i7 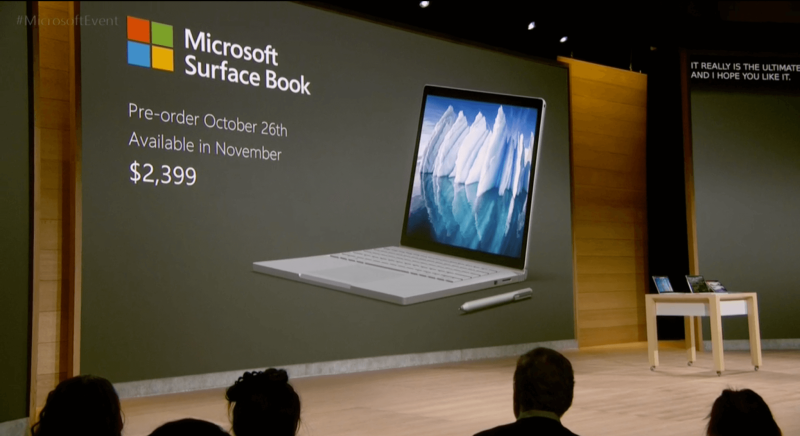 For $2,399, Surface Book lovers get an Intel Core i7 chip and up to 16 hours of battery life. The two-in-one computer will be “the ultimate laptop,” Microsoft’s Panos Panay said. 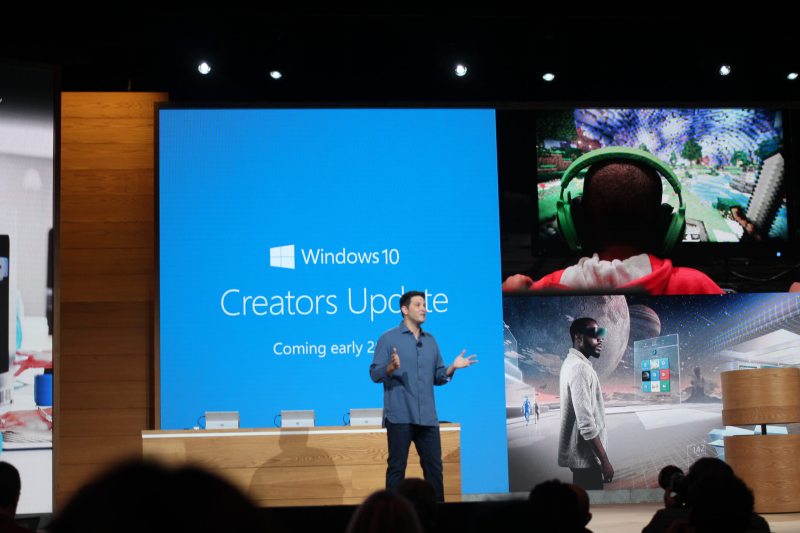 Features will include Paint 3D, a 3D-capturing mobile app that lets users scan objects and render them as 3D images, and integration with the 3D content sharing “community,” Remix 3D.

The Creators update will improve document and file sharing using the “Share charm.” Windows apps (including Skype, Mail, Xbox Live, and so on) will be able to better understand context and people. Paint, the app I used to doodle in a computer for the first time, back when there were only black and white textures, is getting 3D creation features. With the new Paint 3D, you’ll be able to easily import and manipulate 3D versions of real-life objects right alongside two-dimensional image components. 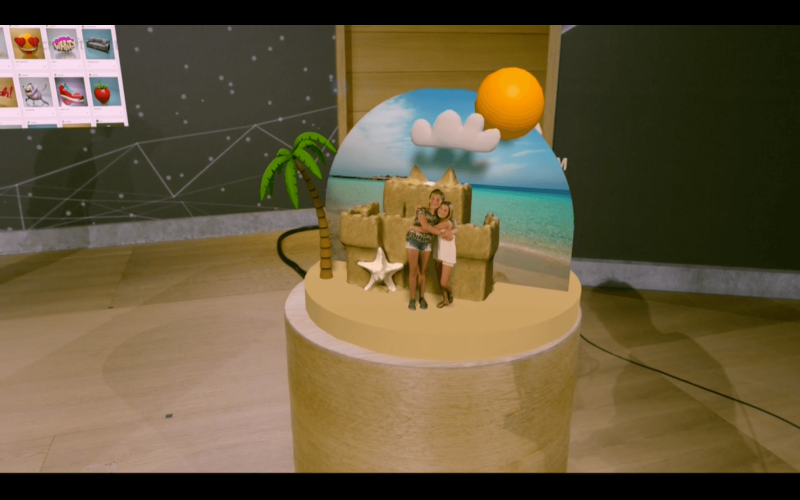 A content-sharing “community” will have integrations with Microsoft Office and Paint 3D. Users can upload, browse, and even print 3D content.

Minecraft players can also upload their creations to the new Remix 3D app. 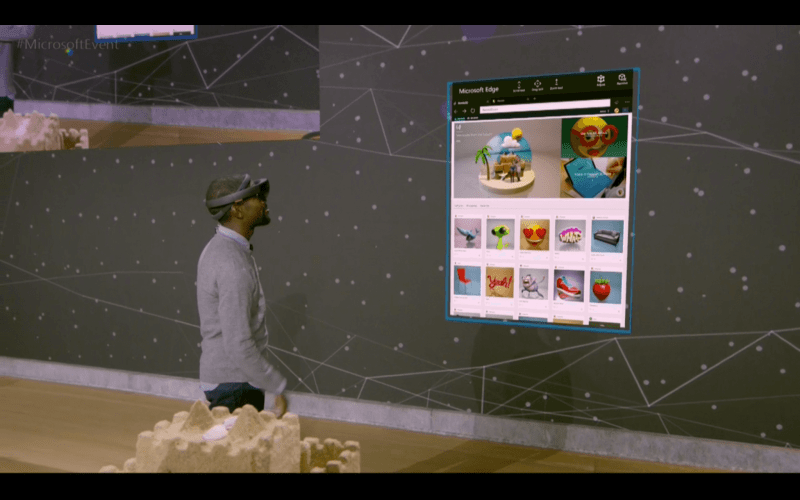 3D creations and augmented reality are not as exciting without a virtual-reality headset, so Microsoft announced that it partnered with Acer, Asus, Dell, HP, and Lenovo to ship out Windows 10 VR headsets.