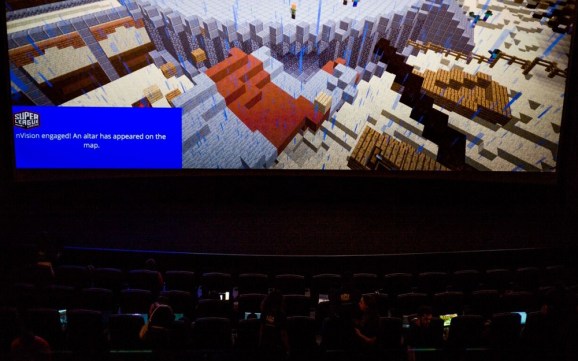 The movie theater is becoming a more interactive place.

Super League Gaming announced that it has raised $5 million in Series C funding for its business that hosts esports events in movie theaters across the country. Venture firm Toba Capital and aXiomatic, the esports group that owns Team Liquid, were the main investors. This brings Super League Gaming’s total funding to $20 million since its founding in 2014.

“Inspired by the world’s biggest esports events, Super League Gaming’s mission is to make those experiences accessible to everyone who is passionate about their favorite games, strong-yet-supportive competition, and sense of community,” said Ann Hand, chief executive officer of Super League Gaming in a press release. “This most recent investment from Toba Capital and aXiomatic, an esports ownership group led by Peter Guber and Ted Leonsis [both also entrepreneurs and team owners in the professional sports world], accelerates our ability to bring big screen gaming to more fans and further substantiates the notion that the esports phenomenon is here to stay.”

So far, Super League Gaming has specialized in competitive Minecraft screenings. Its current series, Metropolis Madness, is in more than 50 theaters around the U.S. and Canada.

While Minecraft is one of the most popular games out there, it’s not really known for its competitive aspects. However, it is a kid-friendly and family-friendly title, which is perfect for Super League Gaming’s target audience of 7 to 14 year olds.