With more than one billion daily active users, more than half of whom only access the service on mobile, Facebook’s meteoric growth is showing no signs of subsiding any time soon. But the social networking giant isn’t resting on its laurels, which is why the company is paying close attention to the increasingly multi-screen habits of its users.

The process of authenticating Facebook accounts through TV apps has been convoluted, however, with users required to enter confirmation codes either in their browser or phone. That’s all changing as of today, with updated SDKs for Android / Fire TV and tvOS meaning that TV apps can communicate with Facebook on devices that are connected through the same Wi-Fi network.

So, when you’re asked to connect with Facebook, you should now be able to whip out your phone, go to the main menu and hit “Select Device Request.” 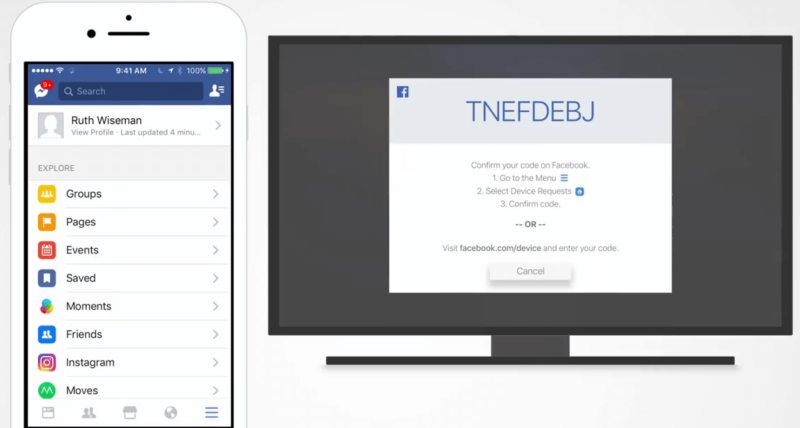 Then, assuming the code on the screen matches the one on your phone, you hit the “Confirm Code” button. 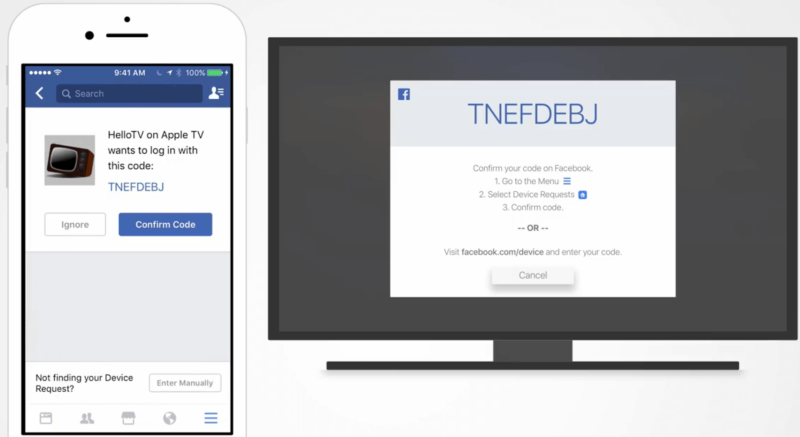 There is a final confirmation request that asks you whether you are the person named on the account, and you’re good to go. 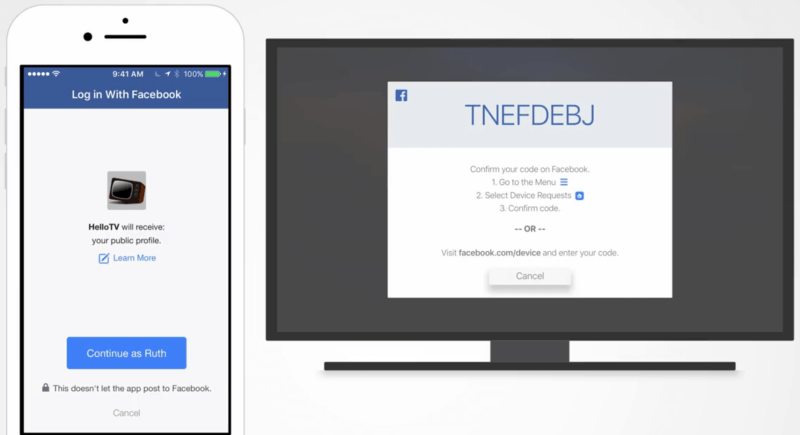 Above: Confirm this is you

Given that Facebook is keen to ensure it remains integrated within people’s lives across screens and platforms, today’s move makes sense as it removes the friction from connecting Facebook with third-party developers.

This follows Facebook’s push to ensure that the big screen becomes a core hub for its video ambitions, with more than 100 million hours of videos now consumed daily on Facebook. Indeed, the company recently introduced support for streaming video directly to Chromecast and Apple TV. Now, with a smarter Facebook login thrown into the mix, it’s clear that Facebook eyes the living room as its next domain to conquer.