GamesBeat: It seemed like Human Revolution was the key game here, where it drew a much closer connection to reality. Would that be fair?

Rosellini: Right. We were writing it as projectable—we wanted to make sure that every technology in the game could be traced to a current R&D effort that, if successful, would yield a technology result. That was kind of a rule that we set for ourselves.

GamesBeat: How much influence did you have there, relative to the people actually writing the fiction?

Rosellini: That was the fun part. Sometimes they showed up and said, “Hey, we need Neuropozyne to be a central plot element. This is how it has to work. Can you help us explain that away? Can you help make that central to the story and explain it with the technology?” I’d say there were five to seven of those kinds of situations where it wasn’t just, “Go make an extrapolation in the white space assuming X-Y-Z.” For me, as an advanced science guy, it’s a lot of fun to be able to say, “Okay, we have some rules, but go out and imagine what the world will look like in 20 years.”

GamesBeat: But they didn’t really go off in a direction where it was completely make-believe. They stayed fairly close to what was doable?

Rosellini: Yeah. One of the things that was maybe a problem with Invisible War was that there were too many black boxes. The player that likes Deus Ex is not necessarily into just shoot-em-up action. It really is a thinking man’s game, and I think that they like the detail that was put into the who and the why and where things were headed. You read all the books and you get a reward for reading them. They’re real-life extrapolations on things like where vagus nerve stimulation is headed. That became the reason why you’re able to get regeneration of your health. Glaxo-Smith-Kline was doing that research, by the way, and that became a new company called SetPoint Medical nine years later. The future is here. It’s just still in academic papers. 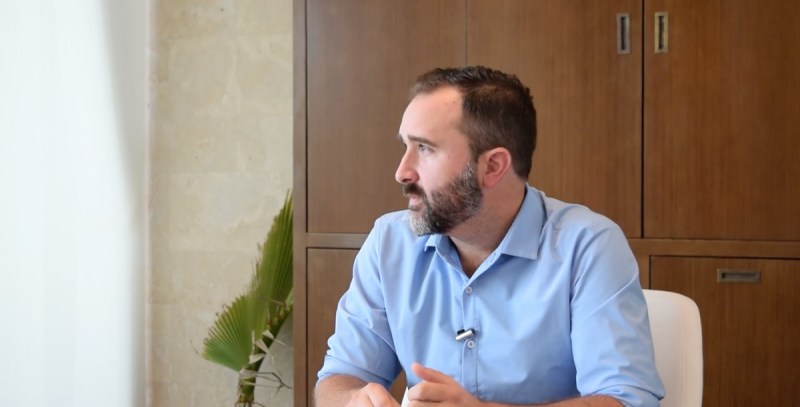 Above: Will Rosellini was the science advisor for Deus Ex: Human Revolution and Deus Ex: Mankind Divided.

GamesBeat: I knew they had done their research, but that’s all they had said. They didn’t go into the details so much in any of the things I’ve read recently. It does seem like, though—I played Mankind Divided through twice now. When you get the powers you can use, that’s where it seems like it’s going further into science fiction.

Rosellini: Well, first off, let’s take—the fundamental augmentations in Human Revolution are a lot of mechanical stuff. You look at legs and arms. DARPA’s been running a program for 10 years. Now you’re getting completely 3D-printed robotic limbs that can be controlled with either external or implantable devices. The big challenge that DARPA has is making those limbs work on enough battery power to do all the functions you see in Human Revolution. It’s not a question of “can you have that limb?” It’s just a matter of battery size. In 10 years, a lot of the mechanical arm and leg functions you see in the game will be there.

The Icarus fall, for example, where you can jump off a building and not hurt yourself—if you look at some of the exoskeleton research from Ekso Bionics, in conjunction with the cheetah leg prosthetics, you’re getting into a range where you can have four to six times the strength and responsiveness in your skeleton.

The things that were, I think, maybe pushing it, were things like a completely replaceable re-breathing system for your lungs. You had this power to go through a chemical attack and not have any trouble with the gas. That kind of cyborg technology as far as lung development probably isn’t 10 years from getting here. But we’re already pasting and changing lung function for things like ALS and spinal cord injury with electrical stimulation. Conceivably clearing lungs, automating lungs. We have a grant right now to stimulate for bronchial constriction and asthma. It’s still tolerable enough that machines could be controlling that aspect of function, so we had fun playing with where it could go.

GamesBeat: I suppose the one where you smash down onto the ground and a shockwave moves out from your epicenter and takes out a bunch of people—it’s almost like you’re at the center of an explosion. I’m not sure how that one works.

Rosellini: Yeah, that was the Icarus fall. That was the hardest one to really contemplate. But there is—I think have an email to the team on that one. I said, “If we have to figure out how that’s going to work, there is work being done in particle physics and electrical interaction. You could, if you drove a hard enough force of electrical energy, make an electrical explosion like that.”

Think of some of the floating subways in China, where the metal parts aren’t actually touching. They’re doing it with magnetic fields. Theoretically, if you could generate a strong enough magnetic field from your prosthetic limbs, you’d be able to create those kinds of forces on a falling event.

The other thing you could say—if you want to Google Ekso Bionics, they’re now making a fleet of commercial—what they call EK suits. They could very easily support this kind of falling – without having your spinal cord break — and ultimately you could attach magnetic field generators to allow you to float and/or create explosions if you wanted to. And of course, you’re stretching it at that point. But they needed that plot element, so I had to help them get there.