GamesBeat: Actually, you mentioned earlier about the Wii U version for Tekken. That was a really good version.

Harada: That was a side note about the wacky stuff we don’t stop doing. The Wii U game was a version where you could get bigger by eating a mushroom. Those kind of things are still a part of the Tekken team.

GamesBeat: Yeah, and also being able to dress your characters as Mario and Luigi and beat each other up. That was excellent.

Harada: That was in collaboration with Nintendo, too. 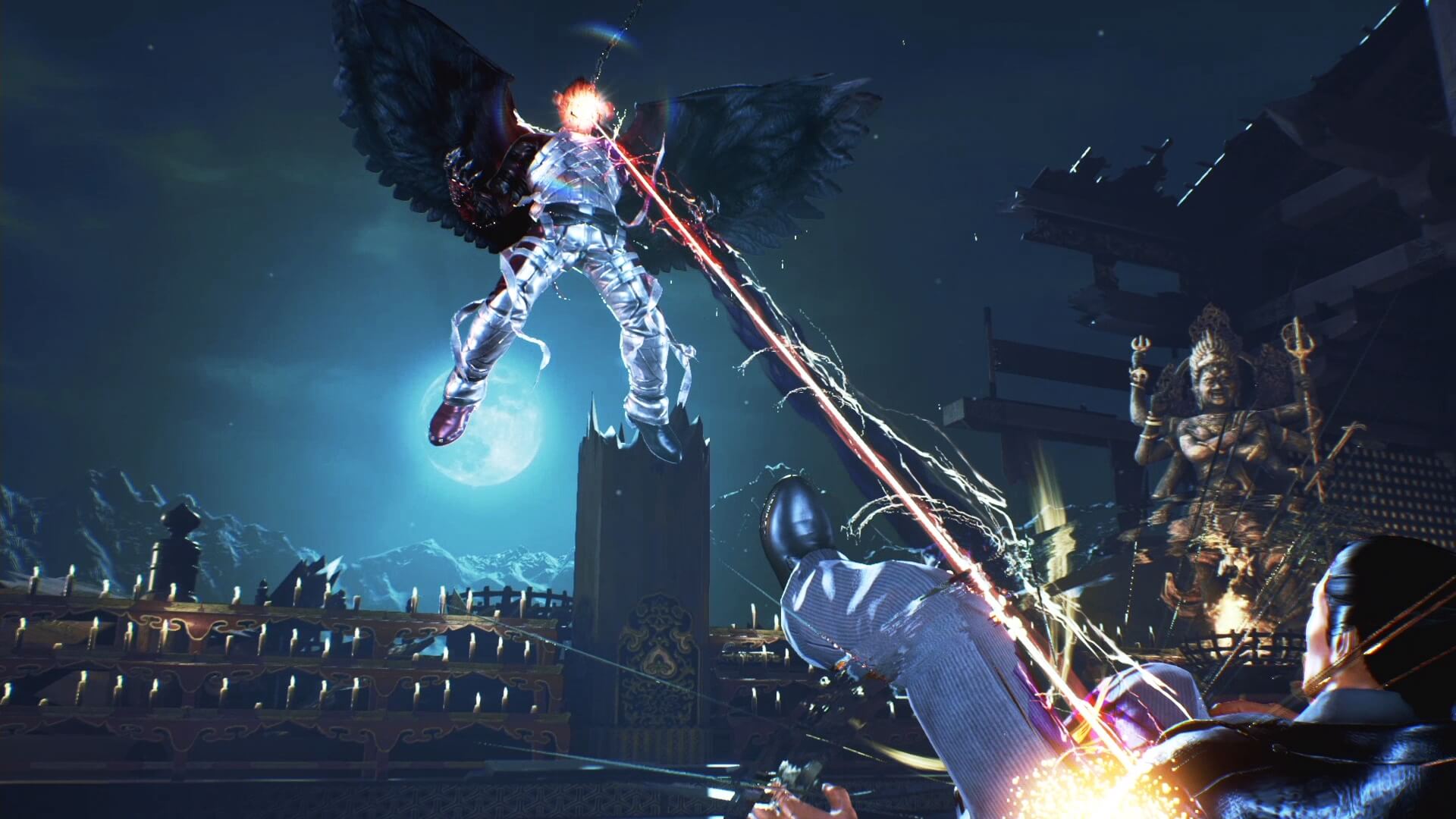 GamesBeat: Let’s talk about Tekken’s fighting styles. When most fighting games start, they start off on real-life fighting disciplines, or they at least begin with commonly known fighting disciplines, like karate, judo, taekwondo, etc. But with every sequel and installment, fans have expectations of new characters, new things to learn. Now Tekken has a huge, huge roster. How hard is it now, when working on a new sequel, to come up with new fighting styles to add?

Harada: It’s quite difficult because we’re aware that there’s different disciplines throughout the world if you go out and look for them. But, what it really comes down to is how many people would be happy to see that make it into the game. For capoeira, that was an ideal sport because it had just the right balance of recognition. People had heard of it but never really seen it in action. That level of mystery was just enough to get people interested in the game. The title where we introduced capoeira sold 8 million copies, I think, and actually helped fan a capoeira boom around the world. It’s hard to find another martial arts that’s exotic and familiar enough to the public.

And once you find a new martial arts, we need to think about whether it’s fun to control the  character using those techniques. So, you get where we are now where we take influences of various different martial arts and add it to characters where they are actually interesting to play.

GamesBeat: Are you getting close to the point where you need to completely make something up?

Harada: We already have. Alisa Bosconovitch is a good example. An android with chainsaws and flying around. I don’t think there’s a martial arts for that. Haha.

GamesBeat: Well, Gun Jack wasn’t part of a martial arts discipline, either. He’s just a big robot. And Doctor Bosconovitch lying on the ground isn’t much of a martial art. How do you decide which characters come back to the series?

KH: Basically we look at how popular a character is. There are various ways that we gauge popularity. One is obviously usage rate, how often a character is played in the arcade or consoles because we can see that as well. But, that alone isn’t enough to judge how popular a character is. We also look at how well-known they are around the world, are they popular among the fans who cosplay, do they pop up in fan art? These types of things which the internet makes easy to get that information. That serves as a basis when we think about adding or subtracting a character.

GamesBeat: Over the course of the Tekken series, who’s been the most and least popular character?

Harada: It’s hard to say over the course of the entire series but —and it’s hard to say because popularities come and go. Alisa was really popular when she was introduced but that doesn’t mean it’s consistent. In terms of consistency, the character that is always toward the top of the list is King. He’s never number one but he’s always in the top 5. King, Brian, Kazuya and, among female characters, Asuka and Lili are consistently popular. Characters who are on the bottom… Ganryu is even lower than Mokujin, who as you know adopts different fighting styles randomly. Ganryu and Wang Jinrei are the two least popular characters. It’s weird because popularity is usually dictated by the character’s strength. Ganryu’s been pretty strong, but both in player usage and overall popularity, he’s at the very bottom.

Harada: Every time I see that he’s at the bottom of the list, it reinforces the idea that people are judged 90 percent by their looks, not their inner beauty. We’ve been developing this series for so long and sold over 44 million copies worldwide, one thing we’ve learned is how much the Internet lies. They always tell us that Kunimitsu is the most popular character throughout the world, and they tell us we need to put her in the game. They tell us that we need to put in a variety of cultures, races and the characters need to be unique, whatever. But, when you look at the data and see which characters people are playing, it doesn’t match what they are saying. You get the feeling everyone is saying one thing to be politically correct but choosing something else.

GamesBeat: That’s the noisy minority for you.