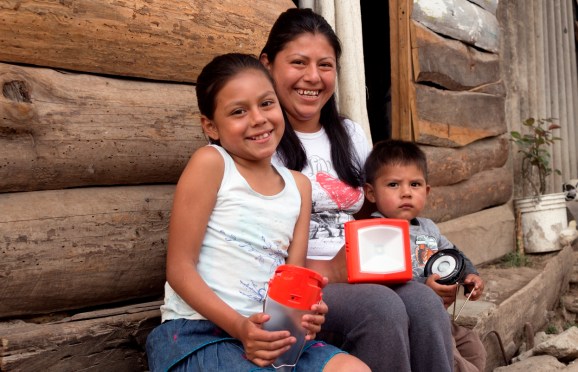 D.light technology in the wild

D.light, a for-profit social enterprise that manufactures and distributes solar-powered products aimed at “off-grid” communities, has raised $7.5 million in a debt financing round from investment management company Developing World Markets.

Today’s financing news comes less than two months after D.Light raised $22.5 million in a round that included a $5 million grant, $2.5 million debt funding, and $15 million equity financing from Omidyar Network, a philanthropic investment firm set up by eBay founder Pierre Omidyar, with participation from a handful of other parties. The company has now raised more than $50 million in total since its inception, and its latest cash influx will be used to expand its existing products as well as branch out into new products — including a solar-powered TV.

“We believe that capital markets can create positive economic and social change and that D.light can provide the kind of financial and social returns we seek from our investments,” explained Peter Johnson, managing partner of Developing World Markets.

D.light hasn’t divulged any details about when it plans to bring its solar-powered TV to market, but the funding news comes just a few months after U.K. electronics company Cello launched a solar-powered TV of its own, so it seems that there is demand for such a device.