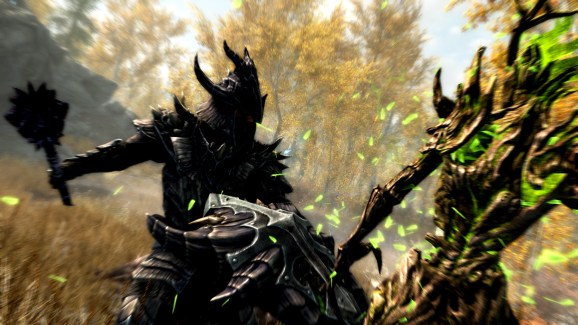 Releasing an updated version of the blockbuster RPG, Skyrim, for current-gen consoles was a real Fus Ro Duh.

The Elder Scrolls V: Skyrim originally came out in 2011 for PlayStation 3, Xbox 360, and PC. Now, Bethesda has released a new Special Edition with improved graphics for the PlayStation 4, Xbox One, and PC.

Of course, back in 2011, the PC version was easily the best way to go. The Xbox 360 and PlayStation 3 were already aging consoles by then, and Skyrim on the PC had far more options designed for high-end rigs. Five years later, can a console version finally compete?

Digital Foundry, which specializes in graphical comparisons, has released a new video on its YouTube channel comparing the new, PlayStation 4 version of Skyrim with the original release on PC (not the new Special Edition on PC).

Some of the changes, like those softer shadows, are subjective changes, but the improved draw distance and added foliage definitely look nice.