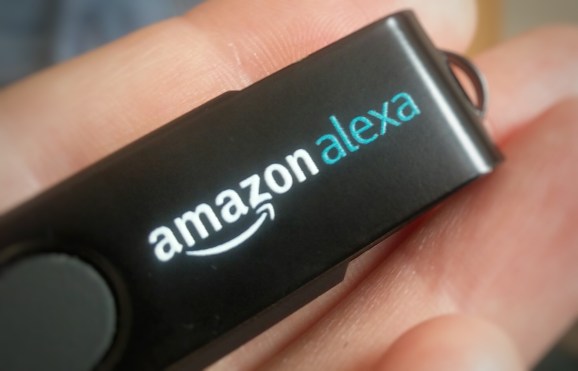 Voice interfaces are getting a lot of buzz right now, and for good reason. Gartner predicts that by 2018, 30 percent of our interactions with technology will be through conversations with smart machines. That’s why tech giants from Google to Microsoft to Apple are investing in voice — but this shouldn’t just be the business of the Goliaths. Savvy business owners and entrepreneurs, especially those in retail and ecommerce, must find a way to adopt these platforms to remain competitive as voice takes a front seat in commerce enablement.

This doesn’t mean creating your own Alexa or Siri. But it does mean taking advantage of the voice platforms already in place and the built-in audiences that are using them to increase customer loyalty and attract new business. For retailers or ecommerce sites, this means tapping into voice platforms so customers can ask if a certain store or site has the jeans they’re looking for in their size. For product review or comparison sites, this means asking where they can find the best camera for under $250 and asking for a detailed review, all while driving or cooking dinner.

In the best scenario, these voice platforms can offer guidance on all aspects of the buying process, removing any friction for the consumer and alleviating some of their decision-making responsibilities. But not all voice platforms have equal potential. Consumers are quickly realizing that most voice interfaces can’t do everything they claim (think Siri).

Why Alexa above others

So why isn’t the same happening to Alexa? Alexa does two important things to sidestep consumer disappointment. First, Alexa doesn’t try to do as much. It doesn’t have a screen to fall back on, and it forces users to stick to the script. In a way, Alexa is copying the original Google search model but in a more concise way. While Google can return several results, Alexa gives just the best answer, and it needs to be short and to the point. When people search Google and don’t find what they want, they just assume it doesn’t exist or that they put in the wrong search terms or Boolean logic. They don’t blame Google for not finding it. And it’s similar for Alexa. It’s a nuanced user response, but it could make all the difference in determining which AI platform(s) make it and which ones don’t.

In many ways, Amazon is already the search engine for commerce — and Alexa is only going to cement its position as such. Consumers are no longer loyal to brands, but as Google said about the growing trend of comparison shopping, they now “constantly search for the best: best product, best price, best reviews.” And when they’re looking to buy something, they’re starting on Amazon, not Google. Alexa’s ease of use and impressive functionality is already winning over customers, and Amazon is now incentivizing them to use Alexa to shop, offering Alexa-only deals to get them accustomed to shopping with their voice.

Second, Alexa is built on the skills of third-party developers. It allows other companies and services to extend their value through Alexa, without making Alexa do the work. Most developers don’t want to create apps for more than two platforms today (which is partly why Windows Phone and BlackBerry died), and the same will hold true for AI skills. Alexa was first to market with a consumer-friendly device that works great, and they sold way more devices than expected, making it the platform of choice for developers to invest in. Google Home is just launching and Apple doesn’t even have a real product yet to compete. Meanwhile Alexa is still leading the pack in market share; it’s being enabled with other leading home IoT products like Sonos, and its list of commands and third-party services and devices it officially (and unofficially) supports is multiplying.

Retail and ecommerce companies can integrate their own shopping tools, services, and data right into Alexa, allowing them to reach consumers in a new way and on their terms as voice becomes a part of their daily activities. Those who invest in voice early will have an advantage in cementing users’ loyalty, along with attracting new customers who are already using voice to shop.

Once adopted, these voice platforms will know so much about the consumer that they will bring them the deals and products they’re looking for without them even having to ask. Businesses that don’t invest now will lose out because savvier players will have already created and met this need. These consumers will become so accustomed to turning to voice to make their decisions for them and to anticipate their needs that they will no longer want to do the work themselves.

These platforms simplify our lives by answering our questions when our hands are busy, and they help us make smarter decisions. While we may not be there yet, voice interfaces will eventually change our lives — just like smartphones did, and computers did before that. Adoption of AI platforms such as Alexa will happen even faster than smartphones both because they are cheaper to access and because the learning curve is flatter. Teaching your parents how to make voice commands is way simpler than showing them how to use Android, IOS, or any computer platform.

Alexa’s open source nature and its ability to provide a positive experience for users make it uniquely suited to become the dominant consumer AI platform in our post-app world. Now is the time to capitalize on voice — Alexa in particular — to gain a competitive edge and build the long-term loyalty of customers so that they see your service as one that cannot be replaced.