By sometime late Tuesday night, we’ll know who will be the next president of the United States. And that lucky person will have the pleasure of being detested for four years by the half of the country that didn’t vote for them.

Between now and the end of the election, there will be a lot of bowel-clenching, sleepless nights for everyone. Fortunately, we have something to distract your mind as the country slowly rolls off the edge of a cliff into a bottomless abyss of misery.

Of course, we’re talking about apps!

Developers around the world have been hard at work making iOS apps that mock the candidates. OK, they’re mostly apps mocking Trump. But there’s a handful of ones designed to make Clinton look like a goofball, too. So, here are 9 for you to download and stare at until the first returns come in and you can finally stop using alcohol as a crutch.

1. Jrump: It’s basically like Doodle, except Trump is jumping. 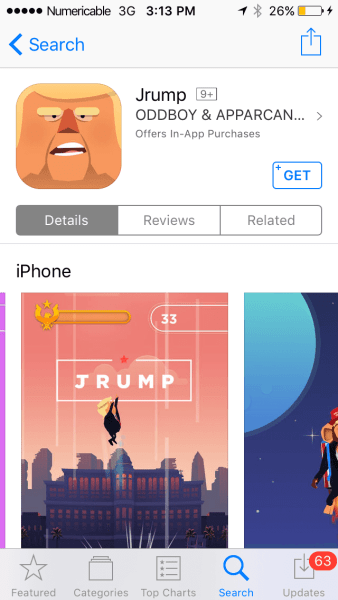 2. President Trump Soundboard: You click a short phrase like “Tell you some stories” and you hear Trump in his own words. Over and over. The stuff of dreams or nightmares. It all depends. 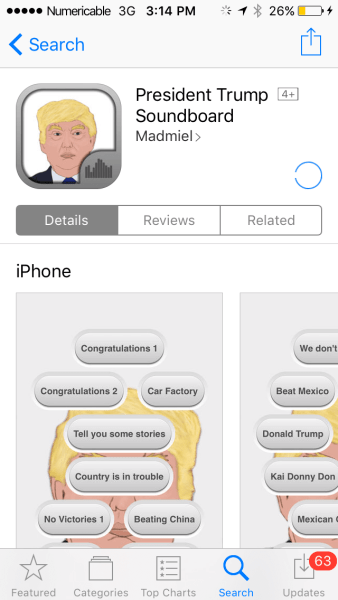 3. Smack Donald Trump: Some of these you have to wonder: How did these get through the App Store police? This is one of them. Trump talks and you click a button and a hand reaches out and smacks him. That’s it. There’s a bar to measure his ego that drops as you smack him. But trust me, it’s meaningless. 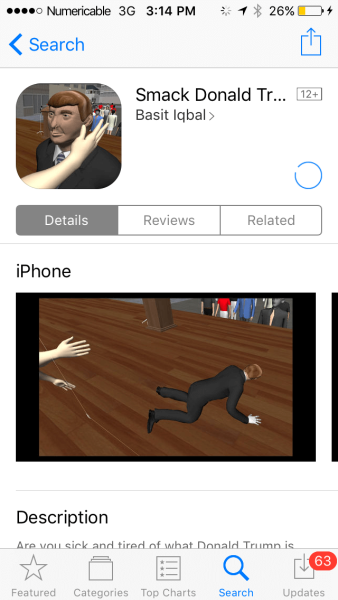 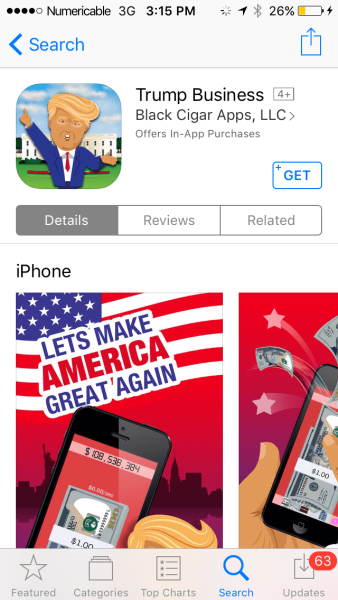 5. Punch The Trump: Again with the violence? Brutal is the name of the studio that made it, and that about sums it up. 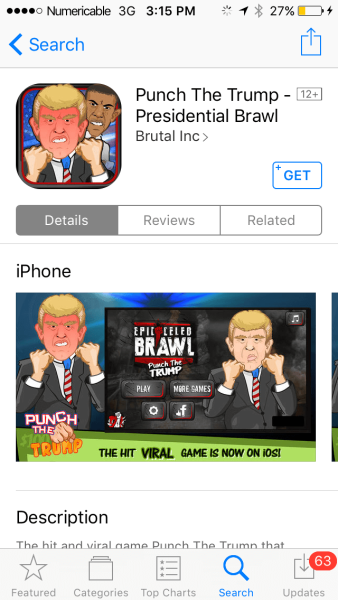 6. Trump Dump: It’s Flappy Bird, sorta, though Trump as a big pile of poop eventually appears. Not the highest level of satires if we’re being perfectly honest here. 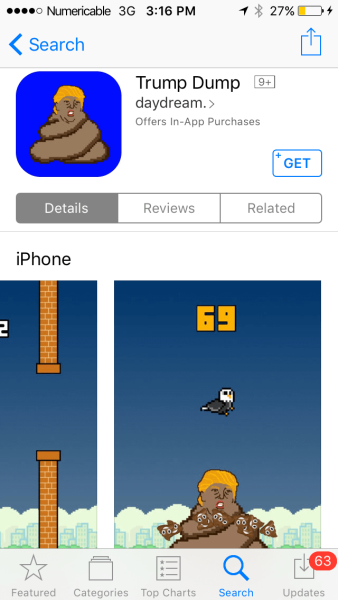 7. Candidate Crunch: Okay, finally balancing the scales a bit here. I guess it’s not surprising that anti-Trump apps are outweighing anti-Clintons by a large margin. Maybe some day we’ll look back on that as a meaningful barometer as to how the vote will go. Or not.

In any case, you pick a candidate, and then you drop stuff on them. Like a tank, or the Statue of Liberty. 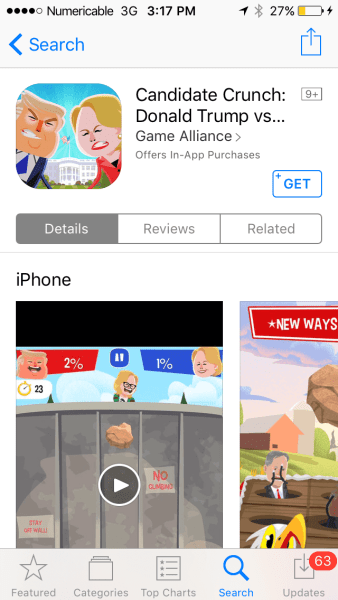 8. Slots: Trump vs Hillary Clinton. Is there really any more explanation needed? 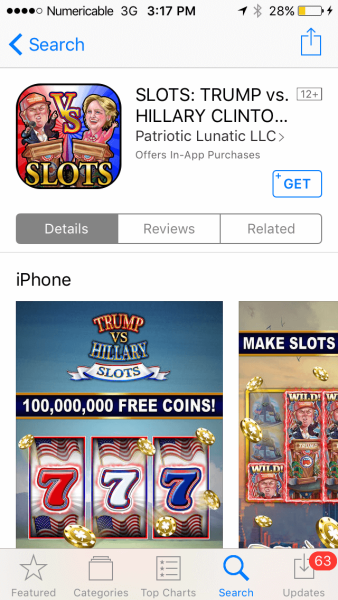 9. Caricature Sticker Pack of HIllary Clinton: Really, this is probably the most obviously anti-Clinton one. Sorry. And it’s really stickers for iMessage. Still, no doubt your friends and relatives will find this hilarious! (insert laughing emoji.) 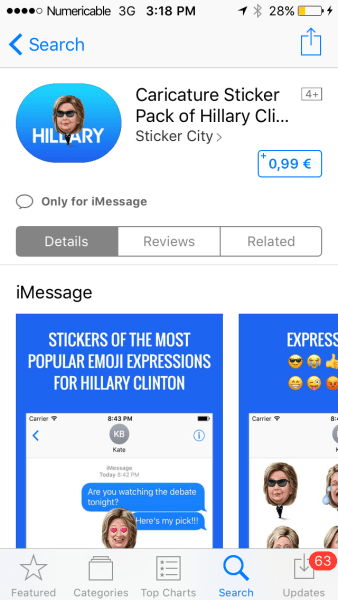