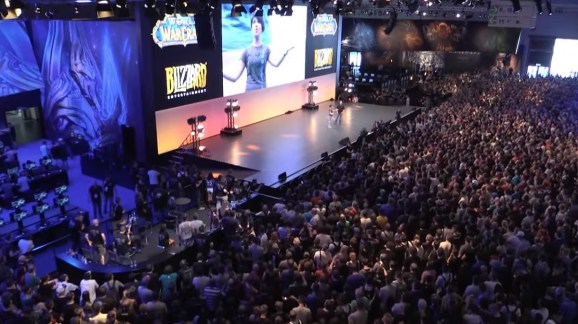 BlizzCon is one of the biggest community events in gaming.

BlizzCon is underway in Anaheim, California, and publisher Blizzard Entertainment used its annual massive fan event to make several big announcements. But don’t go back and sit through the video just to get the news because you were busy when it was livestreaming — that’s for suckers.

We’ve gathered up all the major headlines for you right here:

Overwatch is about to get a major content drop that includes the new character Sombra. She’s an offensive character that can hack her opponents, teleport, and turn invisible. Blizzard is also planning to introduce new 1-on-1 and 3-on-3 game types in a new Arcade mode as well as two new maps.

While the Overwatch World Cup is happening this weekend, Blizzard plans to establish a long-term league for the shooter that it will own and operate. Teams will get tied to cities, and players will get guaranteed contracts and benefits.

Diablo III brings back the original game and gets Necromancer class

The Darkening of Tristram add-on for Diablo III hits test servers next week, and it re-creates the original Diablo game inside of Diablo III. The publisher is also bringing back the popular Diablo II class Necromancer.

Hearthstone’s next expansion is Mean Streets of Gadgetzan

In early December, Blizzard will begin the Mean Streets of Gadgetzan expansion. As usual, this will introduce a plethora of new cards, but it will also create new classes that are an amalgamation of the current roster.

Heroes of the Storm gets two new characters

The multiplayer online arena battler is continuing to fill out its cast of characters. Warcraft Alliance leader Varian Wynn comes to the game November 15, and Warcraft elemental lord Ragnaros will debut in December.

Google’s DeepMind A.I. is better than even the best humans at turn-based strategy games like chess and go. Now, Google wants researchers to take on StarCraft II, which is several times more complex than even go due to its real-time nature.

Your raiding is never done, and Blizzard is working on more reasons for you to come back and visit its massively multiplayer online role-playing game.