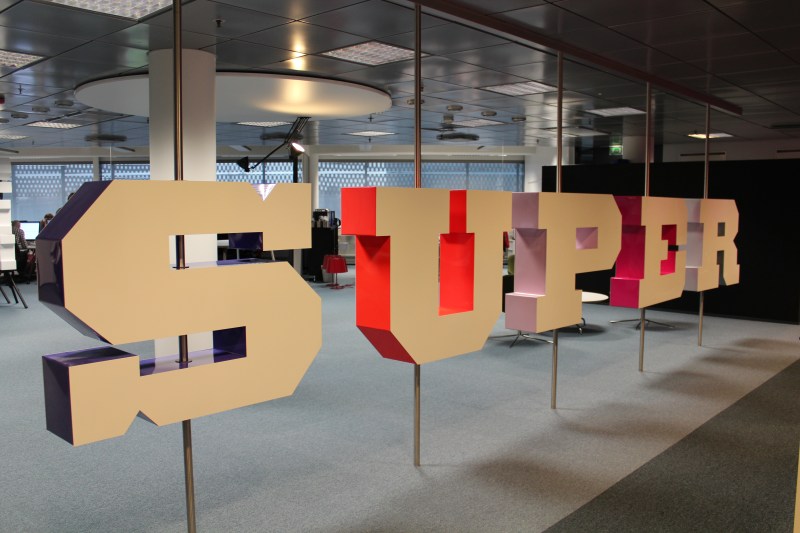 GamesBeat: Do you think any particular regions are ahead? Seattle, San Francisco, Los Angeles, China?

Dhillon: Scandinavia, the way it emerged — Finland emerged with Angry Birds and so on. Outside of the heart of virtual reality, which is Silicon Valley — Facebook created the industry by buying Oculus for that big price tag. There are pockets in China and Japan that have been impressive. Incumbent filmmaking communities have been emerging. Anywhere there’s major tech hubs, VR is getting interest from developers, investors, and brands alike as something to explore, something new and shiny.

I was blown away by what I saw in China at a VR conference in April. I came back and wrote a bit about it. In Japan more recently as well. Gaming is the first go-to area for both of those locales. Here in America we’re seeing a broader range of applications within VR. Health care, enterprise training, business use cases and so on. Plus cinematics. Definitely seeing a lot going on in Japan and China that I thought was invigorating to see, global enthusiasm behind this. You have guys like HTC and Oculus having global hubs and global presences, promoting developers to go on their platform at the same time.

GamesBeat: I think so. We also have OSVR, which seems to be coming up behind. Valve seems to express an interest in making sure that the platforms out there stay open. I don’t think they would have done Steam VR if Oculus had not gotten bought by Facebook.

Thompson: Part of the problem — if we had a market that had half a dozen smartphone manufacturers in the U.S., somebody would break the cartel. They’d say, okay, 20 percent fee on the app store, or give rebates to developers to go there first and create that race to the bottom. But with two companies it’s an oligopoly. Neither one will ever break it.

With VR, is there a hope that with this many headset manufacturers out there, they’ll basically bust the walled gardens open?

Dhillon: It goes to show — when we talk about mobile headset manufacturers, there are more than 100 Chinese manufacturers that I came across, all doing basic versions of Cardboard or Gear. They’re all running on Android at the same time, though. The phones slot in.

Thompson: Within the smartphone — I’m so dependent on it. That’s my desktop. It’s my light. It’s my connection with my family. It’s hard for me to break from Apple. Will VR be different, in the sense that, hey, I can switch from one to another? As soon as another generation comes along, I don’t have to have that stickiness, because I don’t have my life signed into that like with my phone. If that’s the case, I think there’s hope for much more of a — I buy the hardware and the software as a commodity.

Dhillon: If you think about AR or VR and you’re leveraging this as your source of compute, you’re very limited right now by what smartphones can do as far as framerate and battery life. The one we’ve not yet discussed here — if the experience is as compelling as people predict what Magic Leap will provide, it’s exponentially ahead of what any phone-tethered experience can do. I find it hard to believe that people will ever abandon their smartphones to live within a…. 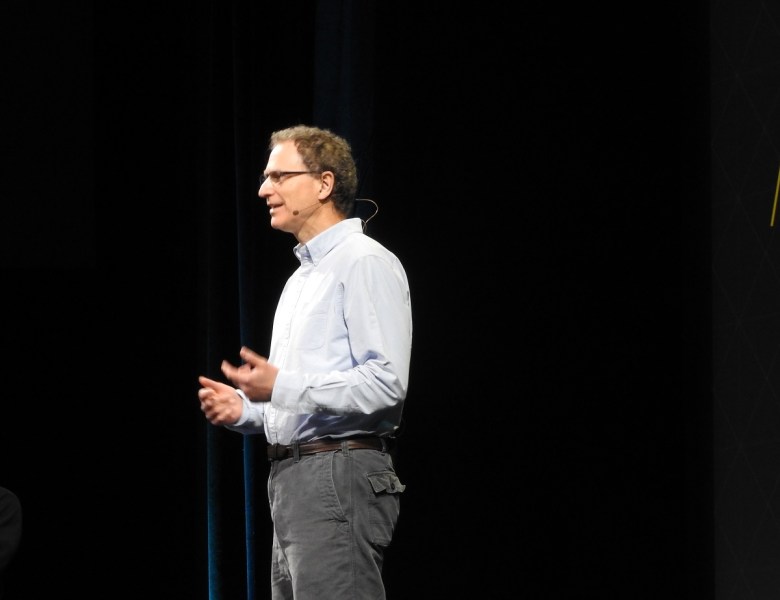 Above: Mike Abrash of Oculus

GamesBeat: I do wonder one thing about where the headsets are going and where the technology is going. Moore’s Law tells you it’s all inevitable. But then at the Oculus Connect event, Mike Abrash gave an interesting talk where he said that it’s not just Moore’s Law that makes things inevitable. That’s a myth. It’s really smart people doing the right engineering at the right time to make something happen earlier than you thought was possible. Then we brought up the wireless headset that Oculus showed —

Dhillon: You tried it, right? You’re one of the few people who’s tried it.

GamesBeat: Yeah. It seems very cool. I suspect they didn’t show me the giant battery they intend to attach to it at some point in time. I had it on for only five minutes. But they’re arguing that you can make some of these things happen sooner.

GamesBeat: Capital does give it that important nudge.

Thompson: Being a U.S. citizen, we are really fortunate that these powerhouses are all headquartered here. If I were living in Luxembourg or Belgium, I’d be really unhappy about having to pay all those taxes to the IP holders and these software companies just for the air I breathe. We’re able to collect global revenue. We may not repatriate it all, but it’s very powerful.

Thompson: There’s a problem in being too early. Jaron Lanier, he was a little early.

Dhillon: He works at Microsoft now, and he’s actually fairly bearish on the current wave of VR. When you’ve been told you’ve cried wolf so many times, when it hits you’re probably not going to believe yourself anymore. There’s been a few. You see at the VR conferences, a few of these fringe guys who’ve been hanging around the VR space since before it was really a thing, for years or decades. Giving validity to fringe opinion isn’t necessarily….

Thompson: I was in speech recognition in the ‘80s. I was aware of work that had been done back in the ‘60s and thinking, “Now is the time!” We kept working on it with smart people, but the processing power just wasn’t available.

GamesBeat: Masayoshi Son said it’s at the level of human accuracy now, speech recognition, and vision recognition is getting about as good.

Dhillon: Voice recognition, yes, in the English language, when you look at natural language processing. I think that Alexa has just been launched in German. But all the natural language processing stuff — there’s tons of open source stuff out there for computers to understand intent, enunciation, variation in accents and so on. That’s what Echo and Siri and all the rest are built on.

Similarly, when we talk about being too early, Blockbuster.com could do what Netflix does: deliver electronic sell-through of digital content. It just took 10 hours to download with limited broadband speeds, and the cost of doing so was high. It didn’t work. Similarly, when talk about being too early in the mobile ecosystem, like the iFund — how many of those companies ended up becoming mobile platform-defining winners?

The problem with being too early is you don’t know you’re too early. Taking a very measured approach to not going all in — I don’t think it makes sense to be a large sector-focused VR fund right now, because getting your returns in the near term, where your IRR and other metrics that you determine success on — that’s going to be challenging, if you’re a large-scale fund. If you’re a little fund it might work. When it comes to being too early, how much do you concentrate in a space where there’s contention and contradictory views?

GamesBeat: It seems like you want to be able to maneuver. You don’t want to have a giant fund, a billion-dollar fund or whatever with a lot of partners slowing you down.

Thompson: There are certainly advantages to being nimble. We’re still investing over three years. We’re being very picky. We don’t feel the burden of a calendar, the days flying by. If we go six months, that’d be okay.