Machine Zone has a convoy, but the consoles have the big numbers

GamesBeat has partnered with iSpot.tv, which measures TV advertising in real-time, to bring you a monthly report on how gaming brands are spending. The results below are for the top five spending gaming industry brands in October. 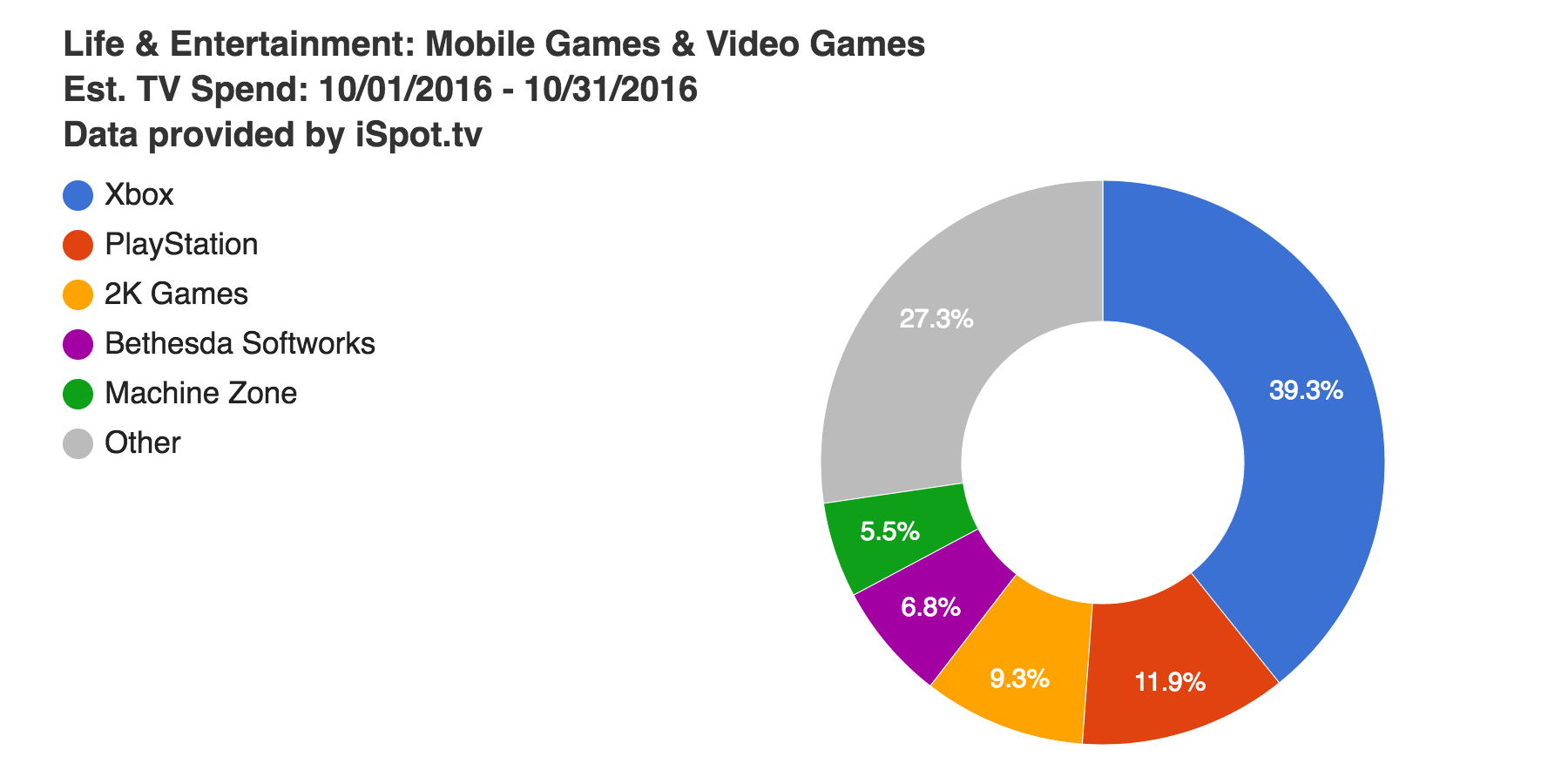 Here’s how each of the top brands deployed their TV advertising budgets: