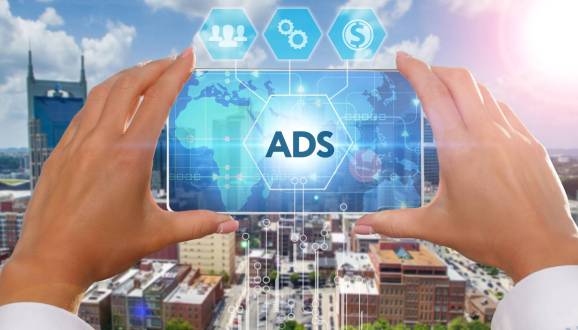 Earlier in the year I wrote about the schizophrenic state of the adtech market. I addressed the peculiar situation in which adtech funding was difficult to come by and the IPO market was shut, but levels of strategic M&A remained relatively robust. Those conditions were driven in large part by new entrants to the sector, and that trend has not abated over the course of 2016. However, there are further reasons why the outlook for the industry is positive, and certainly more so than some commentators have portrayed.

As we hurtle towards year end, VC funding in adtech remains in short supply. However, the Q3 data my company recently released shows that, as in 2015 and despite caution around the sector from financial investors, strategic interest remains strong and M&A activity remains healthy.

Total adtech deal volume rose 44 percent, from 27 deals in Q2 to 39 deals in Q3, and the quarter was book-ended by two mega-deals (Verizon’s acquisition of Yahoo and Orient Hontai Capital’s $1.4 billion majority acquisition of AppLovin).

The public markets also showed some signs of reopening, as Q3 saw the first adtech IPO in over a year, The Trade Desk. In sharp contrast to most of the adtech companies that went public in the 2013-14 period, The Trade Desk has both scale and strong profitability and is currently trading 38 percent ahead of its IPO price.

The adtech sector would appear to be on an upwards trajectory as we move into Q4. There are clearly a number of reasons to be cheerful. Here are just a few:

1. There are lots of buyers

A total of 215 companies have been acquired in the sector over the past 18 months, and, significantly, those deals were completed by 186 different buyers. That’s 186 separate companies that recognize the strategic significance of having adtech capabilities.

Forty-two percent of those 215 deals were done by pureplay adtech companies, such as AppNexus, Criteo, and MediaMath. These deals were primarily driven by consolidation of geographies, tech or channels, or were mergers between smaller players looking for scale.

A further 11 percent were completed by marketing services groups, such as WPP’s acquisitions of Essence and Exchange Lab, and Denstu’s buy-up of Accordant. So that’s 53 percent of deals being done by the “usual suspects.”

That means nearly half of deals – 47 percent – are being done by new entrants into the sector, and that is what lies behind the buoyancy in the M&A market. These deals are being completed by a who’s who of the TMT ecosystem. Very few technology and media companies can ignore the fact that the way we all consume (and pay for) media is being disrupted. Broadcasters, telcos, traditional data players, and of course the enterprise software groups have all made acquisitions into the sector, and each month seems to bring another new entrant.

One notable group of new buyers, who weren’t particularly visible even as recently as January this year, are the Asian acquirers. Adtech deals completed by buyers from the APAC region have increased by more than 30 percent in the first three quarters of 2016 compared to 2015. Miteno, Orient Hontai Capital, and Spearhead are all examples of Asian companies that have acquired Western adtech assets since the beginning of the year. We expect this trend to continue.

There’s no denying average valuations in adtech have declined over the past couple of years, but the average masks a very clear distinction between strategic and non-strategic deals. We are still seeing strategic valuations being achieved across a wide variety of propositions — identity, user-generated content, mobile, video, data and AI, to name a few. The common denominator across all the high multiple deals is scarcity value – either because the target is one of only a few companies globally with its particular capability or because it has achieved exceptional scale and therefore moves the needle for large buyers.

Interestingly, many of the highest multiple deals have been in scenarios where the buyer and target were already working together in commercial partnership. The synergies are proven and the deal de-risked.

The martech market continued to perform strongly in Q3. Our index of public company stocks is up 21 percent since the beginning of the year. Equally, M&A continues to be strong, with deal volume for the first three quarters of the year up around 19 percent.

Much has been made of the convergence between adtech and martech, but true cross-over M&A between the two sectors has been relatively limited. The two revenue models do not mix easily – sticky, scalable subscription revenue for martech, transactional revenue models for adtech, often with no direct client relationship.

However, recent deals such as Oracle’s acquisition of AddThis and Salesforce’s purchase of Krux continue to bring the major “marketing clouds” ever closer to pure audience building and media buying. SAP has chosen to build its own DMP and DSP with the recent launch of SAP Exchange Media. As we look ahead to 2017, we expect this convergence to pick up pace, as the lines between advertising and marketing continue to blur.

This increased convergence is as much an opportunity as a threat. Advertising represents over half of most large enterprises’ marketing budgets, and it is the adtech vendors, media agencies, and publishers who understand that world.

No one can deny that adtech has been through a tough time over the past couple of years. However, I see parallels with the cycle many new disruptive technology markets experience: Too much money goes into the sector; the market corrects as investors get their fingers burned; and then it emerges stronger and more stable, with the strongest companies coming to the fore. We are certainly seeing the signs that adtech is entering that phase of maturity.

This means those adtech companies that have the right capital structure in place and a clear grasp of their own economics are now in a position to thrive. In the meantime, the ever-expanding pool of buyers in the sector continues to underpin relatively healthy M&A prospects for the right companies.

Julie Langley is a Partner at Results International.