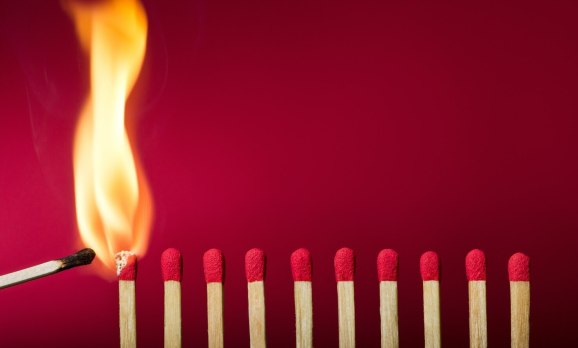 Activist investors sometimes purchase large numbers of a company’s shares and try to obtain seats on its board in order to effect a major change within a company. The majority of these activists take a “go big or go home” approach. They invest a lot of time and money, effectively taking a financial gamble that their recommendation has merits and will yield returns. Brianna Murphy of Trillium Asset Management, Natasha Lamb of Arjuna Capital, and Jesse Cohn of Elliott Management have all seen success with this strategy.

The questions that board members and management should be asking now are: Where are the women in leadership and boards of directors? Why don’t our boards and leadership reflect the diversity of the nation? According to the 2016 Women in the Workplace Report, promotion rates for women are far behind those of men, and the disparity is largest at the first step up to manager. For every 100 women promoted, 130 men are promoted. According to recent data from S&P Global Market Intelligence, about 20 Fortune 500 companies currently have no women on their boards. Women of color face even more barriers and underrepresentation. According to the 2016 Women in the Workplace Report, only 6 percent of VPs, 4 percent of SVPs, and 3 percent of C-Suite positions are held by women of color. Facing questions of corporate diversity is difficult, but it is the only way management and board members can effect necessary change.

These questions can be addressed during board meetings as goal-setting tools. Management should work with their teams to address these questions as well. Company leadership should routinely benchmark against peer companies to assess how well they are addressing issues of diversity. At a company-wide scale, focus groups or company-wide studies can be used to gather and analyze employee views on diversity strategies that would suit the company. For example, anonymous feedback from women employees and employees of color could identify areas where members of these groups have experienced disparity either directly or inadvertently (e.g. unequal pay, fewer opportunities to speak with supervisors). Asking these difficult questions may lead to unexpected or unpleasant answers but would inform the company’s future efforts toward diversity.

2. Understand and appreciate the details.

For example, numerous countries in Europe have implemented quotas to increase the representation of women on boards. In the United States, Mary Jo White, the chairwoman of the Securities and Exchange Commission (SEC), has repeatedly alluded to increasing disclosure requirements to promote board and leadership diversity. Understanding the details of the current waves of change will encourage directors and management to stay ahead of the crowd. They can do this by consulting with outside groups that understand and specialize in gender equality and parity issues. Leadership can also engage in discussions with regulators and lobbyists to understand possible new diversity requirements. Instead of being forced to comply with new requirements when they are passed, leadership should strive to preemptively implement similar standards on a company-wide scale. Management and boards should also scrutinize the details of their own diversity policies to identify where they may inadvertently be excluding women and people of color. For example, focusing on board candidates with Fortune 500 CEO pedigrees might lead to overlooking qualified women candidates. By recognizing where their own companies fall short diversity-wise, directors and management will be better able to lead their companies into a future of parity.

3. Know and engage with shareholders.

Successful activists trying to enact change in companies excel at communicating with and satisfying shareholders by developing a coherent shareholder engagement strategy. Likewise, boards and management need to engage with shareholders on this important issue.

There should be a mutual understanding that increased diversity will lead to a more successful company and more satisfied shareholders. Adding diverse candidates, especially women, to boards makes business sense for every company. A 2015 McKinsey and Co. study determined that companies in the top quartile of gender diversity are 15 percent more likely to financially outperform those in the bottom quartile. A 2014 Catalyst study found that having more women in leadership and board positions resulted in better financial performance while increasing innovation and group performance. Increasing diversity in boards and leadership significantly increases profits, boosts competitive advantage, and puts a company on the right side of the issue.

Making a public commitment will hold the company accountable, encouraging persistent efforts to recruit more diverse board candidates and leaders. Boards and management can also consult institutional shareholders about possible diverse candidates. Excellent candidates recommended by shareholders will likely already have an interest in and knowledge of the company.

With women being added to corporate boards at a glacial pace, the “go big or go home” activist approach may be the only way to achieve parity on a more reasonable timeline. This is becoming especially salient because board composition (especially diversity) remains a key focus with investors. Boards and management should embrace these activist strategies in order to keep up with the current waves of change and lead their companies into more diverse, more successful futures.

Sarah delos Santos is a J.D. candidate at UC Berkeley School of Law.