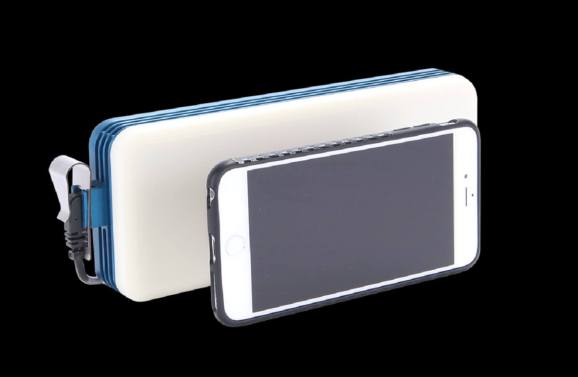 Echodyne has a radar that helps drones detect and avoid each other.

The skies of the future are going to be crowded with drones, and a startup called Echodyne is anticipating that day with a new radar that helps drones detect and avoid each other.

Bellevue, Wash.-based Echodyne said it has successfully tested its “detect and avoid” (DAA) radar on a small unmanned aerial vehicle (UAV). The radar was mounted on a small commercial drone that flew multiple missions below 400 feet over a couple of days. The drone was of a size, payload, and range suited to applications such as package delivery, infrastructure inspection, and agricultural monitoring.

Echodyne’s “detect and avoid” technology enables a drone to see moving and stationary obstacles using a kind of radar vision as it flies through the airspace beyond line of sight of its operator. The radar tests were conducted with an undisclosed partner, using Echodyne’s developer kit radar with its patented Metamaterial Electronically Scanning Array (MESA).

Echodyne’s radar is based on metamaterials technology that enables the radar to deliver high-performance electronic scanning in a smaller, lighter, and less-expensive form factor than has previously been thought possible.

“It’s great to see our technology performing in real-world field tests exactly as designed,” said Echodyne founder and CEO Eben Frankenberg, in a statement. “We’ve made tremendous progress with our technology in a very short time and are excited to release our MESA-DAA radar into the market in just a few months. Tests like this show that advanced radar can be deployed directly on small commercial UAVs to ensure safe beyond line of sight drone operations. Unlike other sensor technologies, such as cameras and LIDARs, radar provides accurate tracking of obstacles at long range across a broad field of view in all types of weather.”

The tests used Echodyne’s developer kit radar, a precursor to its MESA-DAA radar, which will detect and track Cessna-sized objects up to 3 kilometers away and small drones up to 750 meters away. MESA-DAA will be available to commercial customers in early 2017.

“This test brings us one step closer to fulfilling Echodyne’s mission to make the world a safer place by enabling cars, drones, and other vehicles to sense the world around them,” said Tom Driscoll, founder and chief technology officer of Echodyne, in a statement. “Phased array radars have long been the pinnacle of radar technology, but they remain too costly for commercial use. MESA operates very similarly to a phased array, but at a tiny fraction of the cost, size, weight, and power, making it ideal for all kinds of high performance commercial applications, including radar vision for drones and cars.”

The Federal Aviation Administration recently issued rules for small drone operation, saying the UAVs need to remain within visual line of sight of their pilot, who is responsible for avoiding collisions. There is widespread acceptance that for drones to fly beyond line of sight of their operator, they will need DAA sensors and systems that safely replace the pilot’s “see and avoid” capability.

Echodyne is a privately held company backed by Bill Gates, Madrona Venture Group, Vulcan Capital, Lux Capital, and The Kresge Foundation, among others. The company has raised $15 million, and it has 33 employees.