Artificial intelligence-powered filters from Prisma come to Facebook Live video today, Prisma Labs announced. The videos can be made using the Prisma iOS app and an iPhone 6s or iPhone 7.

The launch comes hours after Facebook announced that it’s testing its new AI-powered filters for Facebook Live video in a few countries. The technology will be more widely deployed in the near future.

Using artificial neural networks, Prisma creates photos and videos that mimic a particular artist or style, from Picasso to anime to punk.

Since its launch in June, the app has been downloaded more than 70 million times and has gone from just a photo editor to video, Facebook Live video, and in the future GIFs and augmented reality.

Prisma has run into stiff competition after becoming one of the most popular media apps in iOS and Android stores earlier this year.

A day after Facebook demonstrated its filters at WSJD, Google shared its new editor that applies multiple neural network filters to a video. That editor will be made available for free, open source usage.

Today’s new feature was added using the Facebook Live API, a feed that was released in April to enable third-party developers to incorporate this video technology directly into their own apps.

Prisma filters for Facebook Live videos will initially be available in eight styles, including The Scream, Tokyo, Gothic, and Illegal Beauty. 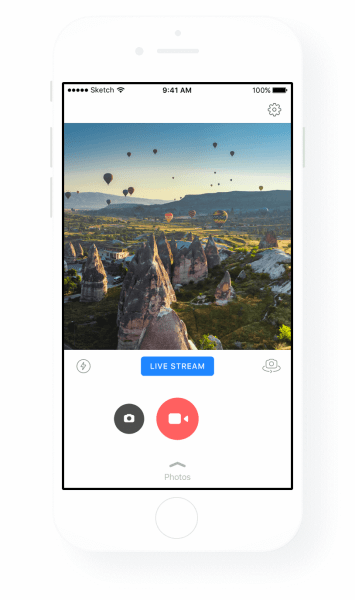 “We are working in a direction that we always considered important. We want to change the way people communicate with each other using the most advanced and new technology. We believe that even a small company can achieve great results,” said CEO Alexey Moiseenkov in a statement provided to VentureBeat.

Before Facebook started rolling out its AI-powered filters, Moiseenkov believed his company was “months ahead” of Facebook and Google. Both Prisma and Facebook acknowledge there can be challenges when adding AI to Facebook Live.

Prisma has been working to improve video quality since the launch of its video editor two months ago.

This summer, Prisma, Icon8, and other photo editors that use neural networks began to add their services to chat apps like Telegram and Facebook Messenger.