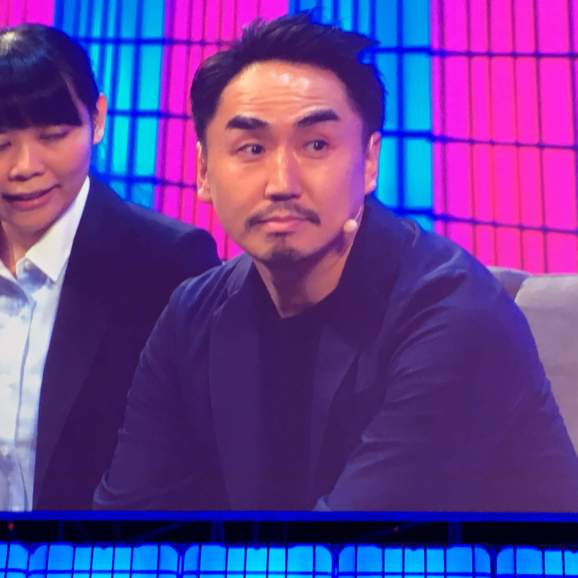 “It’s just a rumor,” said Line CEO Takeshi Idezawa in an interview with VentureBeat at Web Summit 2016.  With that, Idezawa quashed speculation about Line’s potential acquisition of Vine (and any Lolita-inspired pretension by this writer).

With cash from the company’s $1.1 billion IPO earlier this year still on hand, some have wondered if the purchase of Vine or perhaps some other video company would be a use of the new capital. Idezawa addressed this by explaining that video is central to Line’s future growth in Japan, Taiwan, Thailand, and Indonesia. “We offer a feature that allows users to broadcast live within the Line app, which already has 20 million monthly active users in Japan, even though it was launched less than one year ago,” he said, speaking through an interpreter.

In addition to live video, Idezawa also described video-enabled features like Looks, which is a virtual make-up tool; B612, which is a selfie app; and Snow, a separate app that, like Snapchat, offers photo and video sharing.

According to Idezawa, video is a powerful way to keep users inside the Line app, increasing its overall stickiness and session duration. By doing so, Line will can increase its reliance on advertising, which currently brings in about 40 percent of the company’s revenue, with 30 percent coming from games, 20 percent from sale of items like stickers, and the rest from a variety of sources including its offline retail shops. The company reported third quarter earnings of $35.9 billion yen (about $342 million), up from $33.9 billion yen in the second quarter.

Idezawa’s focus on user engagement reflects the company’s decision to focus on Japan, Taiwan, Thailand, and Indonesia, all but ceding the U.S. market to Facebook Messenger and Apple iMessaging. According to Idezawa, the company now has 220 million monthly active users, which, while up only 3.7 percent from 212 million a year ago, actually reflects 20 percent user growth in its four Asian markets. The company also recently announced plans to invest in two venture funds — in California and France — perhaps signaling a desire to return eventually to those markets.

“We are confident that video is the next trend [for messaging platforms], and we’ll continue to work on different approaches,” Idezawa said.