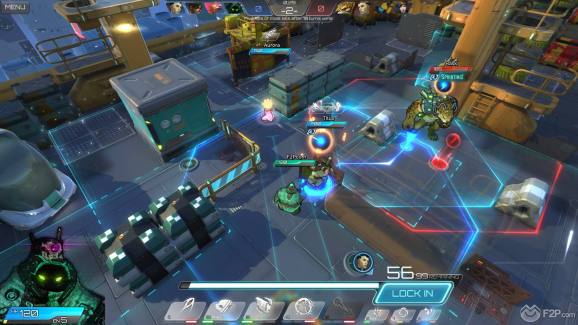 A turn-based competitive game sounds slow and boring, but Atlas Reactor is neither of those things.

Esports could have a new popular game on its hands.

Developer Trion World announced that it has partnered with the esports organization ESL to host the first major tournament for Atlas Reactor, the company’s team-based, turn-based strategy game for PC. Teams will compete for an $8,000 prize purse. This is an early step for the young game that could turn into a stride toward esports glory and earn some cash. The competitive gaming market’s revenues are on pace to generate $493 million in 2016, according to a report from intelligence firm Newzoo.

While $8,000 may not seem like much compared to the huge prize pools of millions of dollars for games like Dota 2 and League of Legends, Atlas Reactor is just a month old, and it’s testing the esports waters now.

“The community’s response to Atlas Reactor’s competitive structure has been overwhelmingly positive, so we are happy to help solidify the title in the esports arena,” said Sean Charles,vice president of publisher relations at ESL, in a press release sent to GamesBeat. “It’s always an exciting time when a title shows potential and we look forward to working closely with Trion Worlds to bring Atlas Reactor to a wider gaming audience.”

Atlas Reactor has a free version that restricts access to a small number of heroes. However, from November 11 to November 13, players can access all of the game’s content for free.

If you’re interested in signing up for the competition, you can register here.