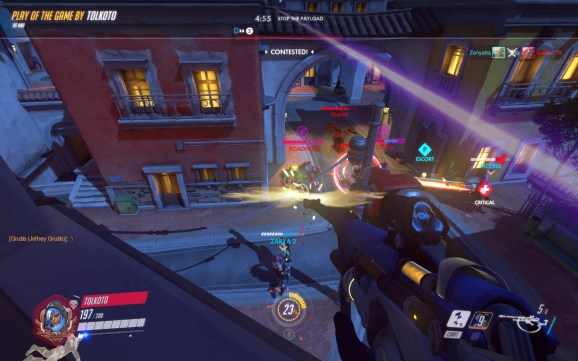 Out of all Overwatch esports fans, 68 percent of them are in the age 18 to 34 millennial demographic, according to the 2016 Nielsen Esports Report and Nielsen Video Game Tracking. This is higher than the average for other competitive games, which is at 61 percent. This shows that Blizzard’s team-based shooter is finding a way to appeal to a younger audience than most of its competition. Millennials are also a popular group with marketers, which gives Overwatch an advantage in an esports market that will generate $493 million in 2016, according to a report from intelligence firm Newzoo.

Overwatch released in May for PlayStation 4, Xbox One, and PC, but it’s already become big hit. It has sold over 20 million copies. It’s second postrelease hero, the hacker Sombra, is coming out soon.

Esports fans in general are more likely to play Overwatch over a regular U.S. gamer, 17 percent vs. 4 percent. Nielson also noted that 27 percent of Overwatch fans say they don’t follow the game’s competitive scene as much as they want because of a lack of local tournaments. This is a problem that Blizzard itself is trying to fix with its Overwatch League, which will create city-based teams across the world.