Worlds Adrift is an ambitious game set in a shattered world with floating islands. In the physics-driven sandbox MMO, players take on the role of survivors. They team up to build sky-ships and become scavengers, explorers, heroes or sky-pirates in a vast, mysterious open world.

This upcoming playtest adds new features, including the Shipyard where players can create unique ship designs of any shape or size, updated user-interface and controls, improved framerate, new creatures, and more.

Bossa said it is also showcasing progression mechanics for the first time, allowing players to explore the Knowledge tree to learn how to build proficiency in certain skills, discover ancient data banks filled with rewards, and unlock pieces of lore that will give players insight into the history of the shattered world. 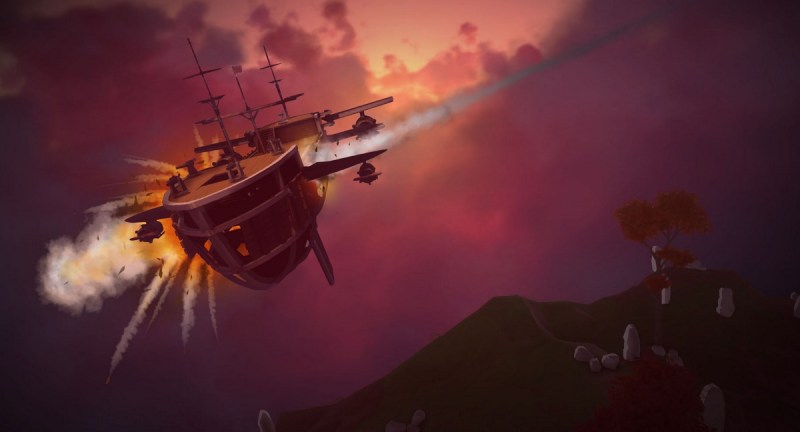 Sign-ups start today at the game’s official site, and run until November 18, with the playtest launching later this month.

Worlds Adrift is harnessing the abilities of SpatialOS, the distributed operating system for creating virtual worlds created by London-based technology startup Improbable. Using SpatialOS, Bossa Studios can create a huge universe able to provide unprecedented density of objects and items, abundant animal life with its own ecosystem, and a persistent world where actions have real consequences: ships can be stolen, wrecks can be scavenged and each island’s forests and animal life can flourish or diminish.

Bossa also announced its newly revised and expanded Island Creator, available now for free on Steam. Using the Island Creator, players can create and upload unique islands, that may feature in the game itself. The simple but powerful tool set is being expanded with a host of new features for aspiring game designers to experiment with, including the ability to create complex ruins containing valuable loot, hide containers and chests that will spawn in the live game, and encode murals and ancient data banks that need to be deciphered by other players to gain powerful knowledge.

Bossa launched the original Island Creator for Worlds Adrift in April, and players have already hand-crafted over 2,000 creative islands, with more than 100 player-designed islands making it into the recent Alpha test version of the game.

London-based Bossa Studios is an indie games developer and publisher founded in 2010. It has created games such as Monstermind, Surgeon Simulator, and I am Bread.