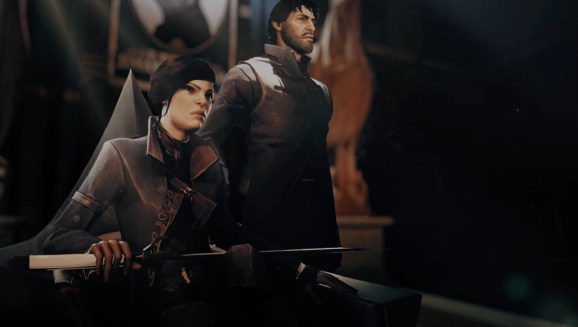 Empress Emily Kaldwin gets some bad news about her PC framerate.

I’m sorry that we couldn’t tell you this sooner, but publisher Bethesda’s Dishonored 2 isn’t working that well on PC.

Players across that platform are reporting issues with optimization that are preventing the stealth adventure from performing well even on powerful, modern rigs. On top of that, others are seeing strange bugs that are causing crashing, mouse-sensitivity issues, and jittery audio. These issues have led to numerous negative reviews on the Steam PC-gaming platform, and Dishonored 2 director Harvey Smith has acknowledged that his team is looking into the problems. At the same time, this is the first major release to come after Bethesda solidified its policy to not send out early review copies to critics.

When Bethesda reached out to me a couple of days ago to ask if I wanted the Xbox One, PlayStation 4, or PC version for my review, I asked for a PC copy. Without explanation, they sent me a code for Xbox One instead, so maybe I should’ve known something was wrong. Or maybe it was an honest mistake (those sorts of thing happens). But the point is that I’m starting to see all of the publisher’s actions through the lens of secrecy. It’s easy to interpret any decision the company makes as an attempt to further obfuscate analysis of the quality of its products from the people who will spend money on its products.

In its blog, explaining its decision to withhold review copies, it used Doom as a defense.

“Earlier this year we released Doom,” Bethesda blogger Gary Steinman wrote. “We sent review copies to arrive the day before launch, which led to speculation about the quality of the game. Since then, Doom has emerged as a critical and commercial hit, and is now one of the highest-rated shooters of the past few years.”

So, I’m assuming that convinced you, the consumer, to completely end your skepticism of games without early reviews, and look at how well that is already working out.