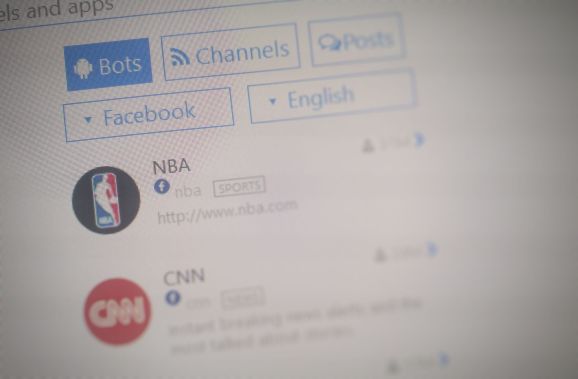 As instant messengers (IM) are getting increased traction — even more than the classic internet and social networks for certain user categories — Intento offers a new way to explore their content, which is generally ignored by traditional search engines.

The startup claims to have developed “the only automatic crawl-and-search engine indexing the content of public channels and chatbots” — including those in Telegram, Viber, ICQ IM, and, since last week, Facebook.

Heavily funded by venture capitalists, the chatbot ecosystem is developing fast. According to ManyChat and ChatFuel data, more than 34,000 bots have been created for Facebook, over 20,000 for Kik, and many thousands for Telegram. “But there’s no single way to discover them. Discovery often fails in messengers and public chats as well,” Intento cofounder and CEO Konstantin Savenkov said in an exchange with East-West Digital News. “As a result, more and more messengers rely on external discovery engines that provide deep links for the web and graphic codes for scanning. There are many catalogs that use those links (e.g. Telegram Channels Catalog, Storebot.me), but their functionality is limited,” he added.

Referring to the change brought by Google in the late 1990s, when manually curated catalogs were used to search information across the web, Savenkov added, “For messengers and chatbots, a similar curation approach could work when they were just hundreds or thousands. It is not enough anymore. Intento and its automatic crawl-and-search engine solve this problem.”

The demand for such function will be all the more considerable as business activity on messaging platforms will explode, believes Savenkov, “providing a myriad of interesting things to discover.”

From ‘interface apps’ to ‘assisting apps’

In the future, Intento intends to address another issue: the lack of connectivity between apps.

As such, Intento is going to crawl not just the information, but the APIs and services themselves. It will let apps programmatically use the Intento search engine to discover and interact with other services.

Intento claims to have attracted some 550,000 users in October, up from 400,000 in September. “Most of our users come from organic search, and about 25 percent of the traffic is direct, meaning that people stick to Intento,” says Savenkov.

The better part of this initial audience comes from Latin America and the Middle East, reflecting the geographic influence of Telegram and Viber. By adding Facebook Messenger and other platforms, Intento expects to attract more users from other areas.

Launched in early 2016, the startup is incorporated in Delaware, U.S., but has its R&D team based in Moscow. Grigory Sapunov, a deep learning and artificial intelligence expert who worked five years at Yandex, cofounded the startup with Savenkov.

In September, Intento secured $210,000 from an unnamed Russian businessman. This funding was intended to strengthen the startup’s team, add new types of indexed data, scale infrastructure, and expand to other platforms.