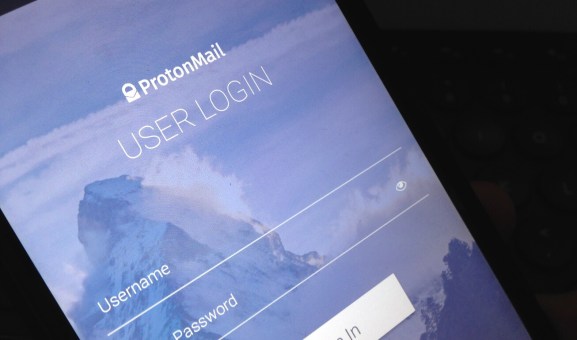 ProtonMail, an encrypted email service that has previously touted itself as “NSA-proof,” has claimed that it has seen double the number of new signups since Trump’s election victory compared to last week.

The company claims that, as a Swiss entity that benefits from support from the Swiss government, it is officially neutral in terms of political leanings. “We do not have any position for or against Trump, or any position for or against any particular country or government,” the company said in a statement. “Privacy is a universal value, so therefore, there are no sides to take.”

However, ProtonMail makes its position on Trump’s impending rise to the U.S. presidency perfectly clear, one that will “put him in charge of the world’s most powerful mass surveillance infrastructure,” namely the National Security Agency (NSA).

Founded out of a CERN research lab in 2013, Geneva-based ProtonMail launched in beta in 2014, and went on to raise more than $2.5 million in funding ahead of its full global launch earlier this year. The core raison d’être of ProtonMail is to provide a secure email service that uses client-side encryption, meaning all data is encrypted before it arrives on the company’s servers.

There have been growing concerns about what Trump’s election victory will mean for U.S. surveillance and encryption policy. Indeed, Trump made a number of public attacks against the technology industry during his presidential campaign — for example, he called for people to boycott Apple products over the company’s refusal to help the FBI unlock an iPhone that belonged to one of the San Bernardino killers. And the reelection of Republican Senator Richard Burr under a Trump presidency also raises concerns, given that Burr led a recent failed attempt to pass legislation that would require technology companies to build secret “back doors” into their products, permitting authorities to bypass built-in data-protection tools.

Many of ProtonMail’s million-plus users live in the U.S., so it’s interesting to note the rise in signups the company has seen over the past few days, and it is indicative of the concern among the U.S. public of what Trump may usher in once he’s in the White House hot seat.

“Many of our new users have voiced a few common concerns both on Twitter and also in emails to us,” the company said. “Given Trump’s rhetoric against journalists, political enemies, immigrants, and Muslims, there is concern that Trump could use the new tools at his disposal to target certain groups. As the NSA currently operates completely out of the public eye with very little legal oversight, all of this could be done in secret.”