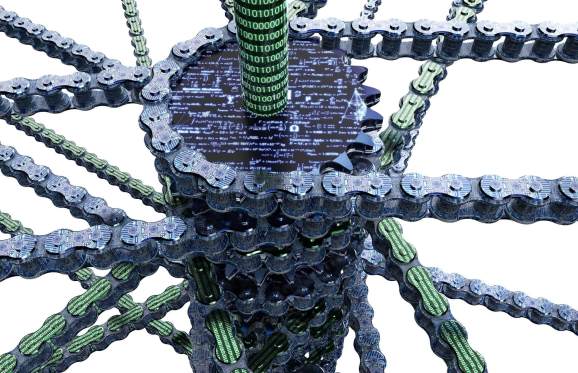 These early-stage blockchain startups have been working closely with large, well-established financial institutions, banks in particular — a striking contrast to blockchain startups elsewhere in the world. From Bank Leumi’s ‘Elevator’ Innovation Hub to Bank Ha’Poalim’s partnership with Microsoft Ventures, these banks support promising candidates with funding, access, connections and guidance.

These ventures are just a small part of the fast-growing Israeli fintech industry, which has quintupled its number of companies since 2009,  from 90 to 430.

Yet, in Israel, blockchain development does not stop at fintech. Many young companies are exploring new sectors and innovative ways to apply distributed ledger technology in exciting ways. One Israeli blockchain use-case that has garnered a lot of attention is within the music industry. Revelator, partnering with Colu – a leading Israeli colored-coins startup — efficiently tracks music rights and distributes royalties to rights owners in a transparent and reliable way using Colu’s blockchain platform. Revelator’s functionality gives individuals a way to effectively control their music, rights, and income, which goes to the very core of blockchain’s greatest potential: the ability to remove the middleman. It essentially shifts power back into the hands of “the little guys”, no longer dependent on production and management companies, infamous for locking talent, and especially fledgling young artists, into draconian contracts.

La’Zooz is another Israeli blockchain startup poised to fully overhaul a market — this time transportation. When Uber first came on the scene, many were overjoyed at the prospect of redefining the industry and breaking up the taxicab monopoly. But Uber has since developed into a mega-company with concentrated ownership and growing market-share, essentially reiterating the structure it replaced. La’Zooz offers an efficient ride-sharing solution, but without the Big Man at the top. The La’Zooz network exists on the devices of its community of users, generating “zooz” tokens with “proof of movement”. Basically, driving earns you “zooz”, which can be used to pay for rides from others in the community. It’s self-sustaining and truly decentralized ride-sharing.

Of course, we’d be remiss not to mention the Israeli Synereo platform, which was recently singled-out as a major Ethereum contender. Lately, the company expanded operations beyond its initially proposed decentralized social network, to a blockchain enabled decentralized computation platform that could run an entire array of decentralized applications.

Companies like Synereo and Colu providing access to blockchain architecture are vital to the further growth of the industry, allowing more companies to enter the market, limited only by the scope of their own imagination.

Blockchain startups in fintech may land massive pay-outs if they can successfully penetrate the huge financial markets. However, it’s important to remember that finance is a heavily regulated, slow-moving industry that requires strict adherence to rules and protocols. This process will be timely, costly and require discipline; qualities which many Israeli startups don’t have. Moreover, at their core, these fintech applications merely offer centralized, third-party banking and financial institutions mediating between individuals.

In comparison, applications like Revelator and La’Zooz are redefining markets by using blockchain’s truly trustless, secure, peer-to-peer attributes. Such markets are significantly more flexible and less regulated than finance. Perhaps they are more risky, with lower short-term profit, but the real, long-term pay-offs of blockchain may just be beyond fintech.