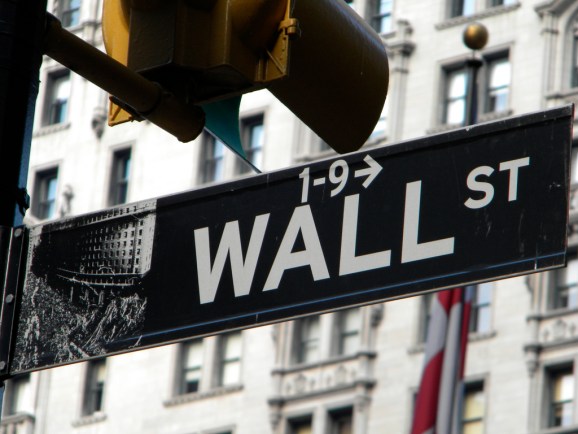 You often hear about the knockdown, drag-out debates, between CEOs and their investors about when a startup ought to go public, or indeed whether it should at all. During the recent past (as in the past 18 months), it was common to hear the argument that going public was too onerous for fast-growing startups. Far better to raise more money in the private markets than be subjected to public market strictures, the logic went — and, pushed to its extreme, why ever go public at all?

The poster child was Mark Zuckerberg. The genius of staying private for as long as possible was how it worked out for Facebook. And as long as the money was available for very large, late-stage rounds, there was no reason to declare a winner in the private vs. public argument. Just keep raising those rounds, call them “private market IPOs,” and all will be fine. Until private market money is a lot harder to come by. Like it is now.

Today the question of going public is one that demands an answer. So here it is: If you are tech company selling to the enterprise and you have the option, go public. Got it? Go public.

Forget your bellyaching about how miserable the public markets will make your life. For me, that is the point. At least one of them.

You need to move out of your parent’s basement

Venture capitalists are the perfect parents for a certain stage in a startup’s life. We VCs are great – or should be — in the early stages of a company. We can help founders find their leadership legs, recruit people, and add a layer of accountability in the marketplace. We’re another neck to choke, if it comes to that.

But those companies that are even considering going public, should, if their company has grown appropriately like any promising youngster, be ready for a different kind of parenting.

They need parenting that isn’t so coddling, that pushes the company harder and expects more. That is the kind of parenting that the public markets offer. It is simply a higher bar for companies. Going public is a test and, if you pass it, a validation of every aspect of your company – your product, your business model, your value exchange with customers, and your long-term vision. Being accepted by public market investors validates the narrative around your company, why you are a leader, why you are on a continuous growth curve — in short, why you matter.

Let’s separate public market performance, the ups and downs of share price, from the achievement of going public. It’s the latter I am talking about. Stock price clearly matters, but that is something that initially investment bankers will toil over, and the market will adjust over time.

Too legit to quit

Simply the act of going public sends a very strong signal – not just to investors, but also to employees and customers. For employees, an IPO is clear validation of a company that is built for the long run, and one that can offer life-changing returns as stock in the company vests.

Those same qualities of solidity and legitimacy are important to customers, especially enterprise customers. When you’re sitting down with the CIO of  ____ (fill in your favorite massive multinational bank, transportation company, or other conglomerate), trust me, to them, being a public company matters.

They know that if you’re public there’s a certain rigor to the way you operate your business both financially and along a number of other operational and ethical dimensions. They know it’s unlikely you’re going out of business anytime soon.

As a public company it’s far less likely that you’ll be gobbled up by some larger company and that the technology or service you provide – on which they are in part betting their own company and roadmap – will get buried or cast aside. When you’re private, those things are more opaque, and it can make it harder for big customers to really buy into what you are selling.

And yes, there is the money

Initial public offerings are designed to raise capital. Too often in Silicon Valley, IPOs are viewed as some financial finish line. For some VCs, and other private market investors, that might be the case, but in the continuum of a company and for long-term investors, an IPO is really the start of financial maturity. It is the beginning of adulthood, and with that comes some real benefits.

Liquidity, for starters. Within the rules of the SEC and those defined by the company, employees can buy and sell stock. And once you are public and attract a following among analysts, your ability to attract more capital, should you need it, gets much stronger. You can raise more money when the time and the terms are right.

I don’t want to suggest that going public is at all easy. Only a very few private companies in whatever space it is you occupy will make it as public companies, and that is at it should be. In the SaaS space, the financial metrics should absolutely hew to the 40 percent rule – the idea that your growth rate percentage plus profit percentage should equal or, better yet, surpass 40 percent. But the pain and the rigor required to go public results in companies that do matter and do last. And isn’t that the point?

It has been popular to downplay the IPO option among founders and even some private market investors. Thankfully, what’s popular changes. The old IPO maxim, especially for enterprise tech companies, has never been truer than in this financial climate: Real companies go public.

Ravi Mhatre is a Partner at Lightspeed Venture Partners and focuses on investments in enterprise IT, mobility, and Internet, and cloud-based services and applications. He has 17 years of venture capital experience and before entering venture capital ran a product management group at Silicon Graphics, worked in management consulting at Booz Allen, and worked as a software engineer for BDIS, a Silicon Valley biotech instruments manufacturer. Follow him on Twitter: @ravi_lsvp.