Wild City Rush is the first game from Sviper. 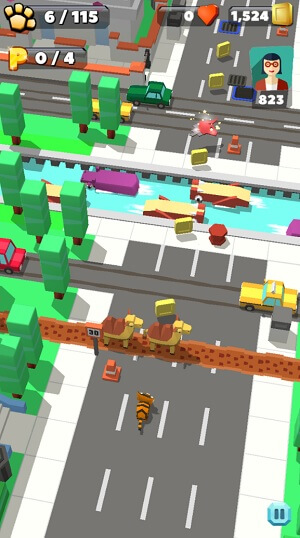 The funding shows that it’s still possible to get money to create a mobile-game studio, something that is increasingly rare in the highly competitive $36 billion mobile-game business as developers seek havens in virtual reality and augmented reality. The funding will enable the gaming studio to expand its operations, hire team members, and launch a couple of titles in the next few months.

“The first big investment in Sviper comes with perfect timing. It enables us to start building a portfolio of unique high-quality games. With this financial backing, we will hire top talent and are in the best position to capitalize on the industry’s huge potential”, said Schaper, in a statement.

More games are in the works. The mobile-gaming market is still growing at an astonishing pace, and no signs indicate that it will slow down in the next few years, the company said.

“At GFC, we have already invested in several very successful web and mobile-gaming companies over the years,” said Matthias Müller, partner at GFC, in a statement. Sviper is definitely a company to keep an eye on in this sector. The huge expertise of the team will enable the company to grow at a fast pace.”