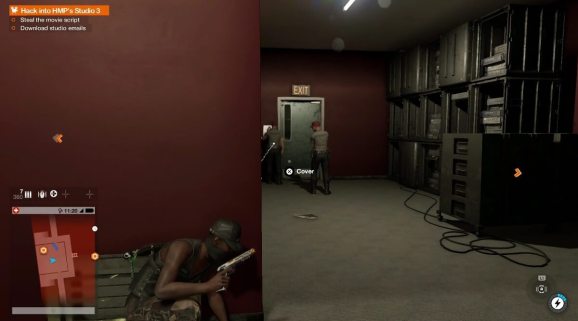 Ubisoft’s Watch Dogs 2 debuts on Tuesday on the Xbox One, PlayStation 4, and PC. It is a work of fiction, but the game is full of references to real news about hackers and their targets. In the video below, the player hacks into a movie studio and steals all of its emails. It sure seems like the 2014 cyberattack on Sony Pictures.

The game is set in San Francisco (the original title took place in a gloomy Chicago), and it has a lighter tone. It is a celebration of the hacktivism subculture rooted in the tech capital of the world. This mission requires you to go to the campus of a film studio that looks a little like Lucasfilm in the Presidio in San Francisco. But the storyline is more like a reference to the Sony Pictures attack, which revealed a trove of embarrassing emails. It is a superficial resemblance of the real story, as Sony Pictures is in Los Angeles and not San Francisco, but it brings home the point of how realistic the threat of cyberattacks are.

Another example of the connection to the real world is a mission where the hacktivists, known as DedSec and led by protagonist Marcus Holloway, steal a talking smart car from a film dubbed Cyber Driver. The mission is a clear reference to Knight Rider and the K.I.T.T. smart car in the real television show.

While Ubisoft considers this series to be a work of fiction, it is clearly incorporating all of the news about hacktivist groups like Anonymous and Lulzsec, whistleblower Edward Snowden, corporate hacks, Silicon Valley, and the ongoing praise of smart cities.

The massive world includes parts of Marin County (north of the Golden Gate Bridge), San Francisco, and sections of Oakland (across the Bay Bridge). You can even visit a few big tech companies in a mini version of Silicon Valley. Lots of the stories in the missions are like this one, ripped from today’s headlines.

Here’s a video of the mission where Holloway hacks the film studio.