It was among the worst-kept secrets in recent smartphone launch history, but OnePlus has finally unveiled the latest device in its flagship mobile phone lineup.

The OnePlus 3T comes five months after its OnePlus 3 predecessor was brought to market, and many rumors have abounded over the past month on what the Chinese smartphone maker would have in store this time around. A combination of leaks and official teases had given some idea of what to expect, but now we can reveal exactly what OnePlus has up its sleeve, and when you’ll be able to get your hands on one of the phones. 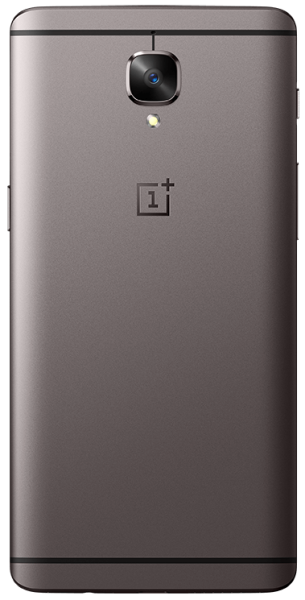 Available in soft gold and an all-new gunmetal gray variant, the OnePlus 3T pretty much looks identical to the OnePlus 3, but digging under the hood reveals a number of notable upgrades.

As previously announced, the OnePlus 3T packs a Qualcomm Snapdragon 821 processor, similar to Google’s new Pixel phones, compared to the Snapdragon 820 in the OnePlus 3, with its 2.35GHz clock speed meaning users should enjoy a faster experience.

Elsewhere, the device also comes with a bigger 3,400 mAh battery, a 13 percent increase on the 3,000 mAh offered by the previous incarnation. While the 16 megapixel rear-facing camera remains the same, selfie-lovers will be pleased to know that the front-shooter now packs the same punch as the rear — double that of the OnePlus 3. Related to this, the rear camera now promises a “more durable” sapphire glass screen to protect it from thumps and knocks, while the electronic image stabilization (EIS) algorithm has been updated to make videos more stable in a world full of shaky hands.

In addition to a 64GB version of the phone, OnePlus is also selling a 128GB unit, which is the first time ever that OnePlus has gone that high with its on-board storage. All previous versions have been restricted to 16GB and 64GB.

Finally, all OnePlus 3 / 3T owners will finally receive the Android N (Nougat) update by the end of 2016.

The song remains the same 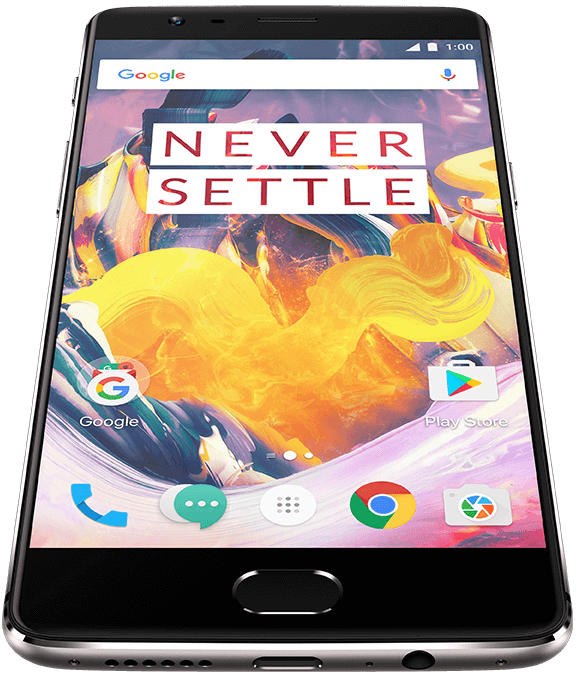 Some rumors had suggested that OnePlus may switch to a LCD display with the 3T, but we can now confirm that it is sticking with the same 5.5-inch AMOLED screen as its predecessor.

Other specifications that are sticking around include the 6GB RAM, USB type-C port, and NFC capability that the OnePlus 3 ushered in. It also packs the same Dash Charge feature that promises to give you a day’s worth of power in half an hour of charging, while all models are dual nano-SIM as standard, have fingerprint scanners, and feature a physical alert-slider to easily silence your phone while it’s in your pocket.

OnePlus gained significant attention for its low-price, high-spec Android phones, kicking off with the OnePlus One in June 2014. Since then, the company has launched the OnePlus 2 (August 2015), OnePlus X (November 2015), and the OnePlus 3 (June 2016), making the OnePlus 3T the company’s fifth smartphone to go to market.

It’s worth noting here that OnePlus has previously launched two smartphones close together — the OnePlus 2 was followed by the OnePlus X a few months later, but those devices were pretty different in terms of aesthetics, specs, and target market. With the OnePlus 3T, what we effectively have is the same device as the OnePlus 3 but with slightly better specifications — it does seem a little odd on the surface, when it could have kept these improvements for the inevitable launch of the OnePlus 4 sometime next summer.

The OnePlus 3 received stellar reviews, and was very well received across the board. So why launch a new product so soon after?

“We always want to make the best products possible,” explained OnePlus cofounder Carl Pei. “We have been making updates to the software experience on a regular basis, but you can only take software updates so far. Our team has also made important hardware improvements, and we didn’t want to wait another full cycle to bring them to our fans.”

Then there’s the issue of those customers who recently bought a OnePlus 3 only to discover that a better version of the device has been brought to market soon after. Short-term, this may have little impact, but there has already been some negative murmurs on forums, so this move could serve to alienate the early-adopters and brand champions. When it’s time to launch the OnePlus 4 in 2017, there may be a little hesitation to part with cash if there’s a suspicion a better version of the device may be launched a few months down the line.

“We’ve seen some comments online,” said Pei, “but I feel that releasing two products in a year is significantly less than the vast majority of other smartphone brands on the market. I still think it’s fair — one refresh a year, and one new device a year. We wanted to try it [this way] this year, because we had some updates we wanted to make.”

VentureBeat will be going hands-on with the OnePlus 3T soon, so stay tuned for our initial impressions.