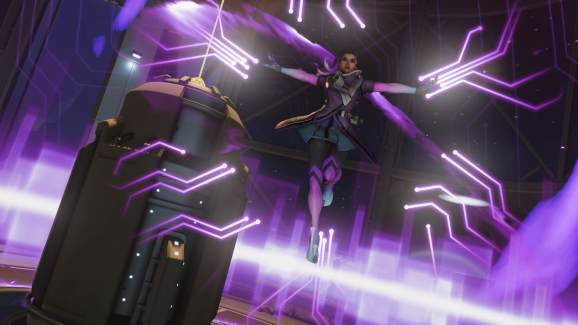 Sombra seems like a powerful and interesting new character.

Blizzard has released a new patch for Overwatch that adds Sombra, the new hacker hero, to the team-based shooter for PlayStation 4, Xbox One, and PC. The update also has the new Arcade mode, which adds new types of matches, including 1-vs.-1 and 3-vs.-3 games. Overwatch already has over 20 million players since it launched in May, and new content like this will keep them around.

This update also prepares for the third season of Overwatch’s competitive mode on November 30 (Season 2 ends on November 23), where players receive a skill ranking based on how well they play. Blizzard noted that more players than it had anticipated fell into the Gold and Platinum tiers — which are right about in the middle — without advancing. This time, it plans to place players more broadly across all skill tiers and give them more room to grow.

The patch also brings some changes to existing characters. For example, the sniper/healer Ana’s nanoboost ability no longer increases a player’s speed. Also, the mech-riding D.Va has an extra 100 health while in her robot, and the time it takes until she can call down her mech is now 20 percent faster. Notably, all hero ultimate abilities now take 25 percent longer to charge.