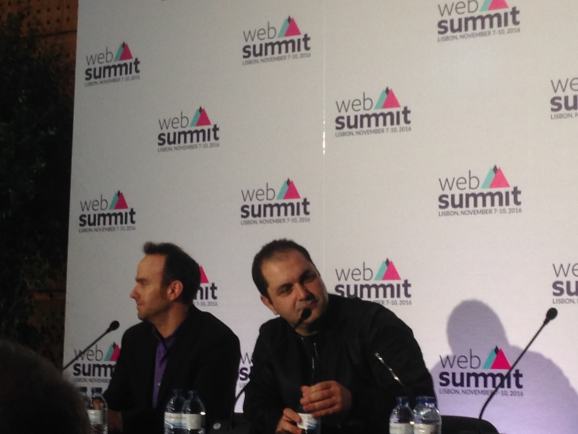 In the wake of the upset victory by Donald Trump last week, a small group of entrepreneurs and venture capitalists have raised the prospect of California leaving the United States.

Immediately dubbed “Calexit,” after the “Brexit” vote by which the United Kingdom will leave the European Union this summer, the mini-movement was seemingly ignited in a series of tweets by Sherpa Capital’s Shervin Pishevar.

At the Web Summit last week, during a press conference for Hyperloop One, Pishevar declined to spend much time talking about his plans for California secession, except to emphasize that this was not just a knee-jerk tweetstorm in response to the victory of man widely despised across Silicon Valley.

“I am very serious,” Pishevar said at the press conference. “And it’s not just me. It’s others. There will be other announcements about that coming up.”

The chance of any state actually leaving the union is less than a longshot. And it remains unclear what Pishevar’s plans are. But what is clear is that he has remained focused on the topic.

It's too late in election cycle to change electoral college votes. Trump is President-elect. We must focus on local empowerment & resistance

Reiterating @NewCalifornia16 & I've never had anything to do w/ YesCalifornia. TBA is 3rd party around states/individual rights vs federal https://t.co/xIoCYV7PtQ

Meanwhile, he also still continues to express his unambiguous feelings about the new president-elect.