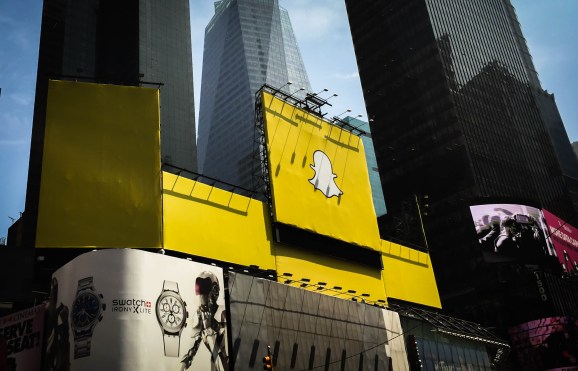 Oh Snap, indeed! The company formerly known as Snapchat is going public — at least that’s according to a report from Reuters, citing sources. The ephemeral messaging app maker turned camera company has filed confidentially with the U.S. Securities and Exchange Commission.

It’s also been reported that Snap filed papers to go public before the presidential election, with the timing estimated to take place “as early as March.”

The IPO filing had been long awaited. Last month, it was said that Snap was looking to raise $4 billion in the public market with a valuation that could reach upwards of $35 billion. The firm has already selected Morgan Stanley and Goldman Sachs Group Inc. to lead the IPO.

Filing confidentially is a pattern that follows what Box, Twitter, Square, and Twilio have done previously. It became permitted for companies with revenue of less than $1 billion, following the passage of the JOBS Act.

Should Snap go public soon, it’ll follow a number of tech IPOs in the past couple of years, including BlackLine, cloud spend management company Coupa, Twilio, Dell spin-off SecureWorks, network hardware firm Acacia Communications, Nutanix, Match Group, Atlassian, and Square. With the exception of Line’s $10 billion IPO, Snap could have one of the largest filings in the tech space in the past two years.

Originally a ephemeral messaging app, Snap has evolved to become a more well-rounded technology company with the hopes that by branching out into hardware, it can prove to potential investors that it’s worth their money. In September, the company rebranded itself from Snapchat to its current name and unveiled the first hardware device, which it called Spectacles.

Just how much revenue the company gets from its advertising, which has been a hot item among marketers eager to appeal to the younger demographic of 150 million monthly active users, will be interesting to find out. It’ll also be worth gauging how this will affect advertising across other platforms such as Twitter, Facebook, and Google.

A Snap spokesperson declined to comment on the news.