Indie game studio Pixowl had a big hit with its mobile game The Sandbox, a user-generated content game where you can create just about anything with pixel art. Pixowl launched a sequel, The Sandbox Evolution, on mobile devices in July. And now it is debuting on Steam.

The original game debuted in 2012 and it has been downloaded more than 25 million times. With The Sandbox Evolution, the San Francisco company has created another 2D pixel-art world-building game for “makers” who want to create, share, and play original games.

The original Sandbox — where you just tap the screen, mix elements, and create — is still adding thousands of new players a day, said Pixowl CEO Arthur Madrid, in an interview with GamesBeat.

The Sandbox Evolution empowers players to craft worlds or destroy universes and also lets players create their very own games. The sequel gives players more freedom and creativity. It has improved physics and side-scrolling worlds 10 times bigger than its predecessor.

Players pick from a variety of characters and heroes to build worlds and choose from over 200 elements and design with various entities, game-making blocks, platforms, enemies, portals and characters, pixel art drawing colors, and more. Once a new world has been created, players can share them in the online gallery or create a retro-style platformer level with a brand-new, easy to use game maker. 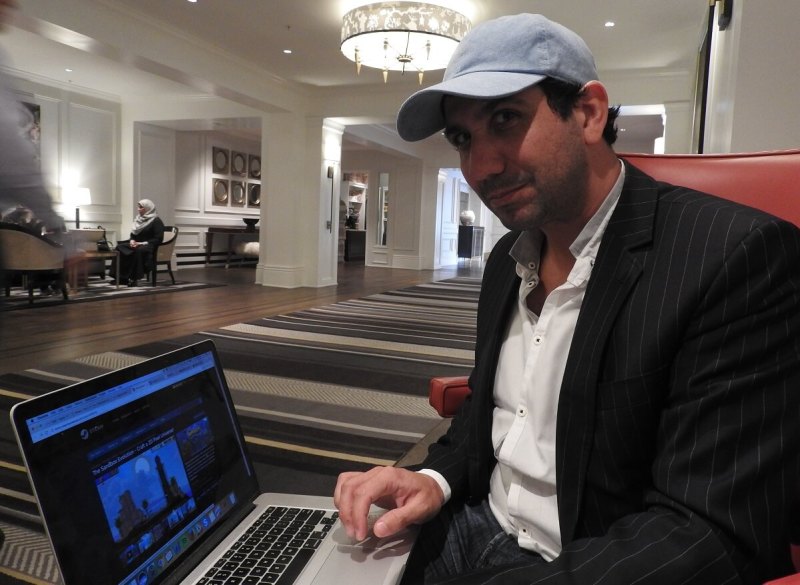 Above: Arthur Madrid, CEO of Pixowl, shows off The Sandbox Evolution.

Players can now create their own games and controllable heroes. In the prior game, users created more than 1.7 million user-created and shared worlds.

Pixowl was founded in 2011, with a headquarters in San Francisco and development studios in Buenos Aires, Argentina. Its other titles include Peanuts: Snoopy’s Town Tale and Garfield: Survival of the Fattest. The original The Sandbox launched on Steam in 2014.