Esports events can fill a big stadium of fans who watch video game pros play for $20 million in prizes. But compared to traditional sports, esports still have a long way to go.

One telling statistic: Traditional sports leagues such as basketball monetize fans at about $15 per person. Esports right now is monetizing at $2.83 per person, according to market researcher Newzoo. Everyone is out to change that.

I recently attended the “Intel Buzz Workshop: The Future of esports” in Los Angeles and moderated a couple of panels. One of them was about the evolution of esports, and we discussed the parallels and differences between esports and traditional sports.

Our panelists included Kurt Pakendorf, chief strategy officer at Faceit; Craig Barry, executive vice president and chief content officer at Turner Sports; and Alex Birns, an investor at Santa Monica, California-based venture firm Anthos Capital. We took a deep dive into the subject, digging out interesting opinions such as the desire by everyone to have player-supported unions and more regulations. 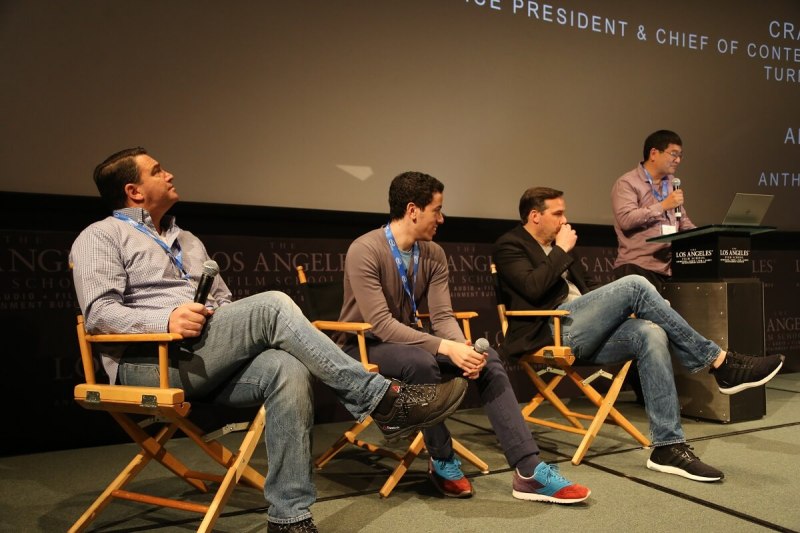 Craig Barry: I’m executive vice president and chief content officer for Turner Sports. I’m a relative newbie in the space. I’ve been broadcasting, traditional broadcast business for the last 27 years. Thanks to Tobias, I’ve been in this space about the last year and a half. I can give you the newbie’s perspective.

Alex Birns: I’m here representing the venture community in esports. I’m actually a big investor in Faceit through Anthos. We look at a lot of stuff in gaming, esports, areas like VR and other technologies, in addition to traditional media and a variety of other sectors. We’re investors in Machine Zone, who make Game of War and Mobile Strike.

I grew up in playing games. I’ve logged thousands of hours on MMO, DOTA, Counter-Strike, Hearthstone, everything. It’s been interesting to see that evolve over the past handful of years since Twitch launched.

Kurt Pakendorf: I’m the chief strategy officer at Faceit. I came to gaming through a legal background. I worked in middleware for video games and other technology. I moved to Faceit as part of the team that put together their CS league, negotiating with teams and Twitch and other partners.

GamesBeat: If we’re talking about the comparison to real-world sports, Newzoo says that traditional sports leagues such as basketball monetize fans at about $15 per person. Esports right now is monetizing at $2.83 cents per person. Everyone is out to change that. We’ll see how that can happen. Viewed more optimistically, esports revenues are on pace to generate more than $493 million in 2016. That’s up 51 percent on just a year ago. I’ll start with the basic question. What do esports need to do to progress?

Barry: I’m passionate about gaming. I’ve been a gamer my whole life, although I’m relatively new to esports. When you ask about the comparison to traditional sports leagues, it’s a pretty big disconnect now. At Turner, obviously, we do the NBA, we do MLB, we do March Madness, and so on. It doesn’t matter if you’re ELeague, MLG, ESL, or whatever. We are not leagues. We’re tournament operators that go out and put on high-end tournaments. We don’t own the IP or the franchises or the teams. There are no by-laws for the players or teams. When you get to real professional sports leagues, the IP is controlled by the league. Everything falls under that umbrella. That’s why it can be extremely profitable and build an ever-growing fan base. It’s easy to connect yourself to a team and a player.

The hierarchy of professional sports fundamentally goes player, team, consequence. That’s why people love sports. They emotionally connect themselves to a player, who ultimately plays for a team. Different sports have different emphasis. College sports are more about the team than the player. But then you look for the consequence. Esports, because of the fractured nature of where it lives right now, it lacks that emotional connection to players and teams and ultimately the consequence.

Overwatch and Blizzard just took a big step. That franchise model — building a league, owning the teams, owning the IP, having a draft and a combine, and building out a real league everybody can get around — is the right model for the growth of esports at the professional level. There’s nothing wrong with what we do from a tournament activation perspective. We do it very well. But if we’re talking about the stake in the ground, growing the business, and creating something that people can attach themselves to for years to come, then we’re talking about a more established league environment. 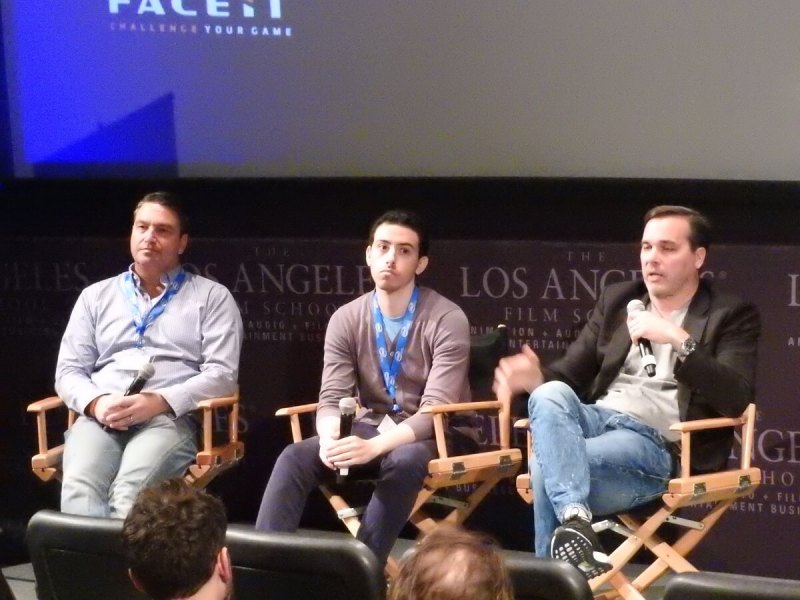 That’s why it’s important that we see professional teams coming in, whether it’s NBA teams or NFL teams. They’re going to provide structure to what really has no structure right now. They understand the structure of leagues and teams. It’s an important step in the evolution and growth esports.

Birns: Ultimately, the reason why the NFL and NBA and many of these other leagues monetize so well is because they’re more or less monopolies. The problem, from our perspective — the reality in esports — is that things are pretty decentralized and fragmented in the overall landscape. Publishers own the IP. The IP isn’t static. Games become more or less popular as a result of what publishers do. How they think about esports varies a lot. Valve and Riot couldn’t be more different in how they approach this stuff.

The addition of structure, and perhaps some mild centralization — it’s also going to be good for a lot of players when it comes to being able to make what they’re worth, as opposed to just being spread all over the place. But there are other reasons, structurally, why it’s going to be tough to monetize esports to the same extent as traditional sports, at least in the near term. Digital CPMs, the amount of money you can make on advertising compared to TV, is much lower. The audience is much more global. People are still trying to figure out the best way to monetize users in Russia or eastern Europe or Asia, whereas something like the NBA is dealing almost entirely with American viewers.

We’re also just early in the process. It took a long time for a lot of that stuff to come together in traditional sports. Football and basketball had their early days with multiple leagues. Baseball was very different in the ‘20s and ‘30s compared to today. Watching games on streaming video has been around for less than 10 years, and in a big way for less than five or six. It takes time for the right business models to appear and evolve, to understand what’s different about users and what they want, what the right content is for the space. Getting all that right takes cycles. It’s hard to rush it. Publishers and developers are still trying to figure that out.

Going forward we have people making games with esports in mind, as opposed to creating esports hits by accident with games that aren’t necessarily designed as spectator sports, or for monetizing on the esports side. There’s going to be a lot of work going into that. There’s a ton of room to improve relative to where things will be in a few years. Whether we’ll hit the numbers traditional sports hit is a good question. Maybe not. But this can still be a big business without getting anywhere near that.

Pakendorf: Alex was referring to structure. What will be key is providing some certainty. For the industry itself, we need to create an ecosystem in which participants — people organizing events, people running leagues, people creating and distributing content, teams committing to establishing themselves in that ecosystem — have a greater sense of certainty around how they operate and how long they’ll be around. That will go some way to helping the industry grow and draw more fans in.

From the non-endemic side, you look at big traditional family brands that are looking at esports and asking, “How and where do I get involved?” “Well, there’s an event in three weeks’ time. You can sponsor that.” “Who’s going to be there? These guys or those guys?” That’s a big ask for brands. Whereas if there’s some certainty — you know who’s going to be where at what time, you can say more about the outcome — there’s going to be growth. It enables the ecosystem to benefit everybody.

We can take lessons from more traditional sports as far as how we grow what we do. But I think structure, at this stage, and certainty will help drive growth first and foremost. 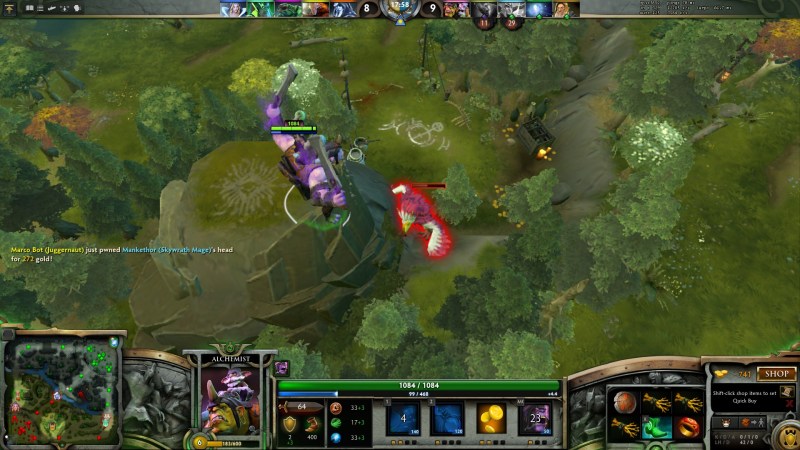 Above: Valve’s Dota 2 in action and running on the original Source engine.

GamesBeat: We have $20 million prize pools. We can fill stadiums. This feels like a financial success right now. What else is missing?

When it comes to the economics of esports, that code has not been cracked. The IP holders, the publishers, are by far leveraging the most opportunity in esports. When you see these massive events — BlizzCon or the International — these are multi-million dollar events that are built out of marketing budgets to raise awareness around the publisher. They’re not looking to make a profit on the event itself, and quite frankly I don’t think they do. The Call of Duty event at the Forum where Snoop Dogg played was extremely expensive, and it was a marketing play.

In our business models — ELeague or MLG or ESL — nobody’s cracked that code. We’re all still at the vestment stage of esports. We have a passion and belief in the potential behind esports. For us at Turner, it’s important that — the two simple reasons we got into esports, when we were looking at all the numbers, were that we felt we could make a difference through quality of content and quality of storytelling. We’re content creators at our core.

That was the differentiator for us. It wasn’t like we see an opportunity to leverage the economics of this business and make it the most successful business we’ve ever gotten into. We felt like we had the opportunity to serve a community and build something from the ground up and differentiate ourselves from everyone else in the community through content creation and execution. That said, that’s a slow burn. There’s no lightning striking there. We don’t stand this thing up and suddenly we’re making three times the money invested. This is a marathon for us.