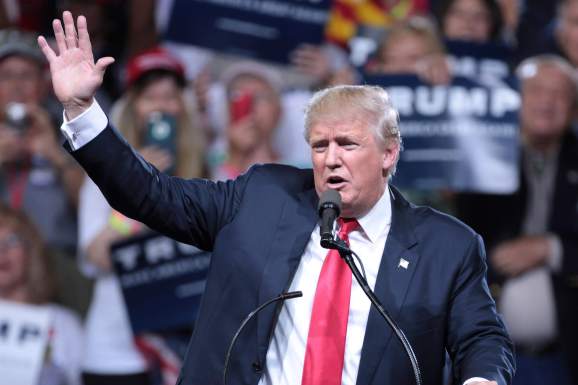 Tech advocacy groups and watchdogs have little idea what to expect from a Trump presidency, and their anxiety is rising. Concerns about a lack of cyber security expertise, increased digital surveillance, and possible trade tariffs are reverberating throughout Silicon Valley.

The lack of information is “unprecedented,” says Chris Calabrese, vice president of policy at the Center for Democracy and Technology. While the president-elect has, over the years, commented on issues spanning HealthCare.gov, mass surveillance, and online gambling, Trump has pulled a 180 on a number of issues — including climate change and H-1B visas.

Given this back-pedaling, the dangers inherent in Trump’s presidency depend on which campaign promises live on inside the administration come January 20, 2017.

“Unsurprisingly, on almost anything that’s not immigration and trade, the Trump campaign has been pretty vague about what their policy would look like. He’s talked a little about cyber security, but ‘we’re going to be tough’ is not exactly a white paper,” says Cato Institute senior fellow Julian Sanchez.

“President-Elect Trump has promised to deport millions of our friends and neighbors, track people based on their religious beliefs, and undermine users’ digital security and privacy,” says EFF consulting technologist Erica Portnoy.

“If Mr. Trump carries out these plans, they will likely be accompanied by unprecedented demands on tech companies to hand over private data on people who use their services,” says Portnoy.

“If anything, companies are probably anxious because there just isn’t the sense that [Trump] has ever thought about a lot of important tech issues, so they have no idea where a Trump administration is likely to come down on any number of important questions for them,” Sanchez notes.

Trump’s cabinet offers clues as it starts to take shape.

For attorney general, Trump has selected Jeff Sessions, an advocate of expansive government surveillance, an opponent of immigration reform, and a critic of Apple’s stance in the San Bernardino encryption case.

For the head of the C.I.A., Trump has picked Mike Pompeo, also an advocate of expanding government surveillance powers, who has intimated that simply using encryption signals guilt — “The use of strong encryption in personal communications may itself be a red flag,” said Pomeo in January.

However, Trump’s National Security Adviser pick, Michael T. Flynn, may have friendly feelings toward at least one technology company: Palantir.

Palantir founder Peter Thiel has been Trump’s lone Silicon Valley ally and is a member of the president-elect’s transition team.

Sanchez says Trump’s team may not reflect Silicon Valley’s ideals, but “we may in retrospect be glad that he has at least one” technologist there. “I have to at least imagine Thiel understands why encryption is important and why mandating backdoors, for instance, would compromise everyone’s security. At least there’s someone in the circle. I don’t know how successful he’s going to be.”